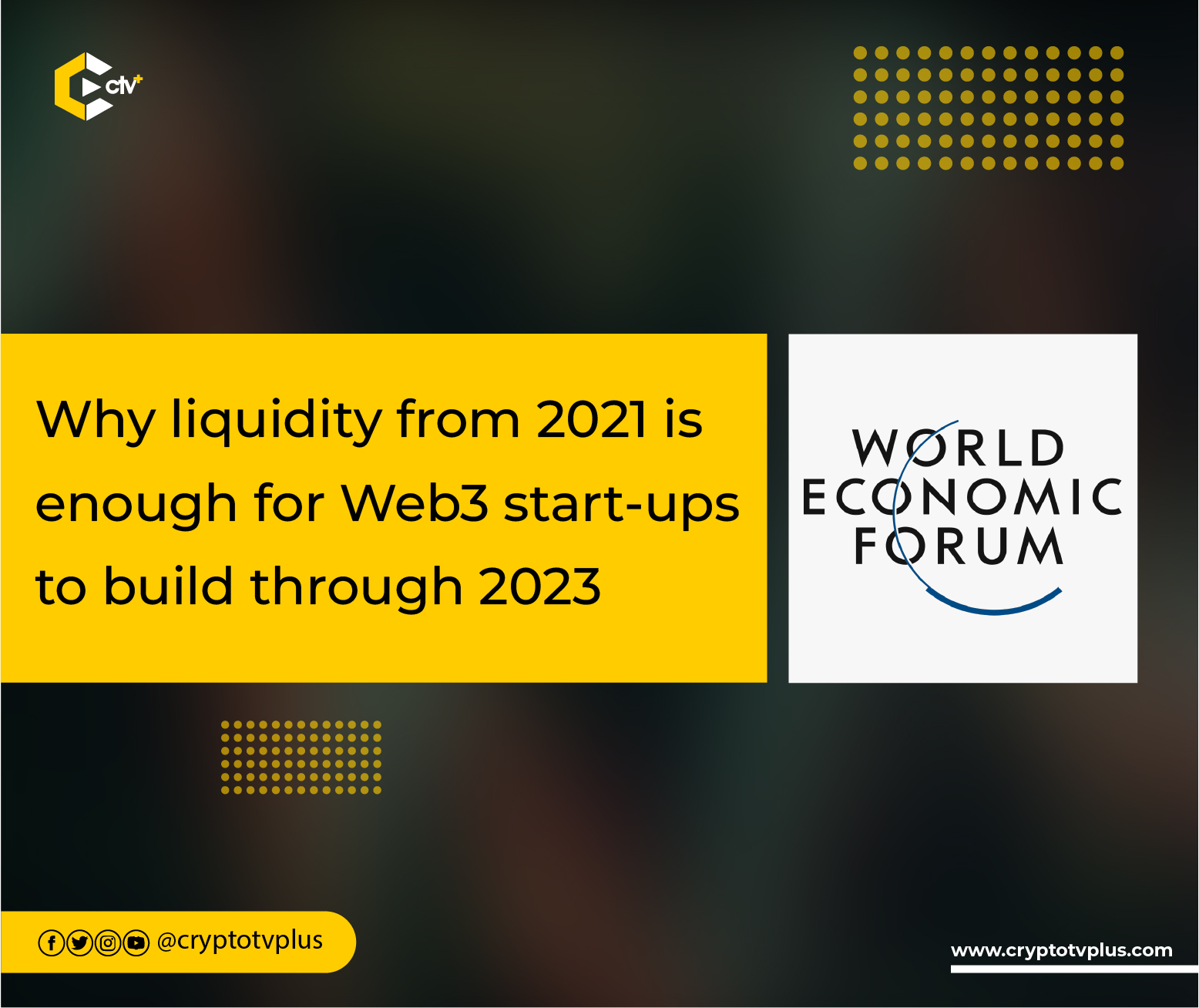 Signs of an upcoming global recession are on the horizon. The World Bank has projected that the increase of interest rates by central banks across the world to curb inflation could trigger an economic recession. If an expected recession occurs in 2023, what will be the hope for businesses and startups, particularly in the Web3 space?

Roelof Botha, a partner at Sequoia Capital, stated at Davos 2023 event that the recession will not affect start-ups, especially those in Web3. The liquidity available to these start-ups can pull them through a recession. But why is this so?

Roelof highlighted that the bull run of Q4 of 2020 and the whole of 2021 brought in a lot of liquidity for these start-ups and so they are stocked with a lot of cash at their disposal. Looking at statistics from Galaxy Digital, VCs invested more than $33 billion in crypto and blockchain startups in 2021 which is larger than all investments ever made in crypto. In 2022, the amount was over $30 billion.

The Sequoia Capital partner also revealed that the impact of the recession on VC startups is not always much because the focus is on building solutions that get better in a bear market where there is less noise to focus on what matters.

Speaking about how businesses should deliver products during a recession, the governor of the French Central Bank, François Villeroy de Galhau, said that innovation should not be dependent on interest rates.

He said this as a response to the fact that whenever there is an increased interest rate from central banks, there is always a clash in the society. Innovations and products should be built based on needs and not the numbers from interest rates.

In addition to the dynamics of recession in 2023, the governor of the French Central Bank, François Villeroy de Galhau said that despite the Russia-Ukraine war, there is a need for the global financial ecosystem to avoid a recession. As a core member of the ECB, he asserted that the European Central Bank is capable of reducing inflation, if it rises, to 2% by 2025.

The CEO of Mastercard, Michael Miebach added that as a recession seems to be closing in, consumer trends show that people are prioritizing what they do with their money after the COVID-19 pandemic. And as for Consumers in the US, they are doing just fine, he added.

Connecting the recession to the impact of the Chinese market, Adena T. Friedman, Chair and Chief Executive Officer of Nasdaq, revealed that there will be a return of the Chinese consumer as the effects of COVID-19 decline and the country reopens for market activities. She also pointed out that the OECD economies will weather the storm of any recession coming.