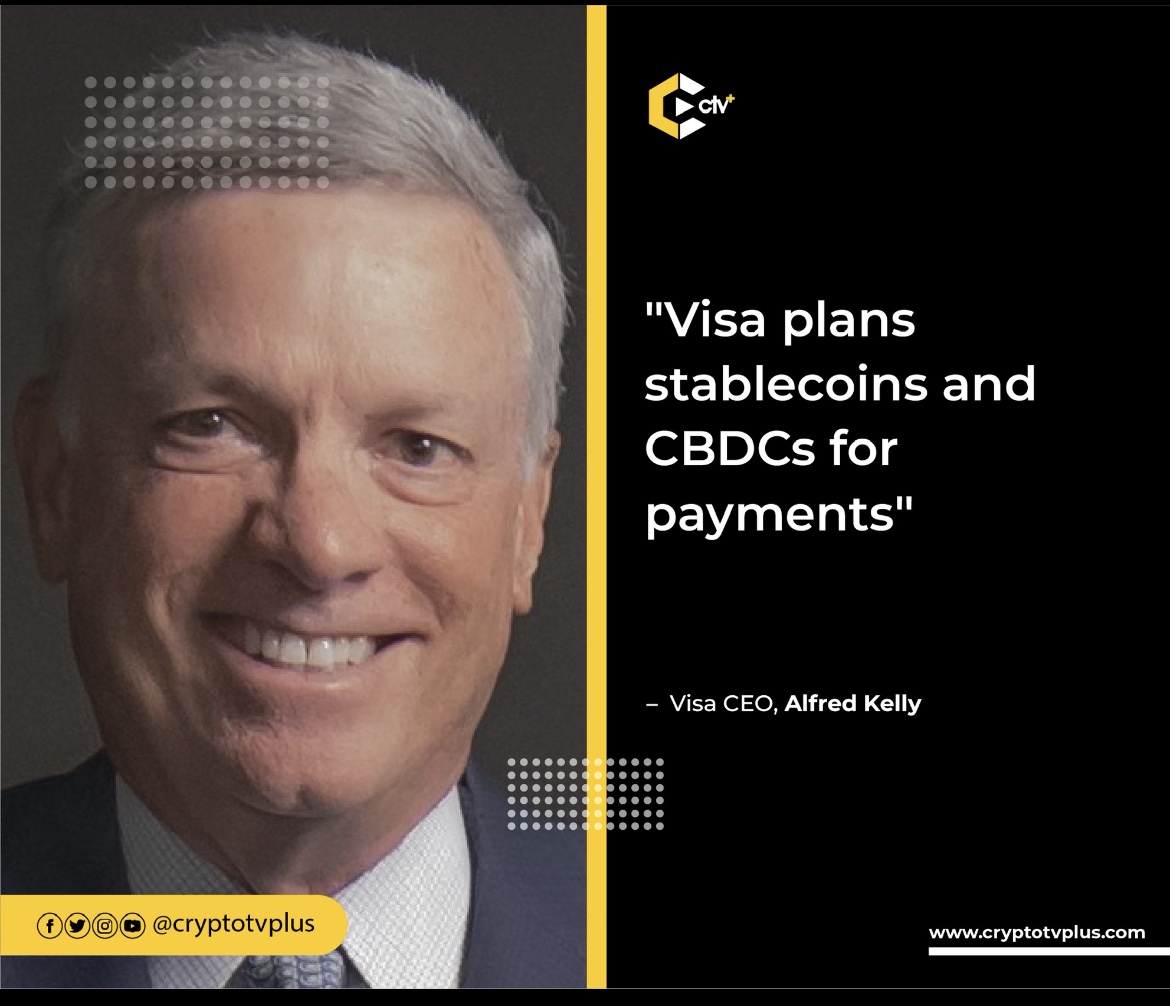 The CEO of Visa, one of the world’s largest credit card companies, has reaffirmed his belief that blockchain-powered solutions can be integrated into the company’s services to facilitate the next generation of payments.

This was announced by Alfred F. Kelly, the CEO at Visa’s annual shareholders meeting on January 24, 2023. Kelly discussed the company’s goals for the CBDC and private stablecoin in his speech. The company believes that stablecoins and CBDCs can play a significant role in the payments sector, Kelly said, emphasizing that the technology is still in its “early days”. He also briefly mentioned that Visa is working on “a number of initiatives”.

Kelly also leveraged the opportunity to clear the air on the current financial status of Visa after a series of chaotic experiences in the crypto space ranging from exchange collapse to bankruptcy filings to stagnated prices.

Elaborating on this as the company looks to participate in the ecosystem’s payments, Kelly said that Visa had a minimal number of assets in cryptocurrency funds and businesses. The CEO also added that the “high-profile disasters” that shook the cryptocurrency industry in 2022, haven’t had an effect on Visa’s balance sheet. In his words he stated that: “We’ve had no credit losses related to these failures […] In everything we do, please know that we’re extremely focused on maintaining the integrity of Visa’s payment system and the payment system in totality and of course, the reputation of our brand standing for trust.”

Visa’s research team started working on the Universal Payment Channel (UPC) initiative, a blockchain interoperability effort, in September 2021. The goal of the project was to create a “network of networks” that will allow private stablecoins and CBDCs to move through different payment methods. However, Visa hasn’t offered an update on the UPC in a year. Furthermore, Visa recently launched a number of “zero fee” cryptocurrency debit cards, including one with Blockchain.com on October 26, 2022, one with Huobi and another with FTX that has now been terminated.

Currently, Visa cards can be used to purchase NFTs and cryptocurrencies. Additionally, users can convert cryptocurrencies or stablecoins into fiat currency by using Visa cards. This was done in partnership with Crypto.com where crypto.com Visa cards are issued to customers to perform these transactions. Although it kick started in the U.S, Crypto.com visa cards are now available in over nineteen European countries.Currently, Visa is accepted by over 100 million businesses worldwide.

Along with these cryptocurrency facilitation, Visa is now looking into ways to provide auto payments using Ethereum wallets. The company released a proposal in the latter half of December 2022, explaining how customers can set up automated payments directly from their self-custodial wallets by removing banks and other centralized institutions.

On February 1st, Kelly will formally step down from his position as CEO. Ryan McInerney, president of Visa, will succeed Kelly as CEO and take over as executive chairman.