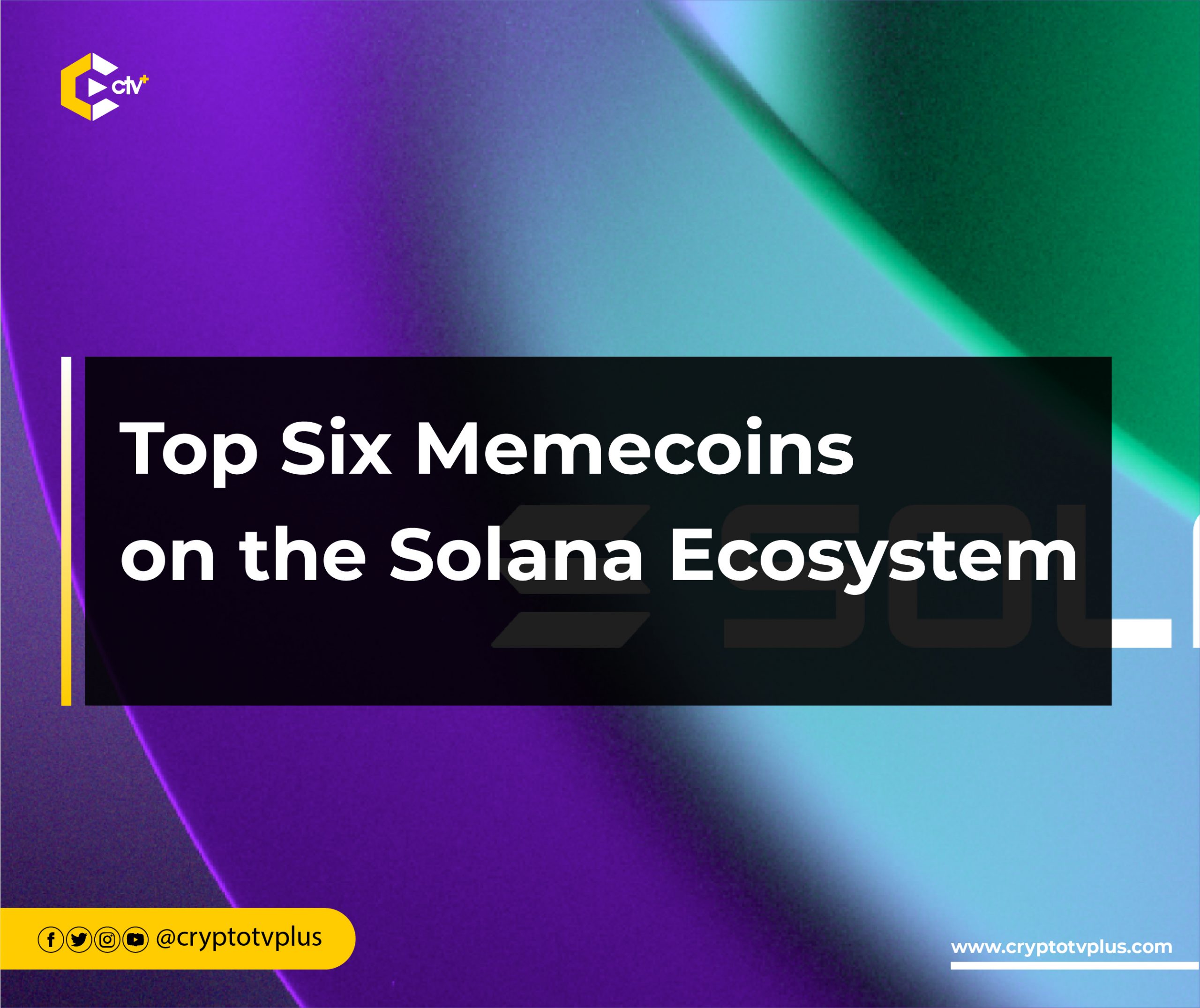 Memecoins seem to have emerged as one of the prominent trends in the crypto space. These tokens have garnered attention in the market recently and are doing the flip. As more memecoins flood the crypto market, the competition increases, and investors are faced with more choices. Built off jokes and internet memes, memecoins are a special type of cryptocurrency that is mostly driven by social influence and mimetic factors. Memecoins tend to build a community of enthusiastic online followers or traders and are identified by their unique animal, plant, or social-themed logos.

These digital assets are deployed on blockchain protocols from where they are interacted with by users. One of these blockchain protocols is Solana which is a decentralized platform and protocol housing several new memecoins. Not to be left out in the memecoins trend, this article highlights the top six memecoins in the Solana ecosystem to explore. The list is curated based on market capitalization.

Samoyedcoin (SAMO) is a Solana-based memecoins created to promote, educate and support its community. This memecoin aims to pivot into an experimental web 3.0 community coin. The project is inspired by the potential of online communities, the Solana ecosystem, and how meme coins onboarding into the crypto market surged.

Samoyedcoins has a total supply of 14 billion, a burn plan of 66% (9 billion) from the total supply, then, a maximum supply of 4.7 billion SAMO. Samoyedcoins allocated 14% of its tokens to airdrop. Samoyedcoins is currently ranking as top 30 Solana tokens based on market capitalization. SAMO tokens are purchased on exchanges where it is listed.

The SAMO ‘ecosystem’ encompasses emerging digital assets backing the community and has NFTs as one of its key features. Holding SAMO NFTs provides exclusive access to their social channels and after the SAMO DAO is developed, holders can also gain membership according to the developers of the project.

SAMO NFTs also provides users with a way to link their digital identity and indicate membership in the SAMO community using the SAMO Famo.  SAMO NFTs can be purchased on Magic Eden and Solanart.

Launched in March 2021, WOOF had an initial maximum supply of 1 trillion Tokens. After being airdropped to new users, the WOOF team bought back and burned about 98% of the supply. Woof (WOOF) currently has a 17.9 billion total supply. WOOF ranks in the top 50 Solana tokens with a current market cap of $946750.10.

About WOOF DAO: Users join the DAO by holding a WOOFer or more than 5M WOOF tokens in their wallet. The WOOF DAO helps to decentralize WOOF and the DAO members vote on the future of the project.

Woof opened staking for holders in 2022, and WOOFSWAP and WoofersMarket as other key and ecosystem features. WOOFSWAP is the woof token swap platform, for NFT swaps and trades users could use the WoofersMarket. The WOOF community is bound to one WOOFPACK.

CHEEMS is a memecoins on the Solana ecosystem that uses NFTs and the CHEEMS tokens to aid its function as community support.  The Cheems team believes that it would provide a medium for the global community to shop, game, and interact on web3.

One of the intriguing features of Cheems is the Cheems Arena. It is a F2P and P2E Card Game with a trading strategy. Players pit against each other in 1v1 battles, unlike conventional trading card games. The Arena offers users/players the ability to own in-game assets that are real and tradable. The game assets can also be purchased or earned from playing the game.

Samusky (SAMU) is a memecoins on the Solana ecosystem with the belief that meme tokens are the future. Samusky hopes not to be a Memecoins alone but to adopt staking into its ecosystem. Samusky will have the staking, then an easy-to-use DEX. On its roadmap is Automated Market Maker (AMM) as well. The key integration of the Samusky ecosystem is DeFi, however, starting as a memecoin. Samusky builds its features and community on the power of the Solana protocol.

Earning $SAMU tokens is basically by staking. Users can make a purchase of the $SAMU tokens, deposit into the staking pools and earn rewards.

BONK is a Solana dog-themed memecoins that specifically supports and focuses on the Solana platform. Bonk was launched in December 2022 airdropping approximately half of its token supply at launch.

As part of its plans, Bonk would support the Solana ecosystem through the creation of the BonkDAO. The BonkDAO is the BONK governing body overseen by the Solana community. Some BONK tokens are as well set aside for the development of the Solana community, for promotions and to facilitate initiatives.

BONK has a total supply of 50 trillion BONK and the larger pool of the token will be distributed to active Solana NFT projects and early contributors. BONK has a burn plan of 5% which was initially allocated to future development. BONK ranks in the top 60 Solana tokens and can be purchased from decentralized exchanges; Raydium, Jupiter, and oraca. Centralized exchange where BONK is listed include Bybit, Gate.io, and Huobi.

FRONK is a memecoin with a key focus on NFTs, community, and DAO. FRONK has a current total supply of 66,700,000,000,000 with 13 burn rounds (33%) completed. Fronk ranks in the top 70 Solana tokens and has a higher allocation to NFT collections and early adopters from its token distribution pool.

For NFT collections, 45% is allocated to NFTs from the pool in the form of airdrops or grants. NFT project teams directly receive them and decide how they distribute to their holders (whether through straight airdrops or staking to earn $FRONK).

From the distribution pool, 20% goes to the early community. Fronk airdropped FRONK to users who filled out their airdrop form as early adopters. The remaining tokens from airdrop distribution went to creators, developers, and builders in the Solana ecosystem. 20% would go to the FRONKDAO as well but will be dormant till the DAO is properly instituted and rightly governed.

Fronk NFTs (FRONK farmers) can be bought on secondary NFT marketplaces like Magic Eden. Other Fronk features available for community use include the FRONK staking.

There is the sentiment that memecoins herald the arrival of the bull market as a lot of crypto natives, especially newbies, capitalize on the social media hype to make huge amounts of money. Memecoins while it has made some people rich, it has also made many more poor as they lost their investments. As the memecoin market become competitive, some are adopting innovative measures to make their tokens enticing such as building actual and usable products such as launchpads, DExs. Some are now integrate NFTs and reward active community members or early adopters with the NFTs. However, while it should be explored and maximized for profit, research and education should be the first step to engaging with memecoins. Cryptocurrencies are volatile assets, trade and invest with caution.

Related Topics:MemecoinsolanaSolana Blockchain
Up Next