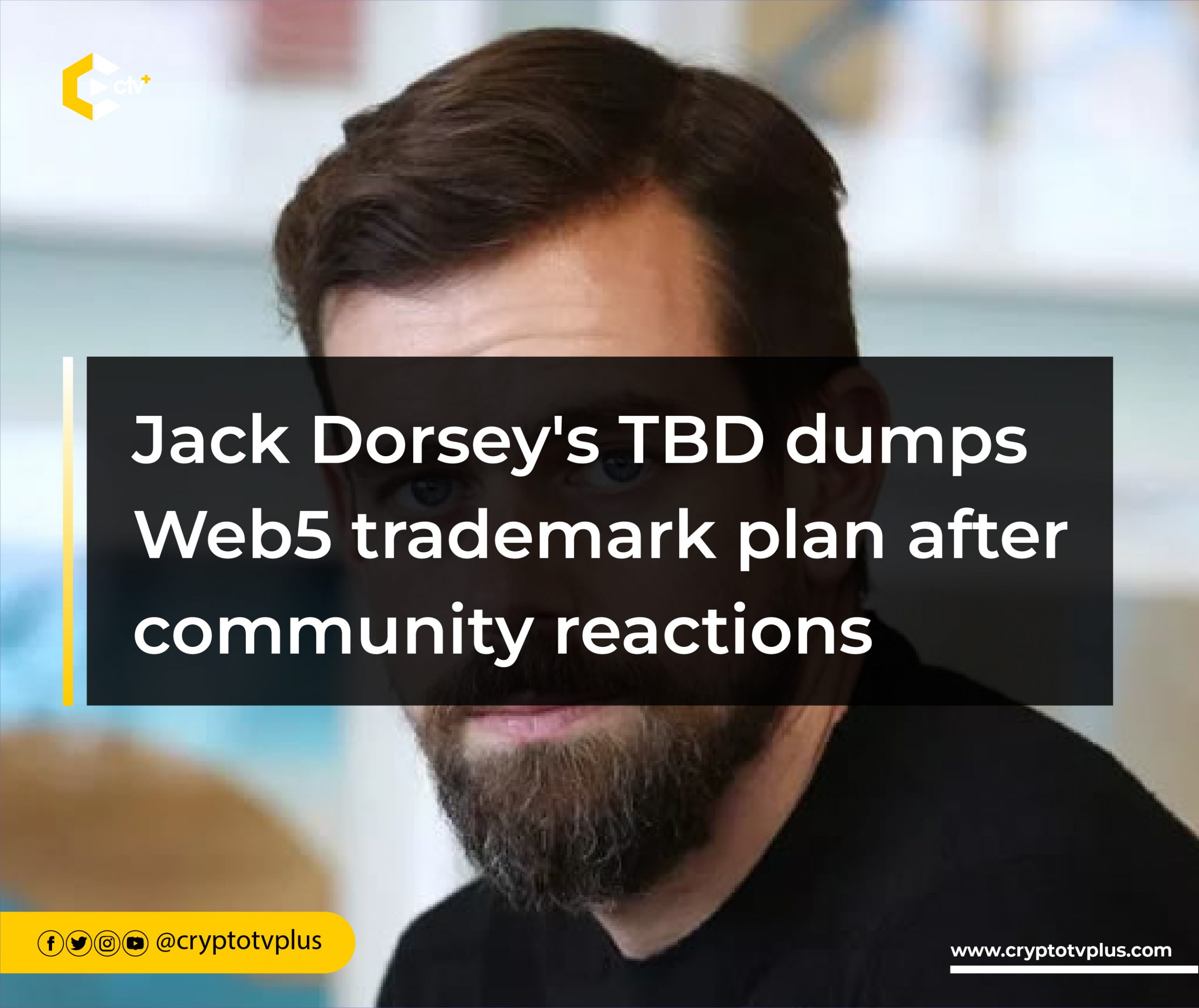 A subsidiary of Jack Dorsey’s firm Block (SQ), TBD after about 6 hours of disclosing plans to trademark the Web5 term canceled on it following a backlash, where it agreed that the voice of the community was heard and their concerns considered. TBD in a tweet made known their intention to trademark Web5 and credited it to avoid confusion over its meaning and to maintain its usage.

TBD further mentioned that the plans were because it had concerns that the term was being used to sell products and services that are unrelated to the mission of Web5, and it was also being used to exploit the public.

However, the firm added that its plans have not been abated despite having listened to “loud voices” in the community and reversed TBD plans based on the community’s concern about the likely abuse of the trademark law which might trivialize the mission of decentralization.

The firm TBD views Web5 as a combination of web2 and web3. Web5 was defined as “a truly open, decentralized layer for the new internet,” according to TBD.

Jack Dorsey also said in June this year that web5 “will likely be our most important contribution to the internet.”

The trademark decision was not to stop others from using it but to defend its principles. However, trademarking the term would mean deterring others from its usage and could misrepresent a completely decentralized internet, as the community members commented.

Trying to justify the plans, TBD’s project leader Mike Brock said the trademark would be “under the control of an independent organization, which is not owned or controlled by Block ASAP.”

Following the backlash TBD released “a note on the web5 trademark.”

TBD also mentioned that the goal is to “catalyze the community and have Web5 exist as its own thing, separate from TBD and Block.’ Nonetheless, the community does not seem to have confidence in the TBD’s Web5 mission.