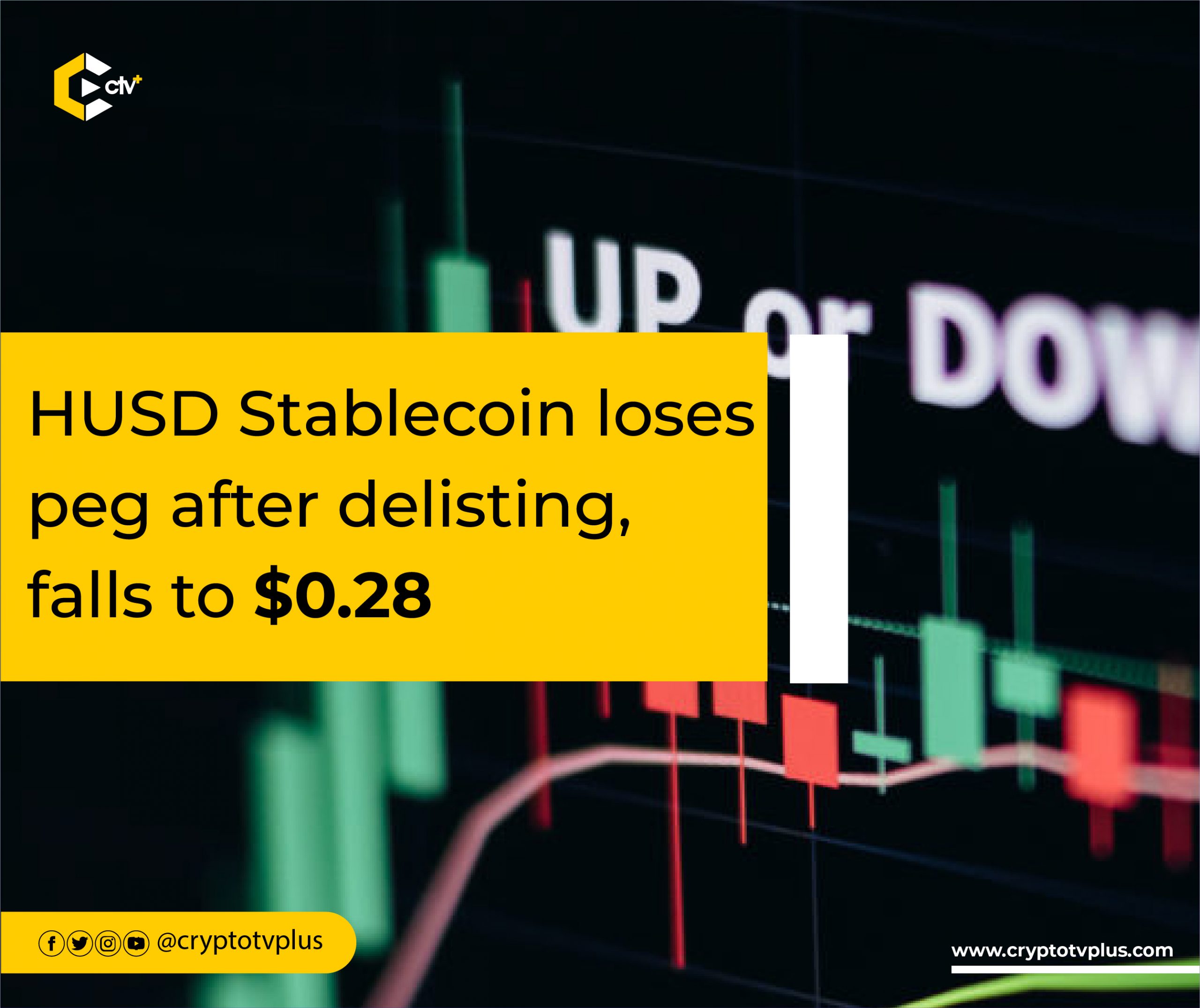 Stablecoin HUSD has lost over two-thirds of its value after suffering a depeg on October 31. The depegging incident appears to have resulted from the decision by crypto exchange Huobi to delist the stablecoin. In a notice to its users, the exchange announced the stablecoin delisting, which became effective on Friday, October 28, 08:00 UTC.

The HUSD stablecoin has served as the native stable asset of the Huobi exchange since 2018, with its value pegged to the US dollar on a 1:1 basis. Although a separate company, Stable Universal, issued the stablecoin, Huobi exchange marketed it as its native asset.

However, Huobi has announced that its users can exchange or redeem their HUSD for USDT, the largest stablecoin by market capitalization. Unfortunately, the redemption has impacted HUSD’s market cap, causing a significant decline to $58 million.

But this is not the first time that HUSD has lost its peg; in August, the stablecoin crashed 8% after Stable Universal deactivated “several accounts,” citing regulatory concerns. The latest depeg may signal the death of the stablecoin as Tron founder Justin Sun, who has also assumed a senior role at Huobi, will be adopting his own stablecoin USDD for the exchange.

The stablecoin industry has become rife with depegging incidents lately. Earlier this year, the collapse of the algorithmic stablecoin UST led to the implosion of the Terra ecosystem. While stablecoins provide a safety net against volatility, it appears they are not immune to that themselves.