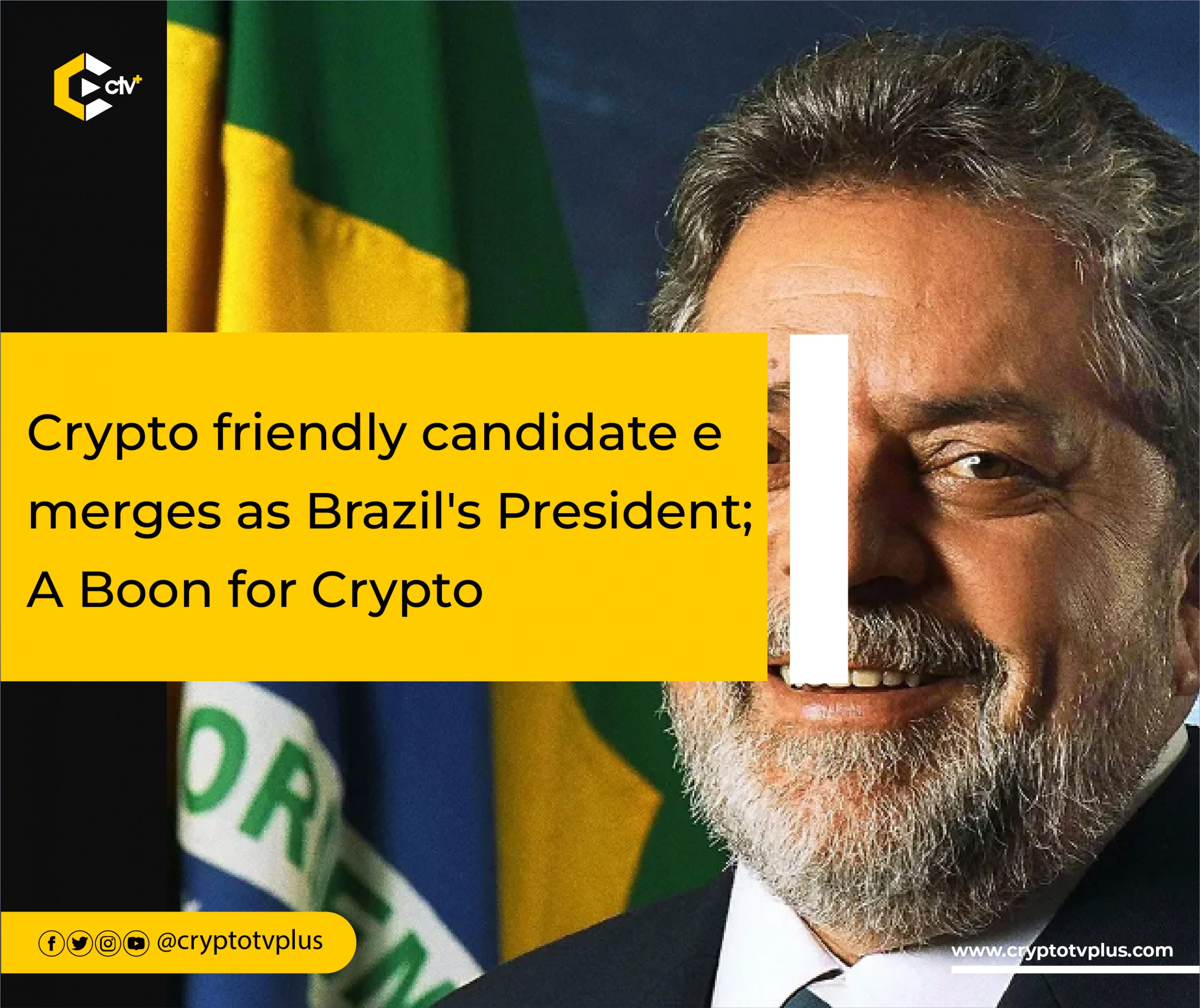 Brazil’s Presidential run-off election has come to a close, with Incumbent president Jair Bolsonaro losing to Luiz Inácio Lula da Silva. According to Tribunal Superior Eleitoral, Lula emerged the winner in the Oct. 30 election with 50.9% of the votes.

Lula’s 50.9% outcome translates to roughly 60.3 million votes, with Bolsonaro polling 58.2 million. While it is evident that Lula has the right to assume office come January 2023, there are reports that the incumbent president intends to challenge the result.

What’s in it for Crypto?

With Lula’s emergence, there have been speculations about the fate of cryptocurrency in the country. Having served as the president of Brazil between 2003 to 2010, Lula was quoted saying in October that crypto “deserved the attention of authorities.” He had further called for Brazil’s central bank to establish a framework for digital assets in alignment with international standards on Anti-Money Laundering and illicit practices.

In addition, Lula is an ally to former Brazil central bank president Henrique Meirelles, who is now an advisor to leading crypto exchange Binance. There are reports that Meirelles may receive a position in Lula’s government.

Furthermore, during Lula’s presidential campaign, he announced that he registered his incoming government’s plan on the Decred blockchain. The aim is to enable citizens to verify the authenticity of the proposed plans. However, Lula has not spoken broadly about crypto and blockchain.

Meanwhile, some Brazilian lawmakers have proposed bills bordering on the legalization of crypto payments in the country.

Data shows crypto adoption in the country is on the rise. Brazil is currently one of the top five countries with the largest number of crypto investors and over 10 million users, behind India, the US, Russia, and Nigeria. While that accounts for just 5% of its over 200 million population, another research shows that crypto ownership in the country increased from 4.9% in 2020 to 7.8% in 2021.

Will there be a boost in crypto adoption in the country? Only time will tell.