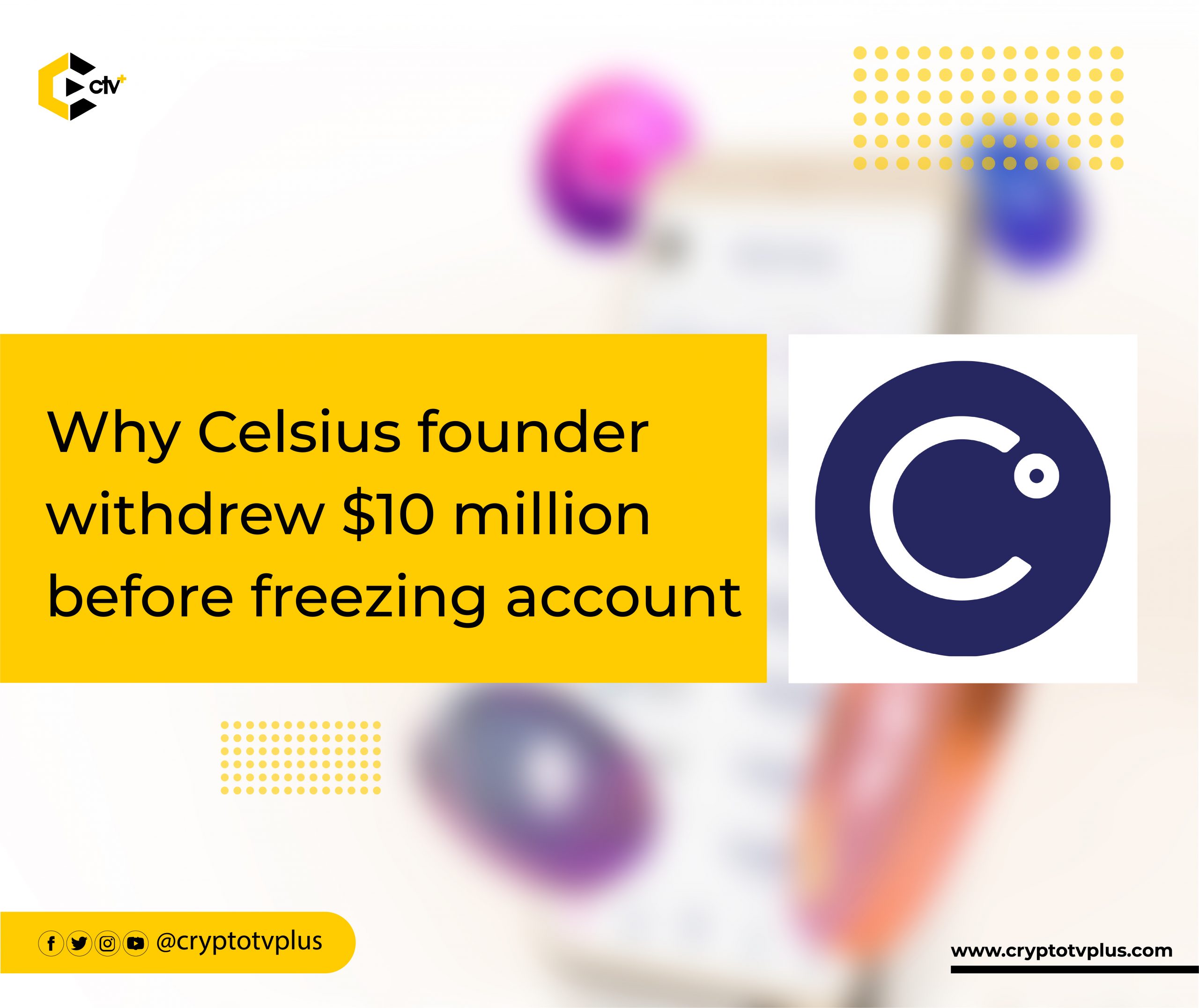 Reports on Celsius platform show that the former CEO, Alex Mashinsky withdrew $10 million from the project before its customers’ accounts were frozen and it went down. On September 27, 2022, the CEO resigned from Celsius following its bankruptcy and insolvent status.

Financial Times reported that the $10 million withdrawal was initiated in May 2022 amidst the turmoil in the crypto market. It was said that all customers of Celsius were barred from withdrawing their assets which were billions of dollars the following month.

According to details of the report, Alex had up to $44 million in the lending platform before accounts were frozen. However, the reports revealed that the former CEO used part of the withdrawal he made to settle “state and federal taxes”.

$4.3 billion and $5.5 billion in assets and liabilities respectively

At the time Celsius went through these troubles, the entire crypto market was also unstable with a $60 billion loss in value as a result of the breakdown of the Terra project. These “extreme market conditions” is part of the reason behind the freezing of customers’ accounts with Celsius the report cited.

Celsius is also reported to have filed an earlier suit stating that there was “a $1.2 billion hole in its balance sheet”. A breakdown of the details showed that the company had “$4.3 billion of assets and $5.5 billion of liabilities”.

The company also said that they had to freeze accounts and discontinue withdrawals to prevent a divided community where some customers withdraw their assets while others are left stranded.

Furthermore, the report from Financial Times mentioned that the company, Celsius, is expected to send details of the transactions carried out by its former CEO.