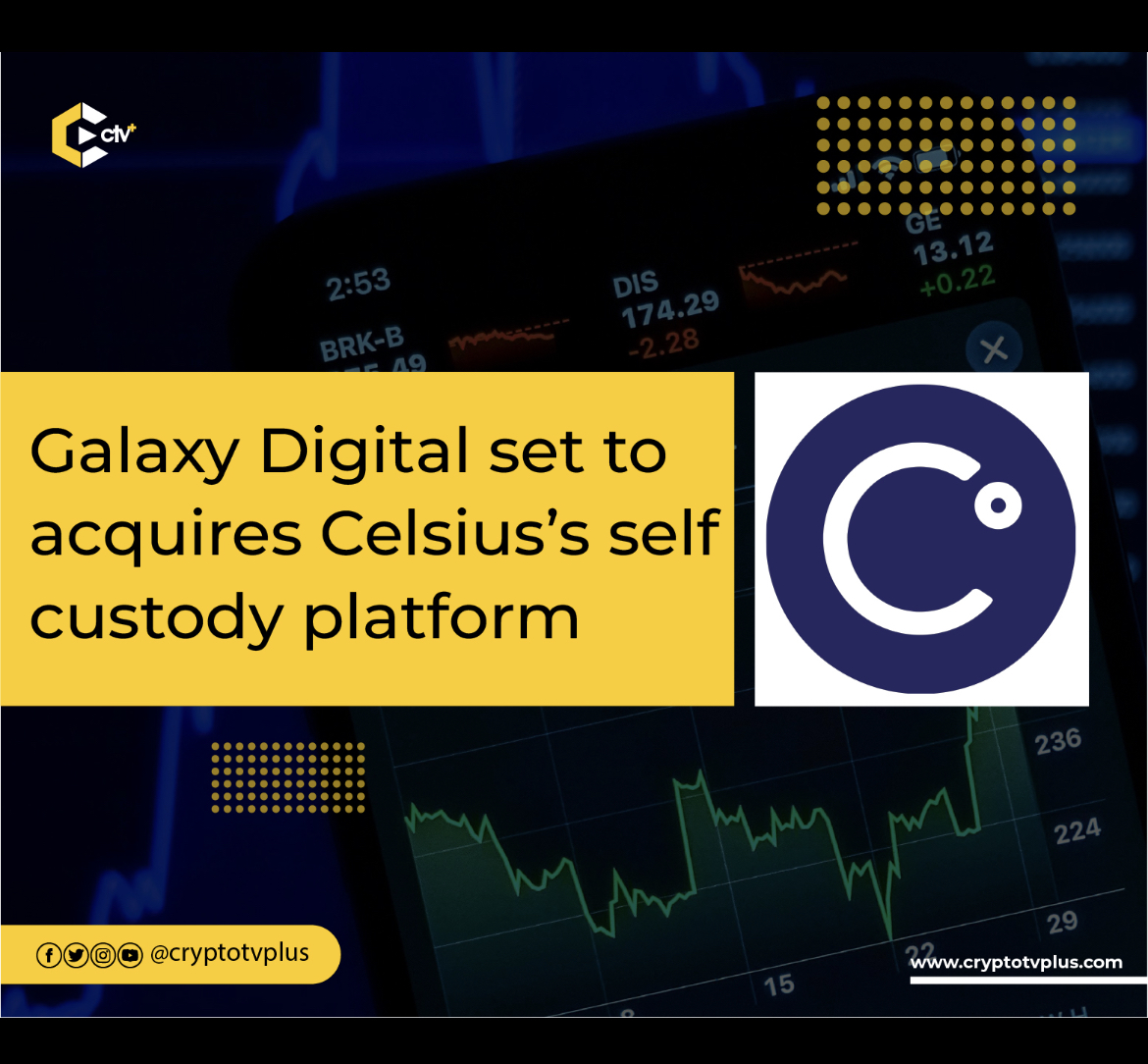 Mike Novogratz’s crypto-based financial-services firm, Galaxy Digital is set to acquire Celsius Network’s self-custody platform, GK8, as the crypto lender file for bankruptcy as a result of its insolvency. Although the terms of the agreement were not disclosed, Michael Wursthorn, Galaxy’s spokesman, revealed that the amount paid was compared to the $115 million Celsius paid for the acquisition of GK8 in 2021.

Through this acquisition, Galaxy aims to expand its prime brokerage offering. Doing this will facilitate GK8’s self-custody solution in the ongoing development of GalaxyOne. This development will provide a new prime offering for institutional investors combining trading, lending, cross-portfolio margin, and derivatives with the company’s risk-control processes.

Explaining the significance of the acquisition, the Galaxy revealed that the acquisition marks a crucial landmark in the firm’s effort to create a full-fledged financial platform for digital assets.

Adding to this, the CEO of Galaxy, Micheal Novogratz, said, “Adding GK8 to our prime offering at this pivotal moment for our industry also highlights our continued willingness to take advantage of strategic opportunities to grow Galaxy in a sustainable manner.”

Although still subject to regulatory approval, the firm revealed that the deal would expand Galaxy’s global presence with a new office in Tel Aviv, Israel.

Before this acquisition, Galaxy had made a move to buy the crypto custody specialist BitGo for $1.2 billion. Galaxy later jettisoned this move, claiming that BitGo had failed to provide the audited financial statement by a deadline of July 31, 2022. About 4 months after, Galaxy had been receiving a go ahead to acquire Celsius’s GK8, leveraging Celsius’s insolvency.

Following the collapse of the Terra ecosystem, Celsius filed for bankruptcy in July, putting up some of its assets for sale. During this period, the now insolvent exchange, FTX, took a step to make a deal with the firm. This deal broke down after FTX had considered Celsius’ finances and deemed it unfit for investment.

To worsen the situation, the insolvency of FTX jeopardized Celsius’s rebuilding plans. Celsius held about 3.5 million mostly locked Serum tokens on FTX and $13 million in loans to Alameda Research, all of which were submerged with the drowned FTX ship. This happened after the then-CEO, Alex Manshinsky, withdrew $10 million from the company’s account.

This last turn of events could have been said to be responsible for the acquisition of GK8 to provide liquidity for the custodian platform.