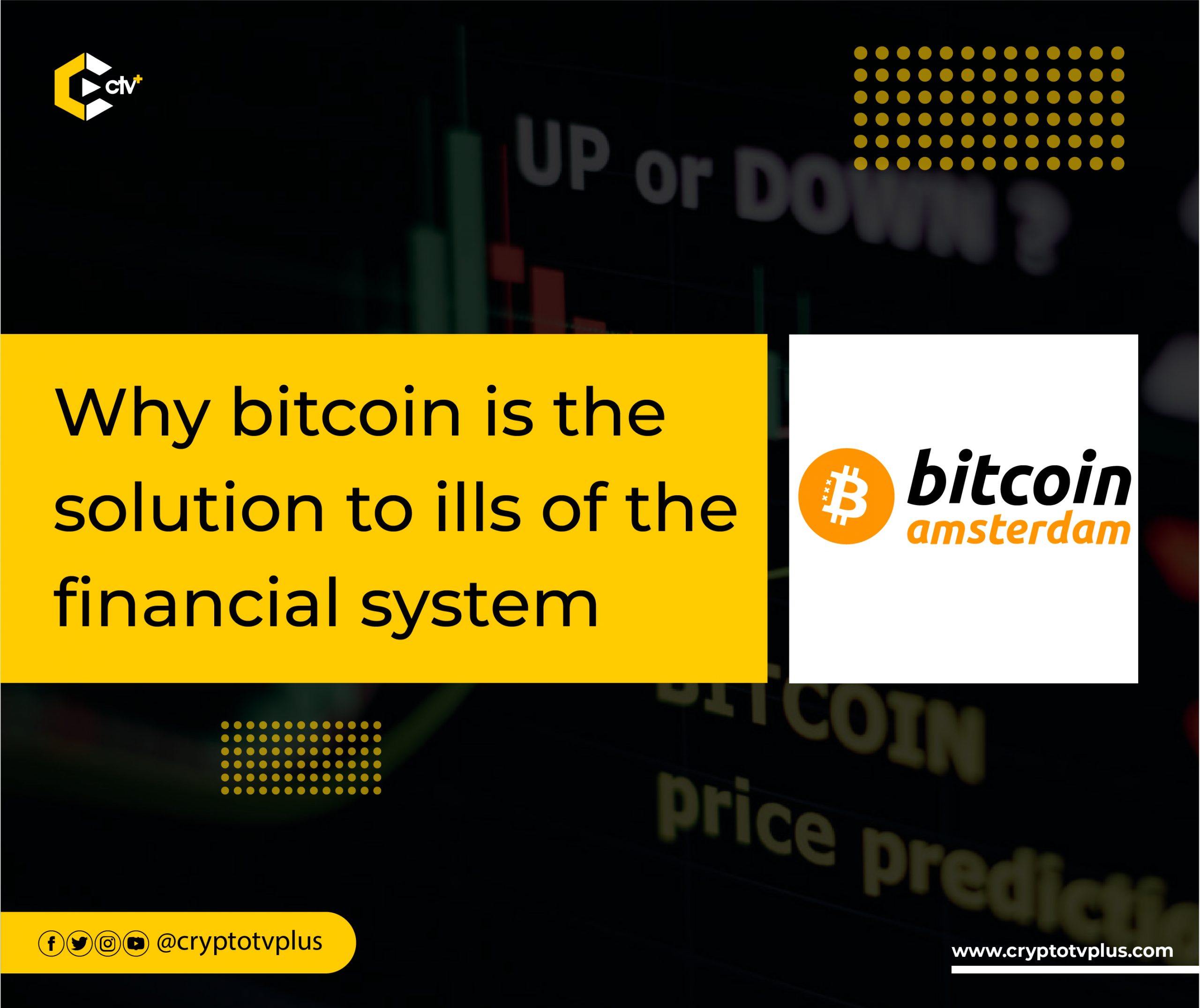 Jeff Booth, the author of The Price of Tomorrow, said at the just concluded Bitcoin Amsterdam event that we never had decentralization and security in the same system. He added  that bitcoin, which represents this new system, is transforming the global financial order.

The author said that “the free market with a technology [like Bitcoin] is a deflationary force” and that the current inflationary system is man-made and the solution to the inflation we see today cannot be found in the same system.

Bitcoin, according to the author, is creating a new system that is deflationary, built on hope, truth, and abundance instead of coercion, fear, and control.

No better system has been created to solve the deficiency of the global credit system than Bitcoin, Greg Foss, a traditional trader for more than three decades, said.

The global economy valued at $100 trillion has a debt of about $400 trillion, and there’s no way the economy will grow so fast to clear up that debt, Greg explained.

Prince Phillip, the Prince of Serbia, who left his career as an asset manager for fifteen years to join a bitcoin firm, said that bitcoin is indeed a tool against inflation. He noted that it’s exciting to see a nation like El Salvador give two inflation figures – one for fiat and one for bitcoin.

Teach people about the history of money

The anchor, Dylan Leclair, Head of Market Research, Bitcoin Magazine, said that the concept of bitcoin is an engineering solution to the problem the world has used gold, promises, and other systems to build and preserve.

Speaking about the future of the world and bitcoin, Jeff opined that L2 built on bitcoin would bring about a lot of scalabilities and we will see velocity through tech instead of velocity through debts as the current global financial system is designed to function. Jeff added that “question- based teaching” should be used to educate people about bitcoin.

“If you love somebody, tell them to buy bitcoin,” Greg contributed. All my kids have bitcoin because fiat is Ponzi, and bitcoin is the solution, the trader added.

Niko Jilch, Podcaster at Was Bitcoin bringt, forecasted that he sees Satoshi winning the Nobel Prize for Economics someday due to the Bitcoin innovation. While Prince Phillip emphasized that the history of money should be taught in schools to help people understand the importance of bitcoin.