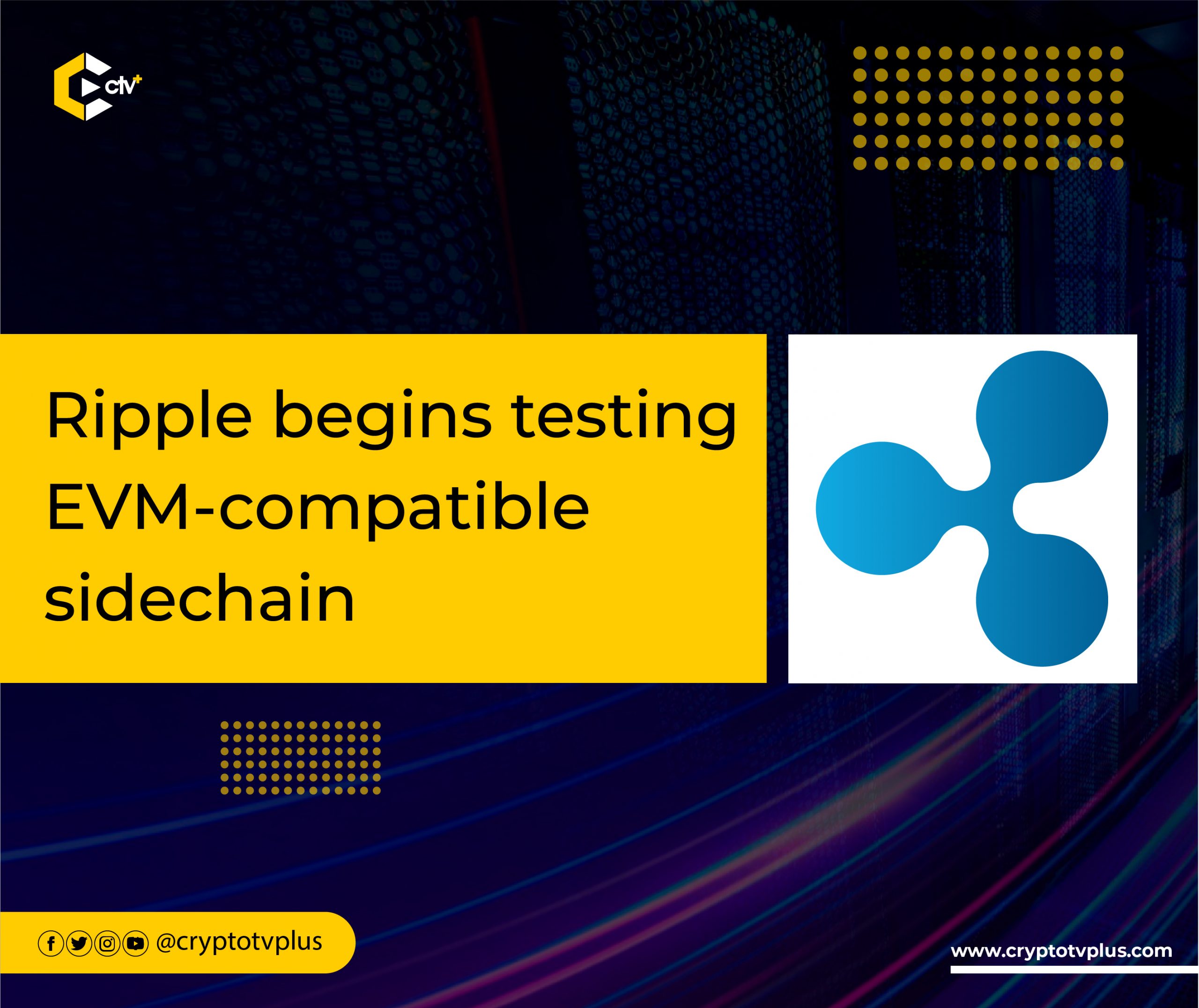 Ripple takes a forward step to introduce an EVM-compatible sidechain to its XRP Ledger mainnet. This move will enable developers to deploy EVM smart contracts on the XRP Ledger blockchain with ease. “A blockchain that runs in parallel with the main XRPL blockchain is now live on the company’s devnet, which is where developers can test implementations before they go live on the main network,” Ripple announced.

The announcement confirmed that the platform has a three-part process, and starting the XRP Ledger Testnest on Ethereum is the first. Ethereum Virtual Machine (EVM) is a smart contract software that runs natively on Ethereum. EVM is a popular and one of the largely used smart contract tools by developers.

The second part will have the Ripple EVM sidechain become permissionless, and this is expected to go live in Q1 2023. The next, which is the third part, is said to come up in Q2 2023 after the second part is completed and Ripple fully deploys the software.

David Schwartz, Ripple’s Chief Technology Officer, told the media that the platform’s 2023 goal is to have its XRPL mainnet connected to an EVM sidechain. He added that “all components of the bridge in the final solution will be ready to handle real-world use cases and will be decentralized as well.”

Ripple and XRPL could benefit developers, enabling them to leverage the Ripple ecosystem separately to build Ethereum Smart contracts.