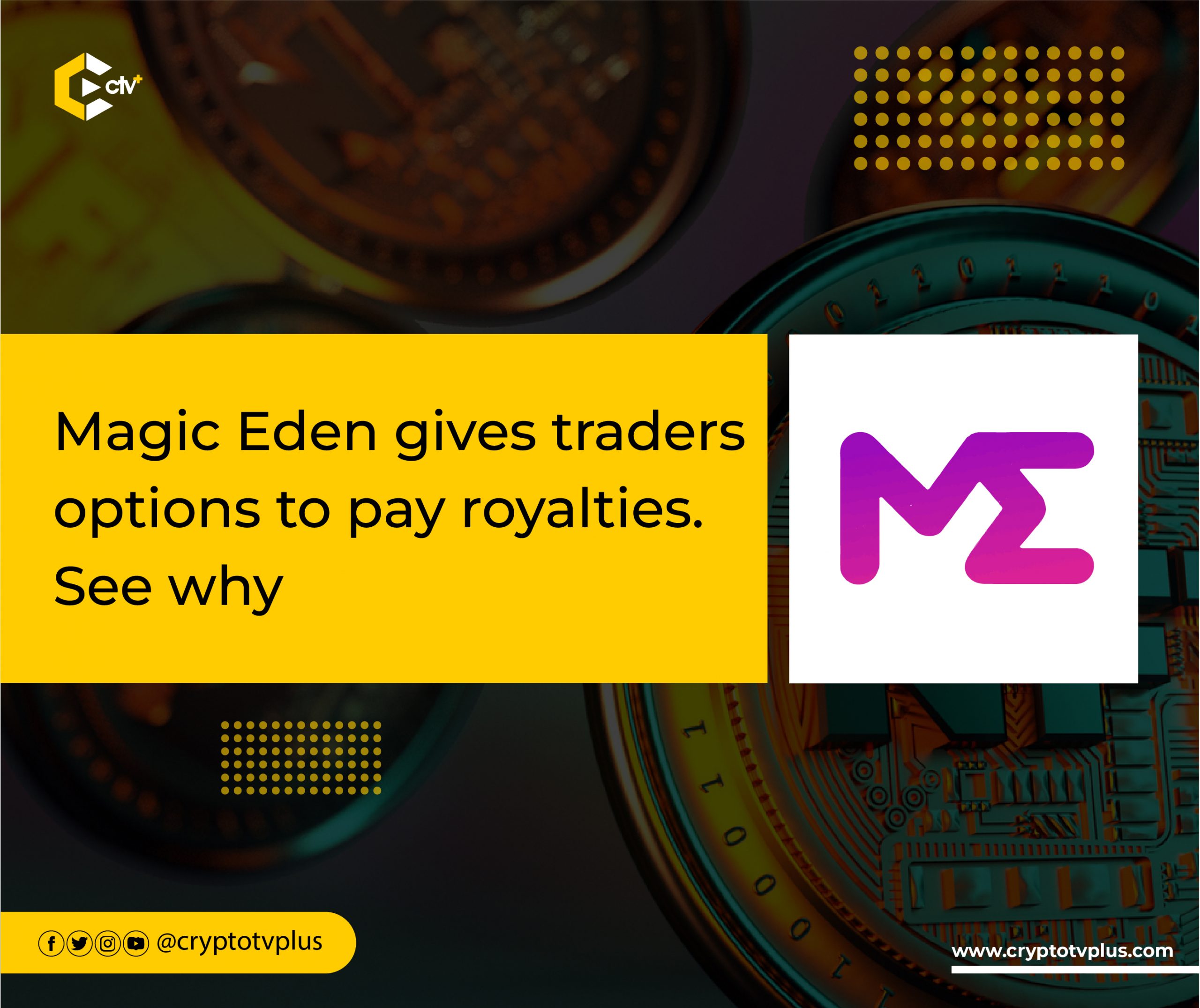 The largest Solana NFT marketplace, Magic Eden, announced that the platform would move to optional-royalties. The platform revealed it was a difficult reflection and that it discussed the development with many creators. Following the development, Magic Eden said it would run a promotion to waive platform fees.

There has been a rise in no-royalties on NFTs and debate around it has been building up. The growing trend with no or optional royalties on NFTs has notable marketplaces like Sudoswap, X2Y2, and now Magic Eden on this route. Sudoswap went on a no-royalty route and was followed shortly by X2Y2 but on an optional-royalty scheme.

Jack Lu, Co-founder/COO at Magic Eden, said in a Town Hall Twitter space held by the firm minutes after the announcement that Magic Eden is adapting to the trend because of its vision and need to survive in the industry. “There has been an exponential rise in optional royalty marketplaces and we also want to have a chance to build our vision and dream for what web3 NFT could be. We are creating monetization as a part of that and still want to survive in the industry as well, so that’s why we are adapting to this new trend,” he said.

On the Town Hall space, a developer at Solana with the Twitter user @baalazamon emphasized that royalties are not enforceable on-chain and said, “It is possible to implement that, but it’s not easy from the engineering perspective.”

Highlights from Magic Eden on Buyers’ and Sellers’ experience with the new feature:

Magic Eden proposed to review its marketplace fee structure. “For the foreseeable future, Magic Eden will not be making any % of any sales,”. In addition, Magic Eden said it would launch a $1M prize pool Creator Monetization Hackathon to develop pro-royalty & alternative creator monetization tools.

Individuals working on pro-royalty tools or alternative business models are urged by the platform to reach out via Twitter DMs or help.magiceden.io.

Cointelegraph to turn its articles into NFTs