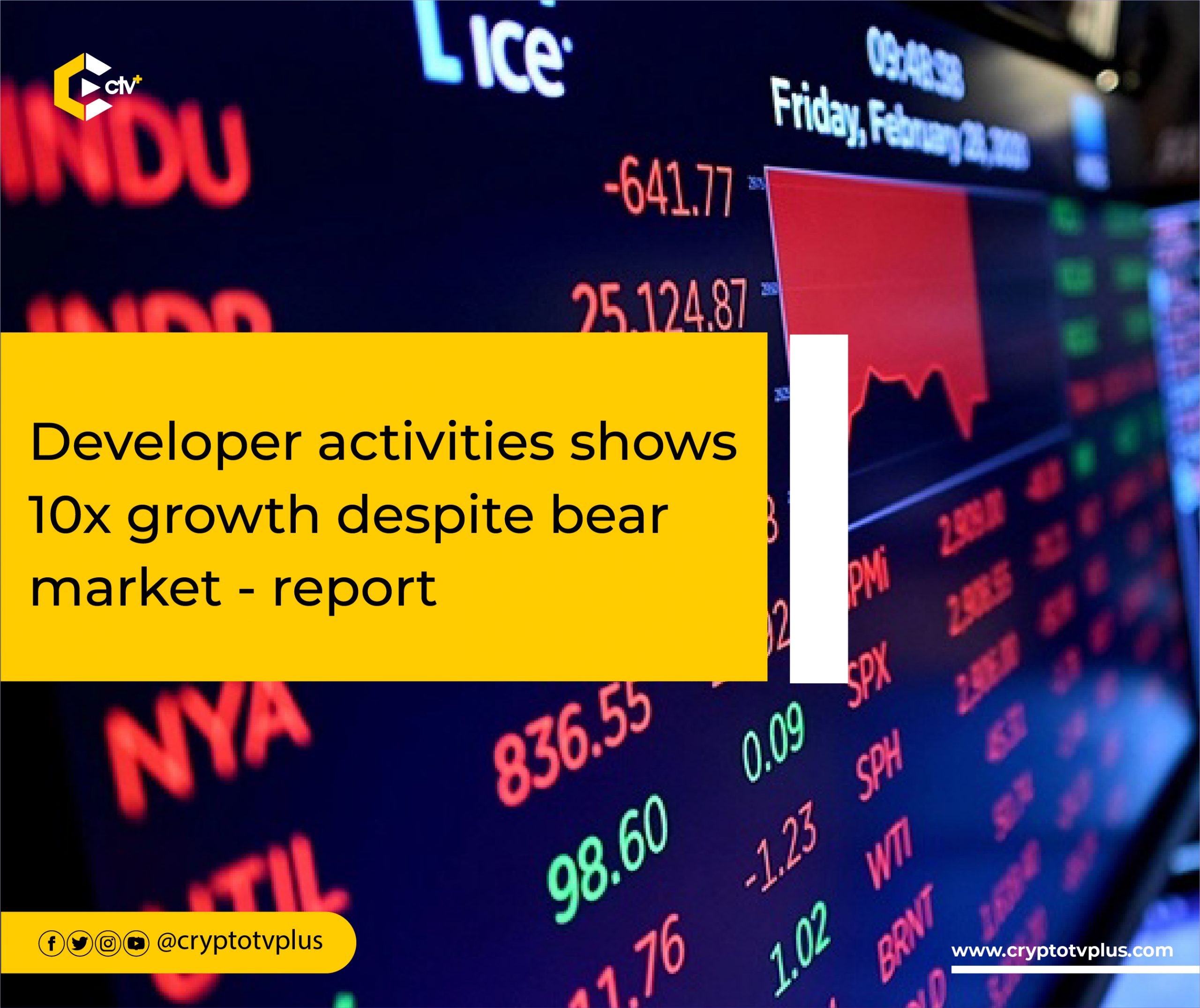 The crypto winter has dragged the price of Bitcoin and Ethereum far below their all-time-high. Despite the downturn, web3 developers are building and becoming more active according to recent reports.

Data platforms such as Etherscan, DappRadar, Github, and CoinMarketCap, give an insight into what the web3 developer space holds amidst the market volatility.

Statistics show that in 2018, approximately 146,000 developers installed either Ethers.js or Web3.js weekly. This has increased steadily over the years and specifically in 2022, which had 1,536,548 downloads per week, accounting for a 10x increase from the previous years. Ethers.js and Web3.js are web3 libraries used by developers to read blockchain data, for transaction purposes, facilitate deposits to DeFi protocols and create NFTs. They are web3 developer tools.

Going with the statistics, there is an increased interest in application development on Ethereum and the onboarding of web3 developers.

The main concept behind DeFi and NFT is smart contracts, and there has been an increase in smart contract deployment, which points to higher developer involvement in the web3 space. The number of smart contracts submitted by developers in September to Etherscan was about 17,376 smart contracts. This metric explains that interest in DeFi has surged over time.

Additionally, 2022 has 36% of all the smart contracts ever deployed and verified. A few weeks after the Ethereum merge, smart contract deployment had a 14% increase.

An estimation by DappRadar shows that Dapps deployed in the ecosystem are about 12,495 across all chains, marking a 1,000 increase from 2018. There is at least an active user on about 2,500 of these dapps in the last 24 hours, DappRadar reported.

Conclusively, the report shows that web3 developers are topping their game amidst the wild volatile market.

What is Regenerative Finance (ReFi)?