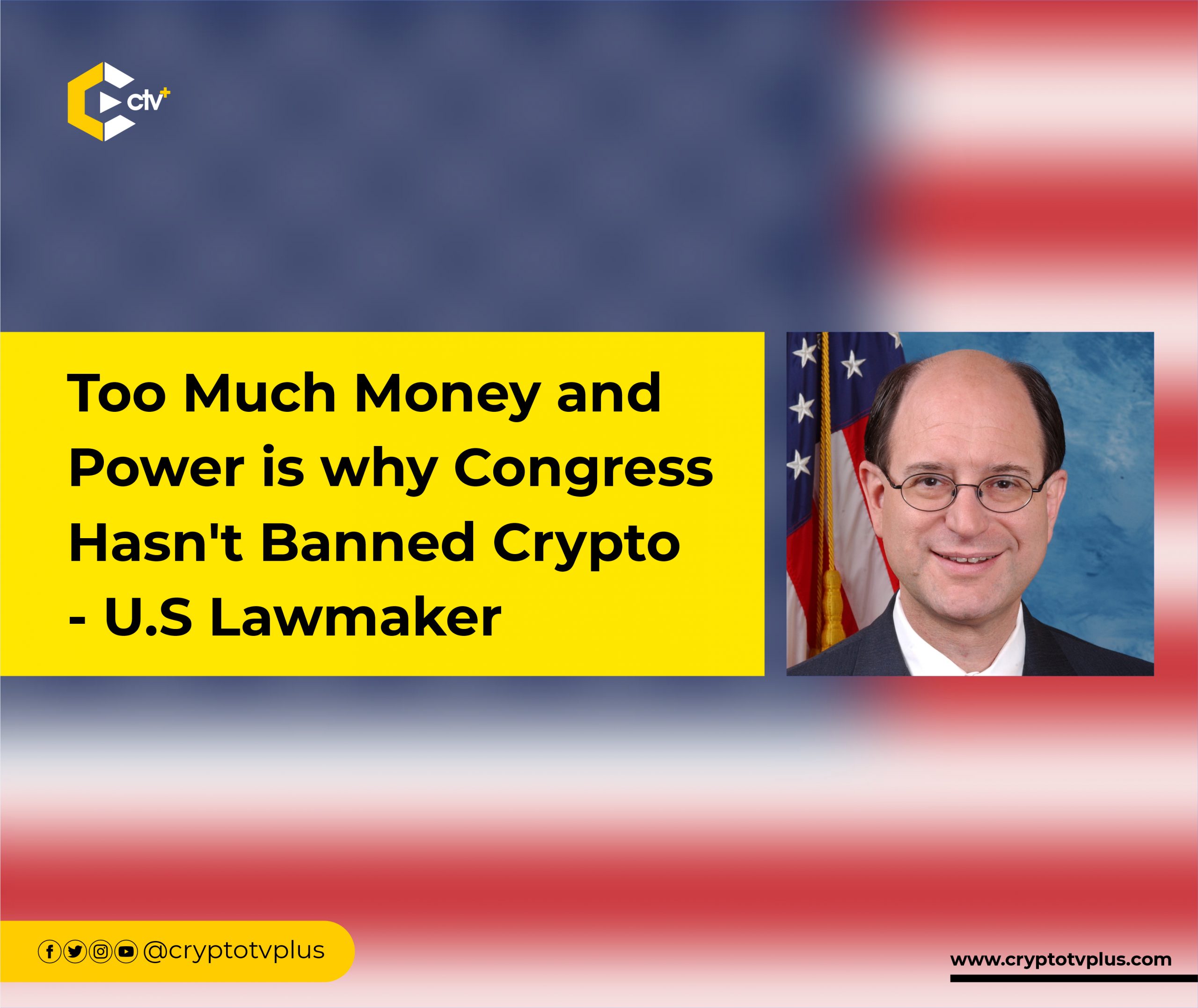 The U.S. Representative, a Congressman from California, and chairman of the House subcommittee on Investor Protection, Brad Sherman wants cryptocurrencies to be banned. However, he doubts Congress would act in this way. He told the news source, “I don’t think we’re going to place a ban on cryptocurrency anytime soon.”

According to him, Congress has not effectively banned cryptocurrency because “too much money and power is behind it.” In an interview published on Sunday, September 4th, 2022 by the Los Angeles Times, Congressman Brad Sherman (Department of Consumer Affairs) discussed his opinions on cryptocurrencies and their regulation.

“We didn’t outlaw crypto initially because we didn’t grasp its significance, and we aren’t outlawing it right now because it is supported by an excessive amount of money and influence.”

Sherman elaborated, saying: “money for lobbying and money for campaign contributions works, or people wouldn’t do it. That’s why we haven’t outlawed crypto.”

In addition to being worried about investors being scammed, the congressman sees cryptocurrency as a risk to American national security. Cryptocurrency, in his opinion, presents a systemic risk, empowers criminals, and threatens the value of the U.S. dollar.

Sherman acknowledged that there isn’t much he can do to dissuade investors from making poor financial decisions. “It is difficult to be in charge of the subcommittee for investor protection in a nation where individuals want to speculate on meme coins.”

He further mentioned, “You invest in cryptocurrency intending to sell it to someone else before its value plummets. That is the benefit of a Ponzi scheme.”

Remarkably, the lawmaker expresses concern about cryptocurrency mixing services like Tornado Cash which was sanctioned by the U.S Treasury in August 2022. The Ethereum mixing application was flagged in August by the Office of Foreign Asset Control (OFAC) of the U.S. Treasury Department because it had aided North Korean hackers like the Lazarus Group hacking cohort.

FIFA to launch NFT collection ahead of the World Cup

Sherman discussed cryptocurrency regulation in the absence of a ban. He compares cryptocurrency to stock or investment and thinks the Securities and Exchange Commission (SEC) should regulate the space due to the SEC’s size, domain knowledge, and aggressive enforcement tactics.

The Commodity Futures Trading Commission (CFTC) would now be the primary regulator of the cryptocurrency business under three bills that have been presented to Congress this year.

Sherman had earlier encouraged the SEC to investigate big crypto exchanges that traded XRP. In January 2022, the securities regulator reported conducting 97 enforcement proceedings relating to cryptocurrencies. The agency announced in May 2022, that its unit for enforcing cryptocurrency laws had nearly doubled.