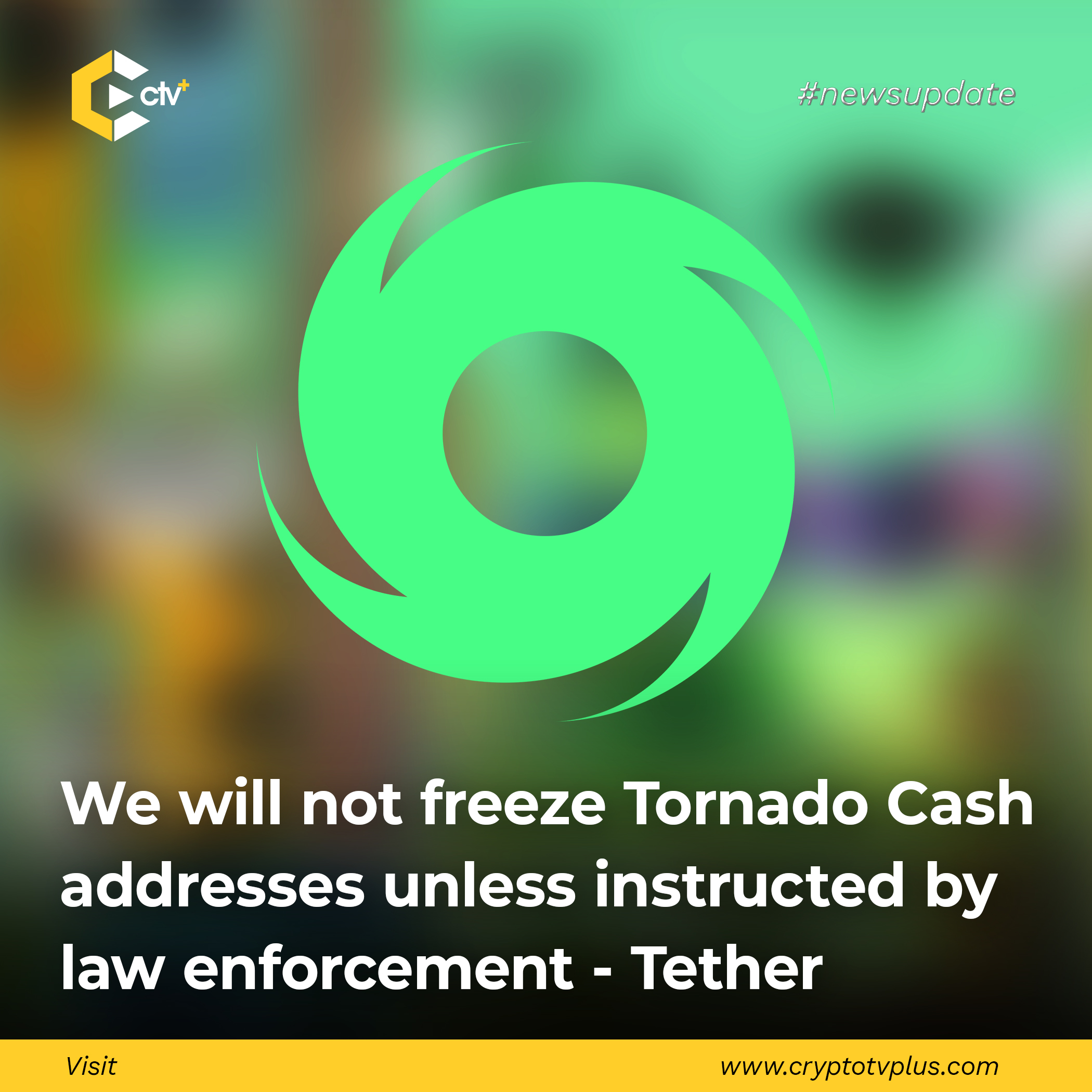 Tether has revealed that the addresses associated with Tornado Cash will not be frozen unless there’s a request from a verified law enforcement agency to do so.

Tornado Cash is a coin mixer that obscures the sources of cryptocurrencies by pooling them together before users withdraw. Early August, the US Department of Treasury sanctioned the ethereum-based mixer for being used to launder over $7 billion worth of cryptocurrency since 2019.

The co-founder of Tornado Cash, Roman Semenov reported he has been kicked off github. On the 10th of August, Dutch police reportedly arrested a developer allegedly involved in Tornado Cash. In an interview early this year, the founder of the coin mixer said the protocol was designed to be unstoppable, and outside the control of the developers.

According to Tether, unilaterally freezing secondary market addresses is a reckless move and could be highly disruptive.

Tether said it has been in contact with key law enforcement officers and responds timely to their requests. The company further disclosed it’ll comply with a freeze request on privately held wallets, and not those of exchanges or services.

The company said the OFAC hasn’t indicated a stablecoin issuer is expected to freeze addresses that are published in the SDN list or operated by persons and entities sanctioned by the OFAC.

Tether also said it hasn’t been contacted by US officials with a request to freeze associated addresses and that it is compliant with US authorities’ request.

Tether isn’t the only Stablecoin issuer that hasn’t blacklisted addresses linked to Tornado Cash. Paxos, and DAI have also not frozen linked addresses.

Related Topics:tethertornado cash
Up Next

Sam Trabuco steps down as Co-CEO of Alameda