Socios.com To be Official Partner for 2022 Ballon d'Or Awards
Advertisement 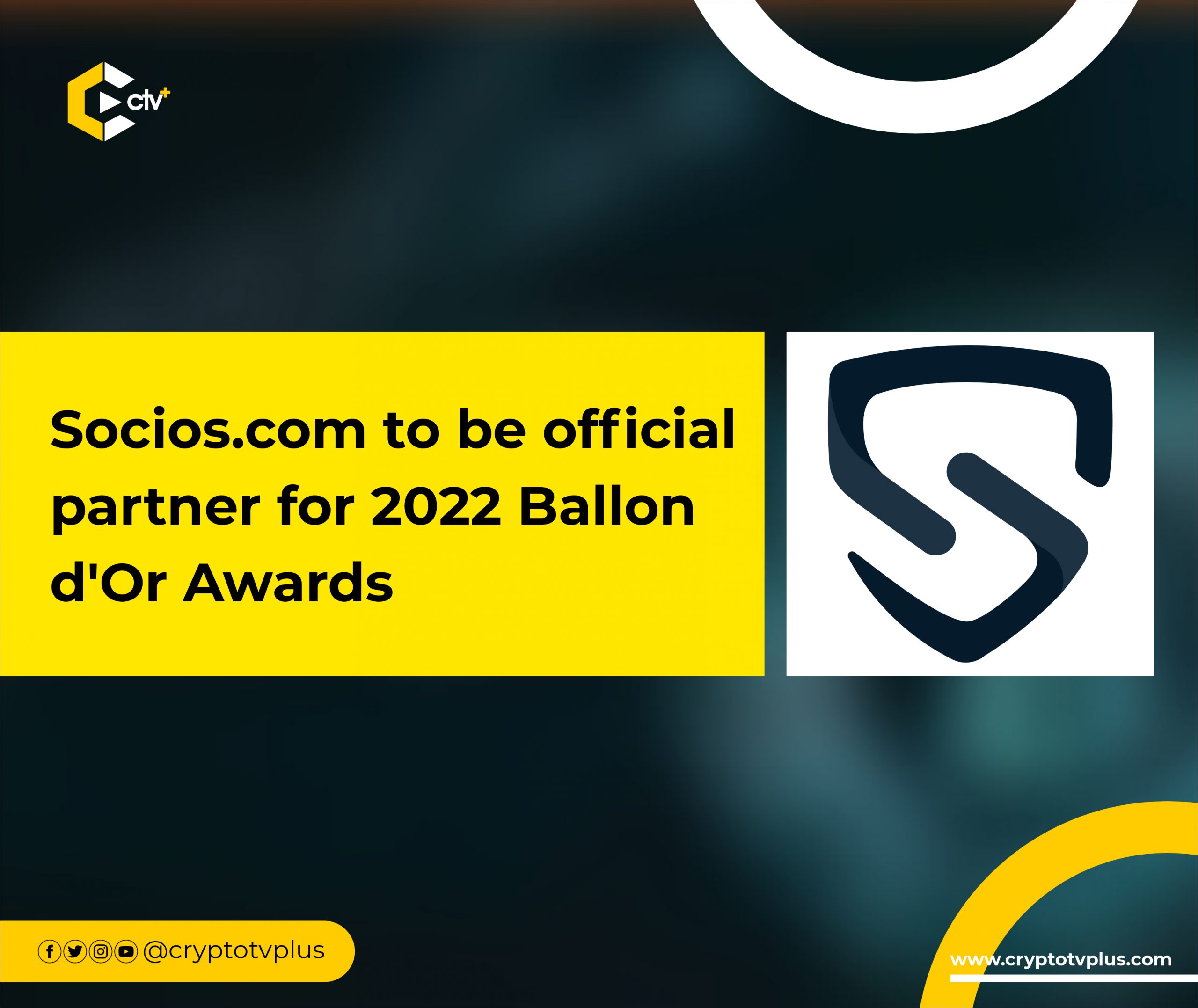 The Ballon d’Or Awards is football’s major individual recognition ceremony, organized by the French news magazine, France Football. It has been a yearly routine in football for 66 years. However, from 2010 to 2015, Ballon d’Or partnered with FIFA. At the time, the award was known as FIFA Ballon d’Or.

The 2022 edition of the event is scheduled to be held at the glamorous Théâtre du Châtelet, Paris venue on the evening of October 17th. Many football stars currently playing for Socios.com partner clubs will grace the event, expecting to walk away with the coveted award.

According to Socios.com, the partnership is a natural fit for the brand, as it has shown its love for the game of football through fan engagement efforts. Socios.com has partnered with over 170 sporting bodies, including popular clubs across Europe and Latin America. It creates new experiences and opportunities for football fans by leveraging fan tokens.

Fan tokens add an interesting layer to football, which allows fans to enjoy increased participation. With these tokens, fans unlock access to rewards such as club merchandise, VIP tickets, and unique, memorable club experiences when participating in games and polls.

Socios.com also revealed plans on how they aim to utilize the latest partnership.

“Socios.com is committed to using this partnership to highlight the benefits of its platform to a global audience with a comprehensive rights and activation plan to include logo on signage at the Théâtre du Châtelet, on both red carpets, and across backdrops for international TV, mixed zone, press conference and hospitality.”

Alexandre Dreyfus, CEO of Socios.com, has expressed his opinion about the partnership.

“We’re delighted to partner with Ballon d’Or once again, giving us the opportunity to promote our brand at football’s most prestigious annual event.”

“Millions of fans are already enjoying Socios.com and exposure on this scale allows us to present our thriving rewards and engagement community to many millions more.”