Why You Should Pay Attention to SocialFi
Advertisement 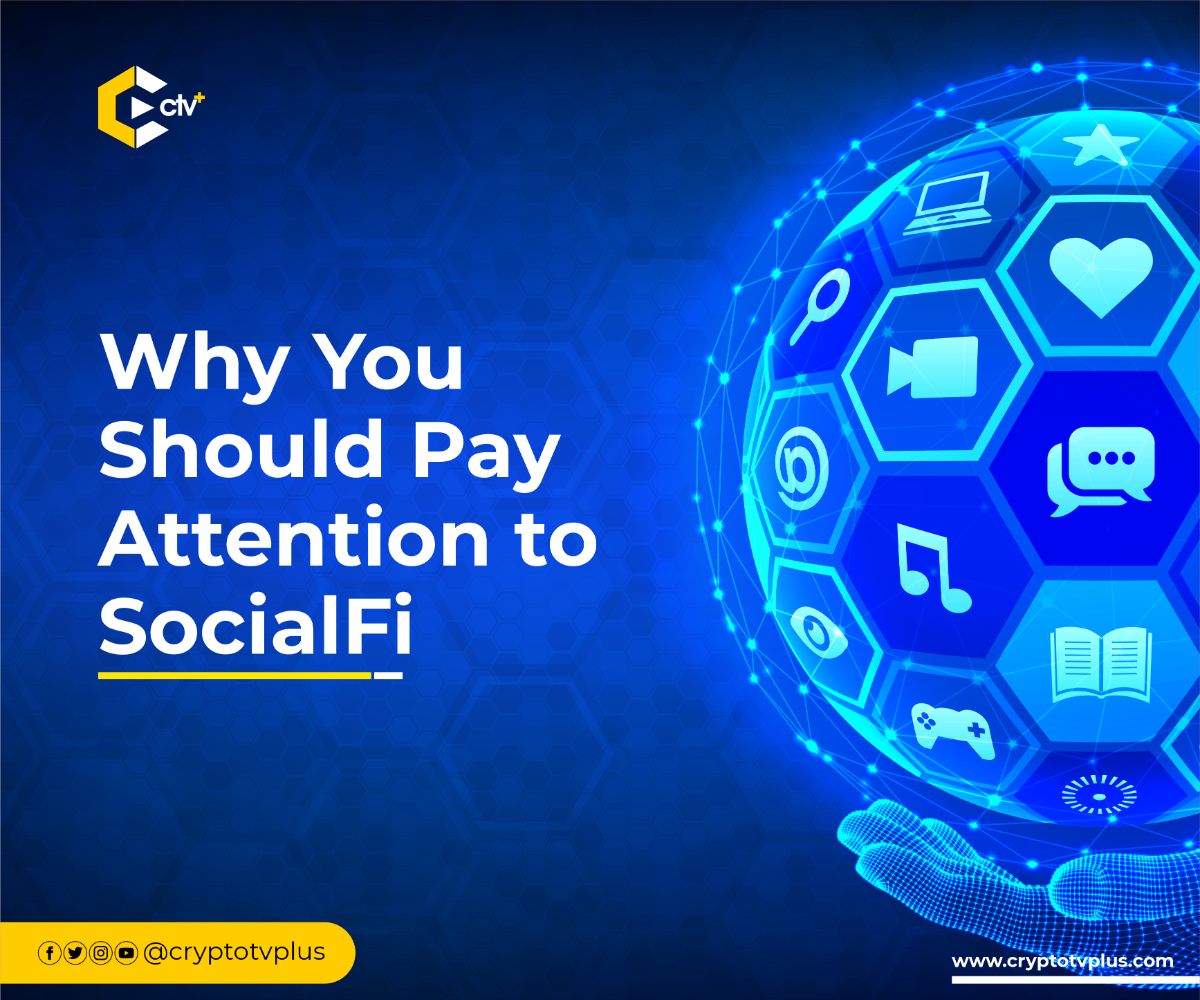 Web3 has become a strong internet narrative, attracting enthusiasts and skeptics alike. SocialFi appears to be one of the latest narratives Web3 is embracing to expedite adoption. However, while most are familiar with existing primitives such as DeFi and GameFi, the SocialFi component might prove difficult to understand. This article explains what SocialFi means and why you should be concerned about it as a Web3 component.

SocialFi combines two realms— social networking and finance, just like GameFi strings the world of gaming along with finance. As a Web2 innovation, social networking has proven to be a massive success. With Web3’s arrival, the social networking industry could dwarf its previous milestones. Yet, certain challenges may be a stumbling block to this possibility.

Centralization runs through the seams of Web2. Certain big players with extractive behaviours dominate every Web2 innovation, including social networking. As a result, users are shut out of value accrual on Web2 platforms, irrespective of their contributions. SocialFi changes the status quo, embracing a decentralized ethos and an inclusive culture for users.

SocialFi proposes a decentralized framework for social networking, leveraging other Web3 innovations, particularly blockchain technology. While Web2’s social media are characterized by excessive control and value accrual to a select few, Web3’s SocialFi balances the scale with data and content ownership/monetization by users and the absence of censorship.

The big data industry is thriving with a valuation of $160 billion. Facebook (Meta), Twitter, and TikTok prey on user data as the product, controlling the entire market. A predatory relationship has existed between users and platforms owned by these corporations for years. SocialFi creates a mutually beneficial relationship between social platforms and users.

Aside from decentralization and data ownership and monetization, SocialFi is driven by other Web3 primitives— user privacy, tokenization, NFTs, DeFi, and the decentralized autonomous organization (DAO) framework, which allows users to participate in decisions that affect social platforms. Decisions such as adding new features or improving on existing ones.

SocialFi opens the social networking market for the average user, unlocking several opportunities unavailable in Web2. Users can monetize their content and following, increasing engagement in the process. Relying on the tokenization primitive, influencers or celebrities may create fan tokens that give loyal followers access to exclusive content.

The Role of blockchain and NFTs in SocialFi

Data privacy and security is a challenge within Web2 social platforms. Users’ data are subject to exploitation since most Web2 platforms utilize centralized servers for storage. In October 2021, Meta-owned platforms suffered outages for several hours, leading to losses for online businesses.

Social platforms can leverage the efficiency of the blockchain network for security and storage. Blockchain networks are designed to encourage decentralization, whereby several network participants represented by computer nodes help secure stored data. Furthermore, bad actors who attempt to exploit data are discouraged by the economic costs as it would require controlling over 51% of the network to perform an exploit.

In their own right, NFTs enhance the user experience on social platforms, allowing users to upload avatars of their preference on their profile. Avatars serve as digital identities for internet users. Moreover, these identities are deployed into the Metaverse, an innovation that has stepped up to become a trending narrative in Web3.

The SocialFi realm is gathering momentum to become the next wave behind DeFi and GameFi. Platforms like Lens Protocol are building out structures that will define the sector. And Web3 will depend on innovations like SocialFi to appeal to a broad audience and promote adoption.

How Bigtime Studios is Paving the Way for AAA Blockchain Games