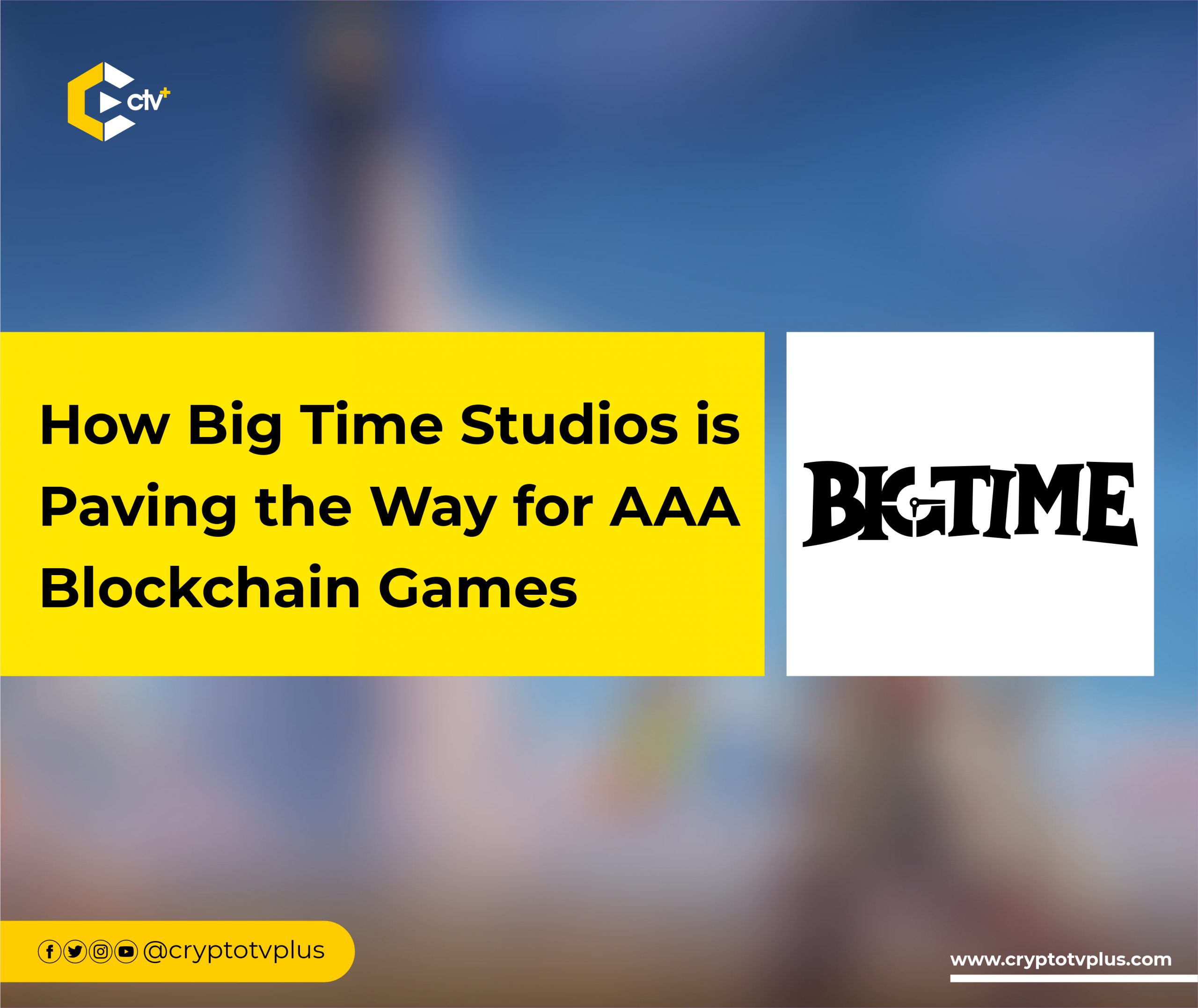 The blockchain gaming scene peaked in 2021, ushering in a handful of games. Games like Axie Infinity, SplinterLands, Thetan Arena dominated the space, attracting thousands of crypto enthusiasts. However, in recent times, the adoption of blockchain games has slowed owing to some factors, including expensive and complex onboarding processes, high transaction fees, unsustainable token economy, etc.

Gaming franchise, Bigtime Studios has identified these problems and seeks to inspire more growth in the industry, leveraging unique and scalable solutions culled from deep experience and understanding of traditional and blockchain gaming. Bigtime is immortalizing its footprints in the gaming realm with an eponymous flagship hack-‘n’- slash RPG— Big Time. With its Big Time game and native NFT technology, Big Time Studios is poised to revolutionize blockchain gaming and player ownership via NFTs, a strong narrative in blockchain gaming.

Diving into the Big Time Game

The Big Time Game touches on an adventure in space and time. Players time travel with their chosen characters, undertaking dangerous quests while conquering foes and earning regular in-game items and NFTs as rewards.

Interestingly, Big Time Studios aims to simplify access to blockchain games. Thus, it is discarding the pay-to-win approach that has dominated blockchain games, introducing a free-to-play mechanism for the Big Time game.

Cyberium Bringing Esports and Gamefi into the Metaverse

Big Time Studios acknowledges this challenge and deploys a new technology to protect traditional gamers who have attempted to foray into blockchain gaming.

The NFT technology custodies in-game NFTs in a general database with an option to transfer them to private wallets. Thus, emerging blockchain gamers can avoid the burden of creating crypto wallets to store their NFTs until they are savvy enough to protect them, transferring them to personal custody.

Furthermore, the gaming franchise is adopting a token economy that encourages fairness and discourages value extraction. The primary way to acquire the Big Time game token will be by playing the game. Therefore, it addresses the issue plaguing existing blockchain games, where VCs dump their allocated tokens on gamers during price rallies. In addition, it challenges the extractive culture that has become a bane to the industry, where users who are not interested in playing the game acquire native and governance tokens only to dump them after a few weeks.

Ultimately, Big Time Studios is setting the pace for existing and emerging AAA blockchain games as they look for a way around challenges impeding mass adoption. Blockchain gaming will play an important role in the global gaming market, which experts predict will hit a valuation of over $500 billion by 2028.

What do you think about this article? Let us know in the comment section.

Why You Should Pay Attention to SocialFi