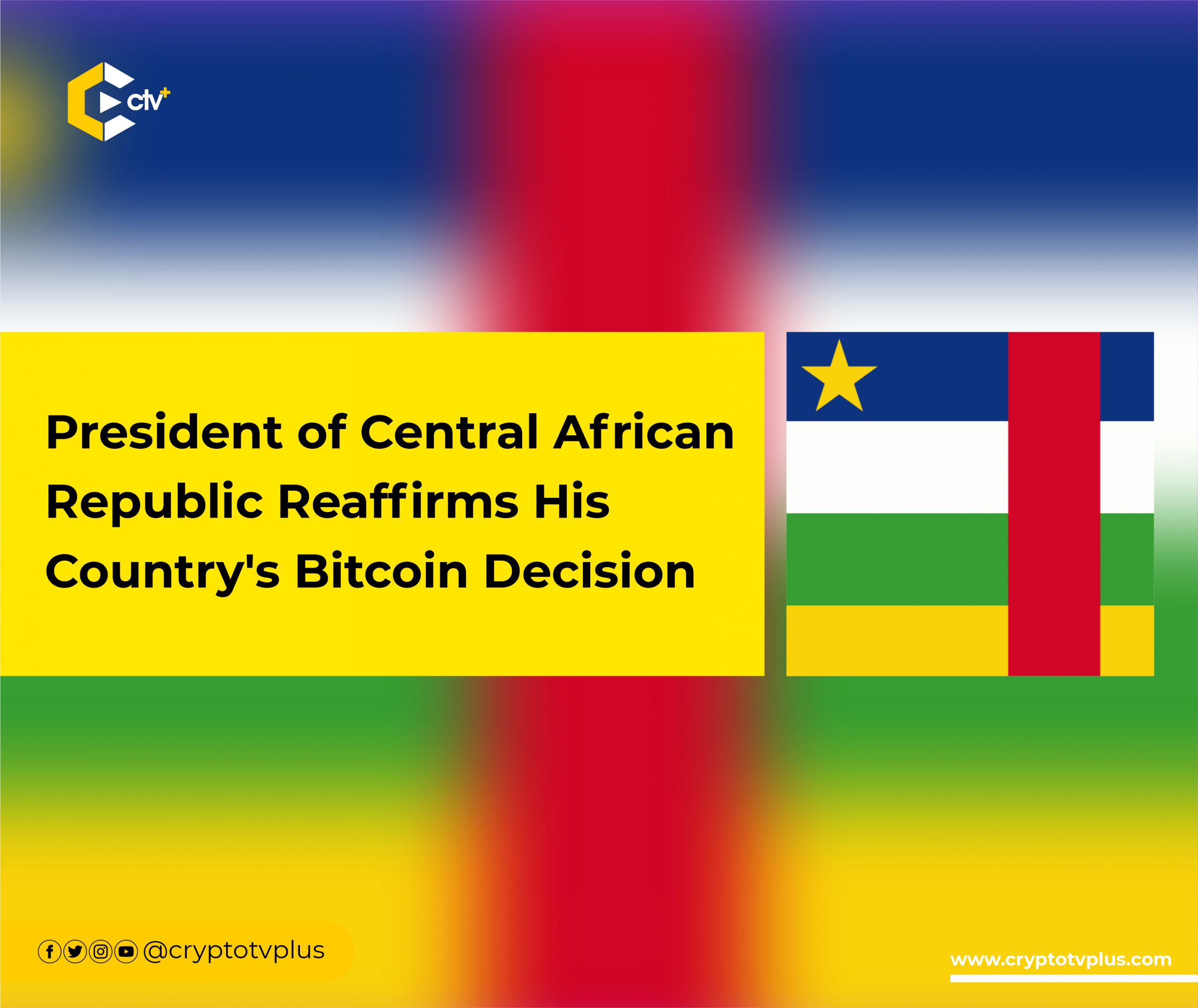 Understanding #Bitcoin is crucial to acknowledge its disruptive power to bring long term prosperity. Mathematics don't account for human emotions.Future generations will look behind at these very moments to 🥳 our strength & unity in choosing the right path during hard times #BTC

Just a few months ago, the country announced that it was adopting bitcoin as a legal tender. A lot of reactions came from the crypto space as well as the global financial community. However, the President strongly stands behind the decision made by the National Assembly of the country. He believes that the country will make history in the long run.

The path to #evolution began with a first step.
Others follow.
Keep an eye on the Central African Republic.
We will be making #history.#CAR #RCA #Centrafricaine #legaltender pic.twitter.com/XYP64sMLR6

Before the Central African Republic adopted bitcoin, El Salvador, led by His Excellency, Nayib Bukele, took the same step but has not been without external and internal criticisms. IMF has been vocal about its stance relative to the adoption of bitcoin by El Salvador.

However, Nayib Bukele who boldly sends his messages, especially on Twitter has always given responses to such opposition. The latest reply from the nation was by the Minister of Finance, Alejandro Zelaya. He insisted that since none of the BTCs bought by the nation has been sold despite the current market situation, the country’s investment is still safe.

I see that some people are worried or anxious about the #Bitcoin market price.

My advice: stop looking at the graph and enjoy life. If you invested in #BTC your investment is safe and its value will immensely grow after the bear market.

Patience is the key.

… the President of the Central African Republic has also said that the efforts taken by the country towards bitcoin will be celebrated by future generations because the nation has chosen “the right path during hard times”: Bitcoin.