EX-BBN Housemate, Cross is a firm believer in NFTs
Advertisement 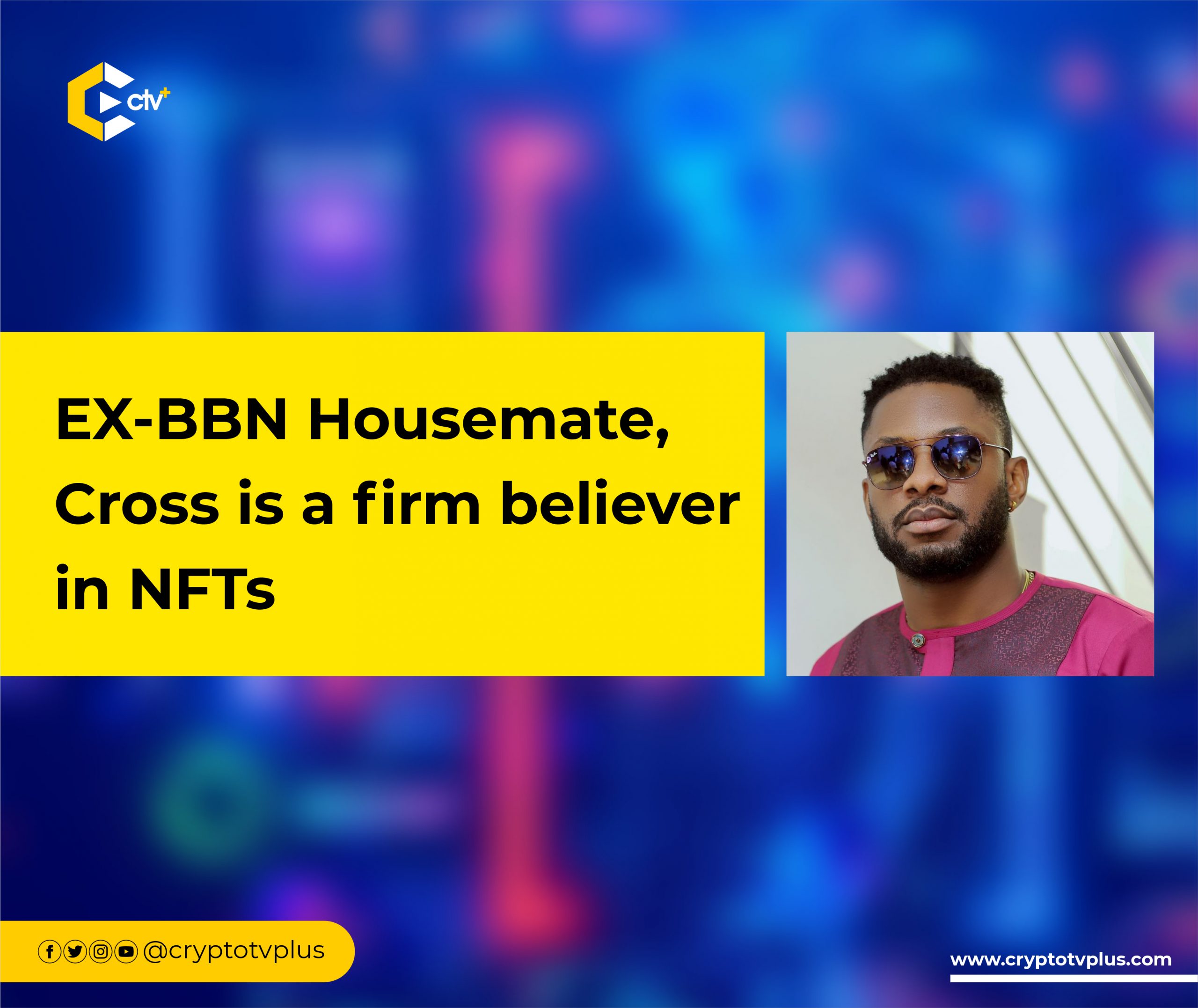 A housemate of the last season of the Nigerian reality tv show, Big Brother Naija (BBN) , Cross Da boss admitted to being a huge NFT collector.

The 30-year-old ex-BBN finalist made this known at the biggest blockchain event in Africa; the Binance BCAT Africa 2022 held in Enugu. He claims he learns every day from his mistakes in the NFT space. He admitted to losing a huge chunk of money a few weeks back while trying to acquire APELAND. Cross attributed this loss to his carelessness.

He believes NFTs will change the perspective and urged listeners to unlearn certain things they were taught in school.

FTX’s Alameda bets big on monkeyball with a partnership

The inside story of FTX GameFI unit launch

FTX moves its headquarters to the Bahamas

The Binance ambassador is confident the web3 space will produce millionaires shortly. Cross, who wasn’t aware of NFTs until he was out of the big brother’s house, took his time to learn and study what NFTs are and began stacking them. He urged the audience to get blockchain-based domain names of upcoming celebrities because selling them would rack in a lot of money.

According to Tony Emeka, the founder of BCAT Africa, there are a lot of opportunities in the digital space, but many Nigerians, – Africans are unemployed, and we want to empower as many as we can, and hopefully, this will trickle down to many others within their cycle.

The event was powered by CryptoTvplus, Earnathon and sponsored by Binance, Revoland, Bundle, Xend finance, Boundless Nexus, and Lead wallet amongst others.