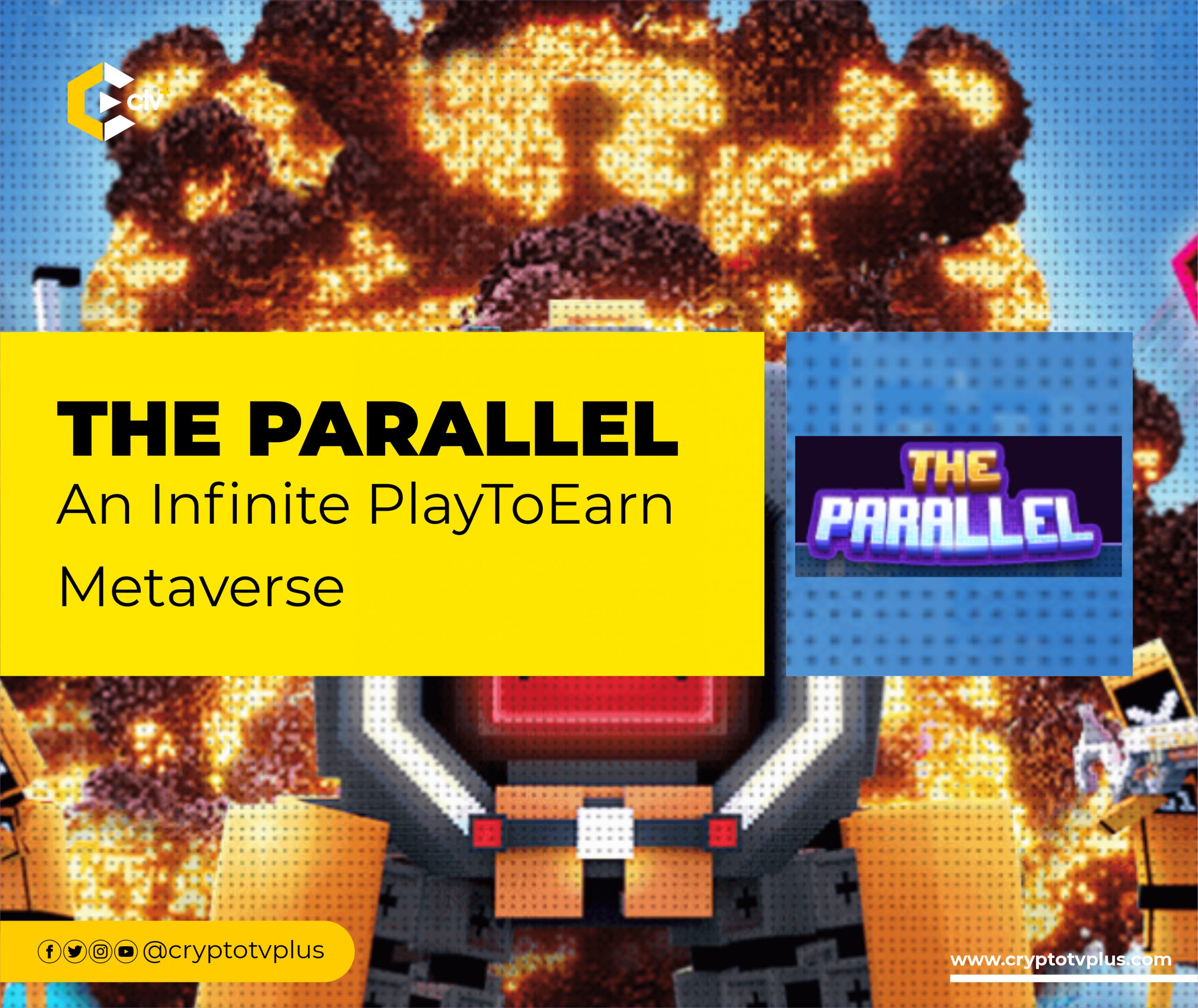 The Parrallel is a voxel-style VR metaverse game where players create symbiotic dream worlds filled with endless adventures. It was founded by a team of experts in the blockchain space like Louis NG(CEO), Bui Ba Hien(COO), Tran Quoc Diep(CMO), and others. The project has a commendable list of investors and partners that include Kyber Network, Signum Capital, Moonrock Capital, CoinCu, KV Ventures, UB Ventures, and so many others.

In The Parallel metaverse, participants can design and craft a digital world born from their wildest imagination and also earn from their participation in the game.

To begin playing, each player has to create an account and receive a basic character (free and not NFTs). After this, they will need to acquire tools and equipment. The equipment type they require will be dependent on the game activities they want to participate in.

Runes are cube-shaped materials that are used to construct The Parallel metaverse. Runes can be found anywhere in the game’s universe and are used to build and craft in-game items such as lands, weapons, etc., along with game characters. Runes feature various levels, attributes, and rarities (Legendary, Epic, Rare, Uncommon, and Common), which will determine the level of power and ability the items constructed with them will possess.

Players can create and craft their in-game character or Paragon. Each Paragon features its unique attributes and personality, it is an NFT minted on the blockchain.

Crafting Paragons or other in-game items require Runes. The crafted items will be produced through an RNG process, which will result in none of the creations being alike. The strength and rarity of the produced items depend on the Runes’ rarity levels that were used to construct them. Gamers can also uncraft undesirable NFTs to gain the ability to craft more useful or suited items.

The Parallel features two in-game item categories – Consumables and Equipment. Consumables are required to engage in gameplay activities, such as mining and re-energizing, while Equipment or Tool items enhance a Paragon’s attributes and abilities when engaging in activities such as exploring, quests, and constructing.

Players are also able to own Land in The Parallel metaverse which they can develop and build on, to create an immersive space for other players to explore.

The Parallel provides participants with many opportunities to earn rewards from their contributions to the game, players providing value and experiences for other players through their participation are rewarded accordingly.

Gamers can earn by exploring the metaverse in PVE casual mining mode, completing activities, daily and weekly quests, or working as tenants on land owned by others. Participation in casual games allows gamers to earn runes and tokens.

Players can craft high-value Paragons, items, and equipment, which they can sell or rent to other gamers on the Parallel Marketplace. They can also earn by staking/farming the game’s tokens.

The Parallel utilizes a two token economy to power its ecosystem- $PRL and $PS.

Parallel Token ($PRL) is the main and governance token of the ecosystem. It is a BEP-20 token and it has a total supply of 1,000,000,000. $PRL plays a crucial role in the sustainability of the play-to-earn economy of the game. It has the following use cases:

PowerStone ($PS) is a token that is used for in-game activities. It is a BEP-20 token and its supply is unlimited. Its use cases are:

Related Topics:CryptoGameFiP2EThe Parallel
Up Next