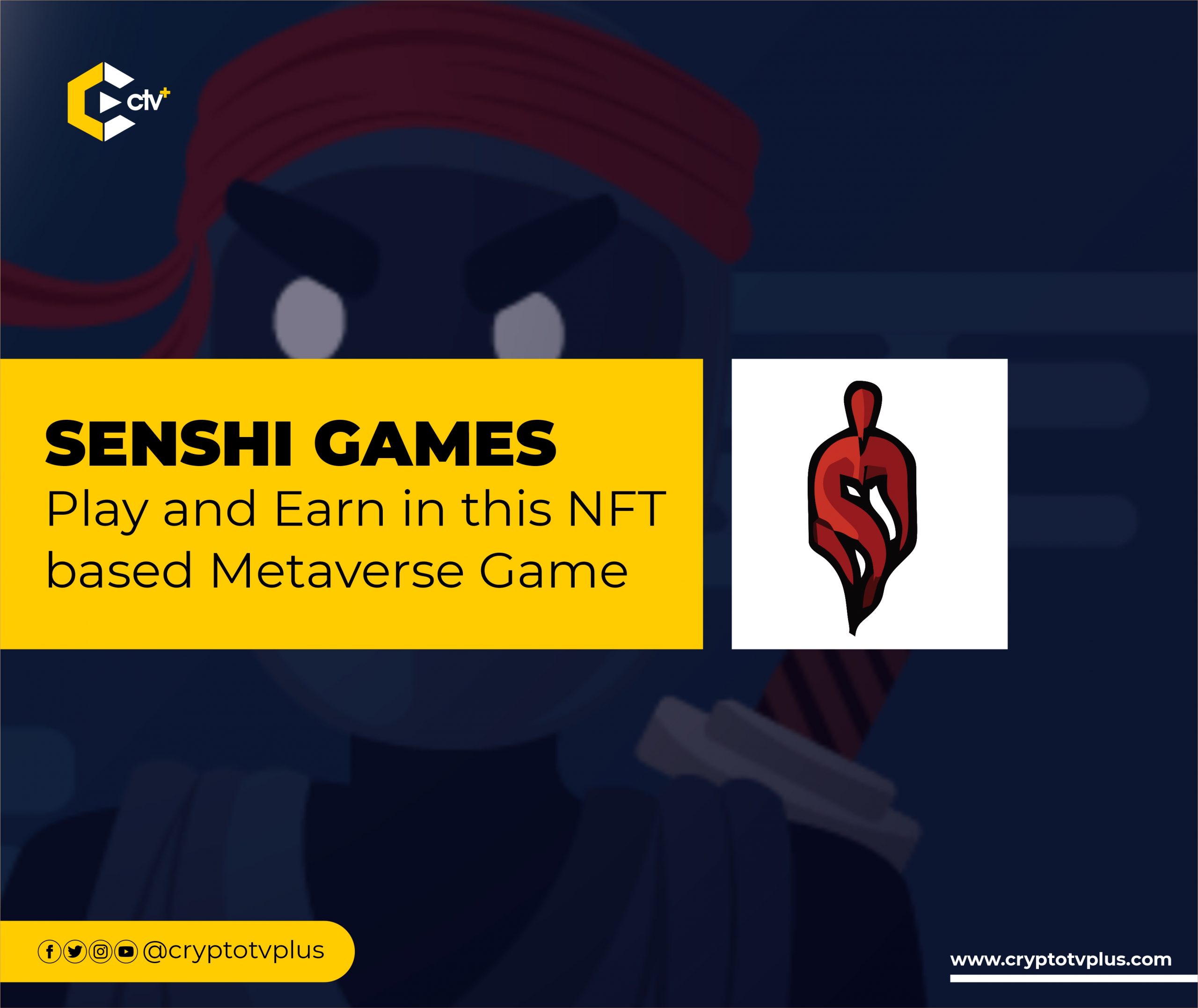 Senshi Games; Play and Earn in this NFT based Metaverse Game

One of the greatest elements that have driven the value of the entertainment industry is gaming. The introduction of tech into it accelerated the development of games, outreach, and connection between gamers around the world. For example, in December 2021, Twitch, a streaming platform for gaming enthusiasts, reached 7.57 million active streamers. YouTube generated more than a billion hours of live game streaming content in the the third quarter of 2021.

Apart from these achievements, the market value that certain games have created is massive. Call of Duty was estimated to have sold more up to $500m in the first 24hrs of its release, and a billion in two weeks after release. Then a look at the blockchain sector, you’ll see Axie Infinity which is worth over $3 billion after barely two years of release while DeFi Kingdom is about $312 million all in the decentralized ecosystem.

This new decentralized ecosystem is powered by blockchain. NFTs represents one of the native innovations around the design of GameFi projects which basically is DeFi meet Gaming. With time, as is being seen, NFTs will form the foundation of most games as it carries within them great economic value. Senshi Metaverse project is being developed to tap into the opportunity and industry.

What is Senshi Games?

Senshi Games is an online Play-to-Earn (P2E) metaverse game on the Unity Engine, developed to give back ownership to gamers. At the core of the game is the integration of NFTs, designed with blockchain technology, to drive the activities in the Senshi ecosystem.

In Senshi, players will move from one stage to another, fighting with opponents, and earning rewards for their activities on the platform. Beyond just playing games, Senshi will be the spot where other games GameFis will be launched as well.

How Does Senshi Games Work?

Senshi Games is a PvE-designed platform where players are engaged with the environment in battles. Before entering the game, each player must own a Master NFT and a certain amount of $SEN Coin (the primary token of the Senshi ecosystem) which is determined by the market price.

With the $SEN Coin, the players can buy Master NFTs at the Game Gear Marketplace. There will be the release of new and exciting Master NFTs which is the character used for battles in the Senshi ecosystem. Each of these characters has special features that players will use to determine which of them to buy. And like other P2E games, these characters can be upgraded.

Realms in Senshi represent the different stages of fight and combat that players will be involved in. For each stage conquered, there are rewards given to the player in the game. For the official launch, there will be about 12 Realms to conquer for each player.

The Realms will be seen as Maps that have well-designed routes that players will take at each time. More Maps will be released as the game progresses. Fighting characters must be able to beat all opponents to become the Master of the Realms.

In Senshi Games, players will also find Tournaments that they can participate in, weekly or monthly; an Anti-Cheat mechanism that tracks down players who act maliciously for the safety of the ecosystem; SENVERS, a launchPad for Metaverse and P2E projects; and a Senshi Gaming Wallet, that will grant access to all games in the Senshi platform.

For most blockchain games, there exists a reward system that remains an advantage over traditional games. In Senshi Games, this also exists so that as players conquer Realms, and participate in the ecosystem, they are rewarded for their activities. For example, Experience Points are given to those who are regularly playing the game.

The two major uses of the $SEN token are for purchasing in-game utilities and rewarding players for their activities on the platform. “Players will be incentivized to stake their $SEN to earn rewards,” says the Whitepaper. “Players who stake $SEN will be rewarded with free Rare and Legendary NFT airdrops and discounts for in-game NFT purchases.

$SEN can be bought with fiat using the Fiat Onramp in the Senshi platform as well as on other DEXes and CEXes with time.

Challenges and Roadmap of Senshi Games

The vision behind it is fair and captivating as the opportunities are real. Yet, the market is experiencing a surge in GameFi projects. There are strong competitors in the industry like Sandbox, Decentraland, DeFi Kingdom, and a host of others.

The gaming communities being built around some of these projects are so massive. Getting into the market to take a significant share will require much more effort. Senshi has other plans too that include having a launchpad and wallet. The question which remains is, will all these come up as stated? There are DeFi projects with huge plans that just can’t keep up with the market speed.

Then, here’s a breakdown of their road map of Senshi:

From the last part of 2021, Senshi was planned as a 2D game for web and Android, however, that was changed to have it as a P2E metaverse game in 2022. So Phase 1 of the new development is planned to be about forming partnerships, activating marketing, early sales as well as Alpha game release.

Phase 2 will highlight IDO public sale, listings on exchanges, the introduction of farming/staking, the NFT marketplace, and more. The game will be released fully with an African Gaming Championship in the Third Phase.

The Fourth and Fifth Phases will focus on adding new features to the ecosystem like weapons, skin, Senshi Wallet, more tournaments and events will be expected as well.

The team members behind Senshi are listed here alongside their partners

Senshi Games started as a 2D project but has been transformed into a 3D immersive, metaverse development with an eye for the African market among other zones. The plans for the game appear appealing with rewards systems that gamers love – thanks to DeFi structures and NFTs. Keep your eyes on their website to see what more can come out of the Senshi Metaverse.

Obiex Virtual Card; The Only Crypto Card You Need.