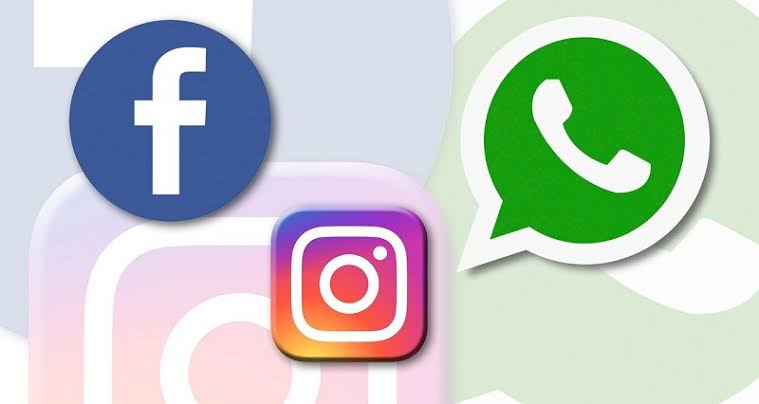 It was six hours and the world has changed. Or hasn’t it?

For long hours today, the 4th of October 2021, world’s largest social media platforms went down. Facebook, Instagram and WhatsApp, all three owned and controlled by Facebook suddenly went out.

The blackout was literally like an actual power or electricity blackout. People were cut off from businesses, acquaintances, families and friends and the many strangers they meet online and have been able to connect to through the largest social media giants owned by Facebook.

The loud noise often associated with social media life just dwindled down like the moon fading away for the sun to arrive.

While the world grappled with their new reality albeit a temporary one, something was happening back home in Nigeria. What was it? We’ll get there. Hang on.

It was widely reported across the internet that a popular social media giant has gone offline. It was impossible to access all their services. Facebook.com, Instagram and WhatsApp, all gone down and very few people knew what was happening.

It turned out that at about 15:00 UTC, an upgrade was made to Facebook’s Border Gateway Protocol (BGP) records and it blocked the remote team from accessing and resolving the issue while the onsite team had problems physically resolving it. Doug Madory, Director at Internet Analysis at a San Francisco based network monitoring company; Kentik explained the upgrade to the BGP took away the “map telling the world’s computers how to find its various online properties. As a result, when one types Facebook.com into a web browser, the browser has no idea where to find Facebook.com, and so returns an error.”

Madory described the “BGP as a mechanism by which internet service providers of the world share information about which providers are responsible for routing internet traffic to which specific group of internet addresses.”

While billions of users were left without access to their previous online places, the staff at Facebook were also going through their own challenges.

Across Twitter, it was reported Facebook staff were having a hard time accessing their work stations and working. And this because Facebook employees communicate using tools which run on the same inaccessible system and that their badges were not working.

While the services have been restored, the question that remains in the mind of people is; can it happen again?

While Facebook continues to work to resolve the huge problem which will continue to be remembered as the world goes by; a leading commercial bank in Nigeria Guaranty Trust Bank released today, 4th Oct. 2021, the latest version of its mobile app GTWorld.

While banks release new updates to their apps, this one was different. A simple search on the App store revealed two new things about the app. One was bug fixes and enhancement while the other was “eNaira”, the Central Bank of Nigeria Digital Currency.

The Central Bank of Nigeria has been talking extensively about the eNaira project and appointed October 1st as the date of official launch.

Words on the street have it that the CBN’s digital wallet wasn’t ready. While may not be really factual, it does beg the question of why the CBN couldn’t keep to its word.

The user interface of the GTWorld app shows eNaira and when tapped on shows a screen which reads “Kindly note that you will need to download and onboard on the CBN enaira Speed wallet app to create your enaira username and password.”

The screen contains a form that allows the transaction to the eNaira wallet.

Facebook is currently restored as well as Instagram and WhatsApp. The eNaira future is quite uncertain until today’s update.

It is curious because an upgrade caused a 6 hour blackout and an update resulted in a spike of interest in the eNaira.

One thing also stands similar to both actions from Menlo Park and Lagos, is that they both created a huge story.

[…] Monday around 15:00 UTC, it was reported globally that Facebook services were down. The downtime was due to a buggy upgrade. The bug resulted in both employees and users unable the […]