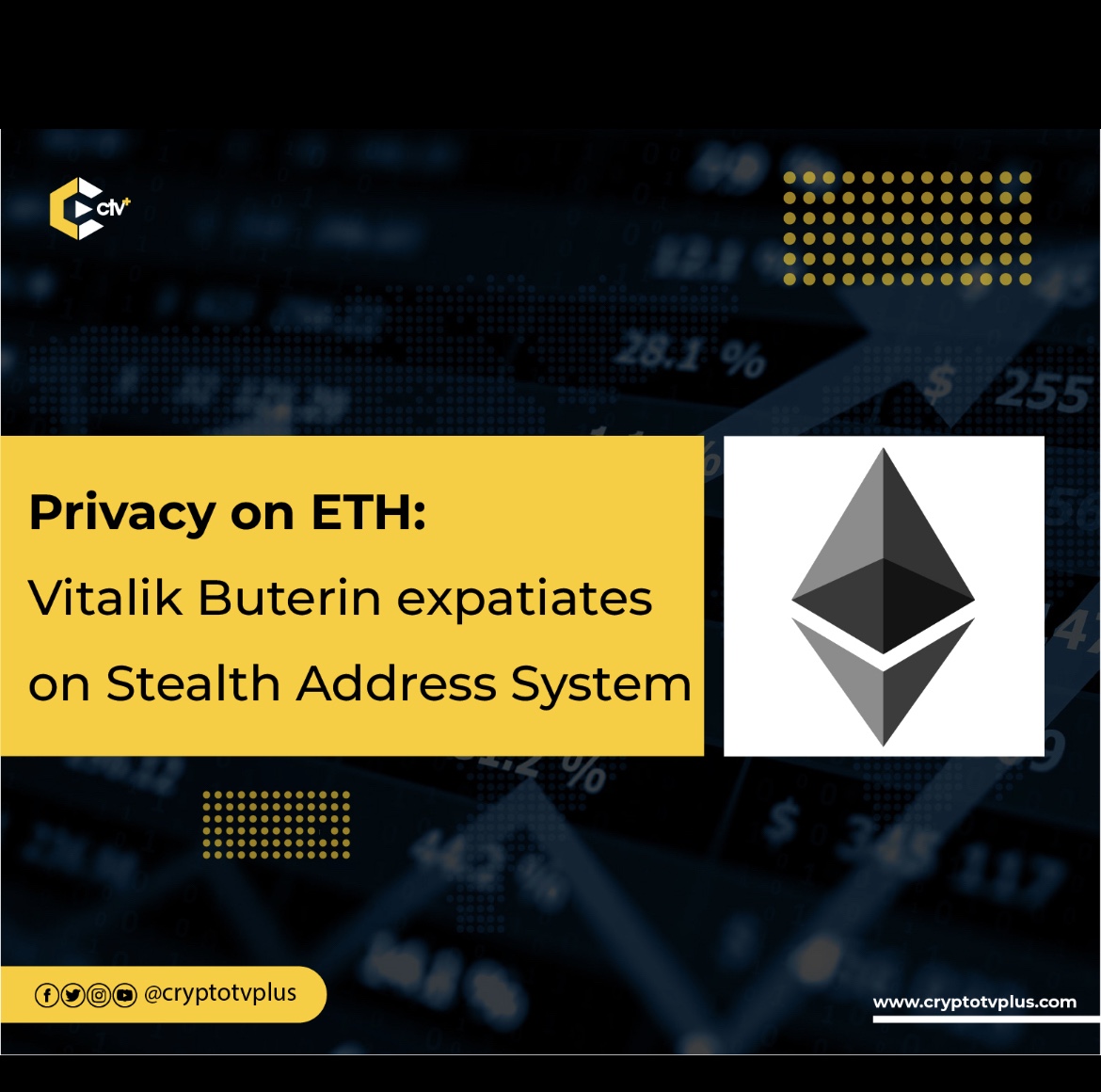 The co-founder of Ethereum, Vitalik Buterin has disclosed a plausible solution to what he describes as the “largest remaining challenge” for Ethereum’s privacy.

It is common knowledge that all data placed on a “public blockchain” are public by default, Buterin, in a blog post on January 20th acknowledged the need for a privacy solution. In the blog post, he came up with the idea of “stealth addresses,” which he claimed has the potential to protect users by potentially making peer-to-peer transactions, non-fungible token (NFT) transfers, and Ethereum Name Service (ENS) registrations anonymous.

What is a Stealth Addresses System?

A Stealth address system is a transactional option where one-time addresses are created for each transaction by either of the transacting parties and the sender sends it into this generated wallet. All of this is done in an effort to hide public blockchain transactions.

Explaining this, Buterin in the blog post made use of two fictional characters (Alice and Bob) to explain how the stealth address system would work. According to him, in a bid to make the transaction anonymous, “Bob sends Alice (or registers on ENS) some kind of “address” encoding how someone can pay him, and that information alone is enough for Alice (or anyone else) to send him the asset.”

Although the stealth address can be created by either of the transacting parties, only the receiver has total control over the wallet and its assets. The receiver generates and keeps the spending key and generates a stealth meta-address through this key. The receiver then sends the generated meta-address to the sender (or registers it on ENS) to conduct some sort of computation on the meta-address which will generate the stealth address. It is the generated stealth address to which the assets will be sent. While sending the assets, the sender uploads some additional cryptographic (an ephemeral pubkey) data on-chain. This will help the receiver locate the particular address that belongs to them.

Below are the stages a stealth address transaction undergoes:

However, according to Buterin, a shared secret by itself is insufficient because both the sender and the receiver may spend from this address if a private key is just generated from the shared secret. Buterin in the blog also added that they could have left it and relied on the receiver to send the funds to a different location but relying on the receiver to do this will be ineffective and will unnecessarily weaken security.

The Ethereum co-founder stated that transaction fees can be paid using ZK-SNARKs, a cryptographically secure technique with built-in privacy features.

Buterin noted that “this costs a lot of gas, an extra hundreds of thousands of gas merely for a single transfer,” emphasizing that this may cause issues of its own in the short run.

Trusting specialized transaction aggregators is another brilliant strategy mentioned by Buterin. Users can buy a set of “tickets” that can be used to pay for on-chain transactions from these aggregators. A user gives the aggregator one of the tickets, encoded using a Chaumian blinding method when they need to spend an NFT in a stealth address that doesn’t contain anything else.

Buterin asserts that the stealth address offers a different type of privacy than that of Tornado cash which is currently sanctioned by the U.S. Office of Foreign Asset Control (OFAC). He stated that “Tornado Cash can hide transfers of mainstream fungible assets such as ETH or major ERC20s […] but it’s very weak at adding privacy to transfers of obscure ERC20s, and it cannot add privacy to NFT transfers at all.”

Today, simple stealth addresses can be readily built and might significantly improve practical user privacy on Ethereum. “They do require some work on the wallet side to support them.