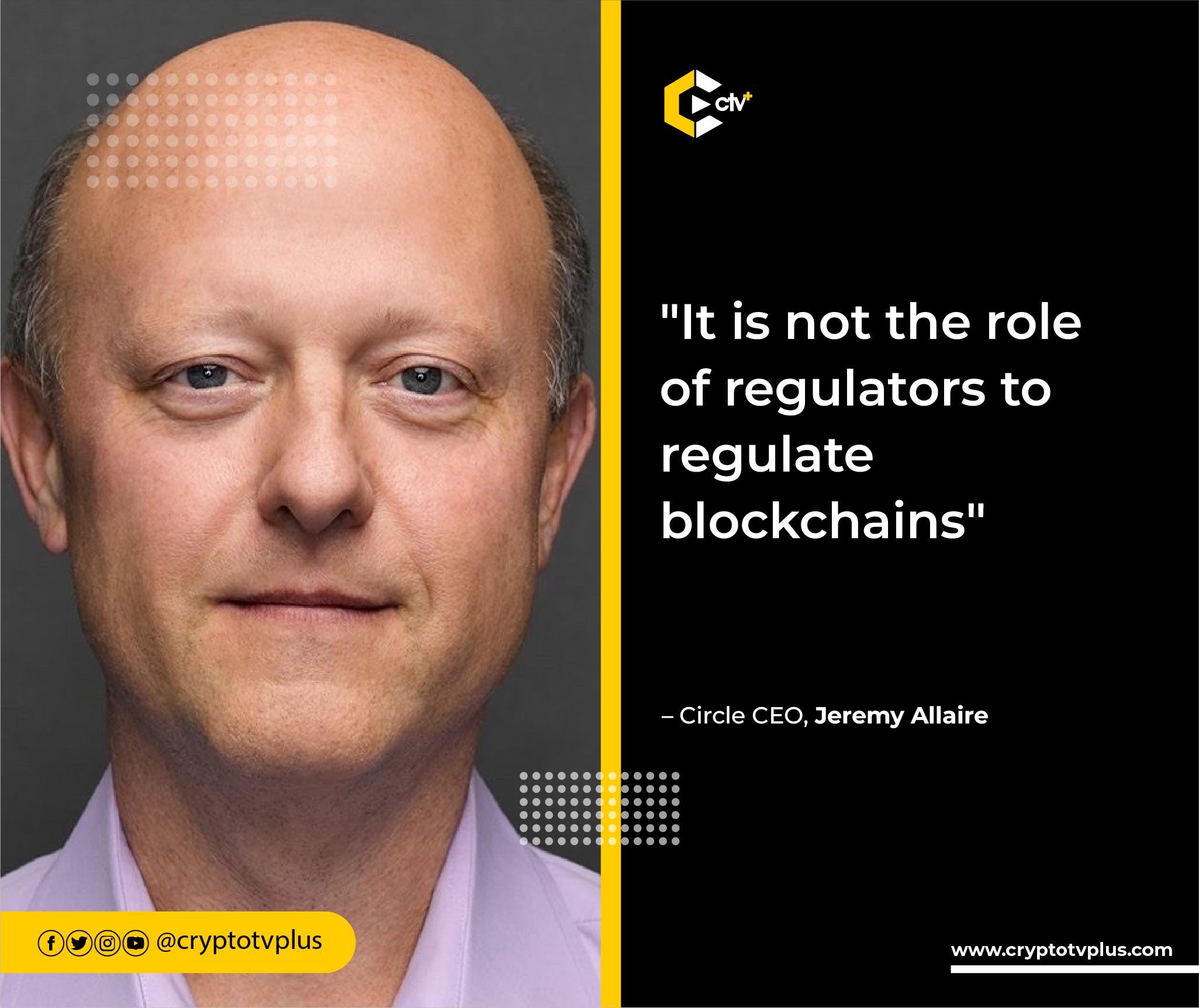 Explaining  his claim, he said, “a base layer and the technology is not indifferent to the application.” He continued, “Blockchain is a base layer, you don’t regulate that”.

Blockchain technology fundamentals is that you could write codes that say release this value to someone based on an event that happens. It can as well say “I want to put value into this contract and someone else can use the value for a period of time and pay back,” Jeremy explained.

Digital assets represent values and are connected to virtual assets and real-world assets. “Who should regulate that? He asked. It is probably not the job of financial regulators to supervise in-game assets,” Jeremy added

Stating how Blockchain is changing the game, “I think we all intuitively grasp that when we digitize something like a photo or a price of content, it becomes this thing that is transmittable and shareable.”

One of the innovative solutions of this space is that when you have a digital property, you can take possession of them and this is part of the fundamental designs of this technology, blockchain, Jeremy explained.  To the government, he said they have a lot of work to do in bringing clarity and classifying digital assets. “Governments have to do the hard work of giving a statutory definition of digital assets and classifying them”.  Also, “they don’t have to throw their hand in the air and say there is regulation and we just have to apply it.”

Circle CEO talking about tokenization relating to USD, said it constitutes the firm’s vision where the question is “how can we use the benefits of Blockchain technology which is an open environment for transactions, immutable records, global interoperability, and all these advantages and tokenize the dollar”. He said, “we (circle) are not trying to build a new currency but trying to use the power of this technology and build it into the dollar.”

The dollar happens to be the most important real-world asset and we’ve tokenized it in a regulated way and it’s a foundational building block because blockchains are open and programmable to anyone in the world, he analyzed. Further he said, the dollar has so many use cases, and “we (circle) find ourselves connecting to so many case studies whether International transactions, cross border transactions, capital market transactions, lending transactions like payment medium.”

Here are the expected crypto buildups in 2023

Related Topics:circleJeremy Allaire
Up Next