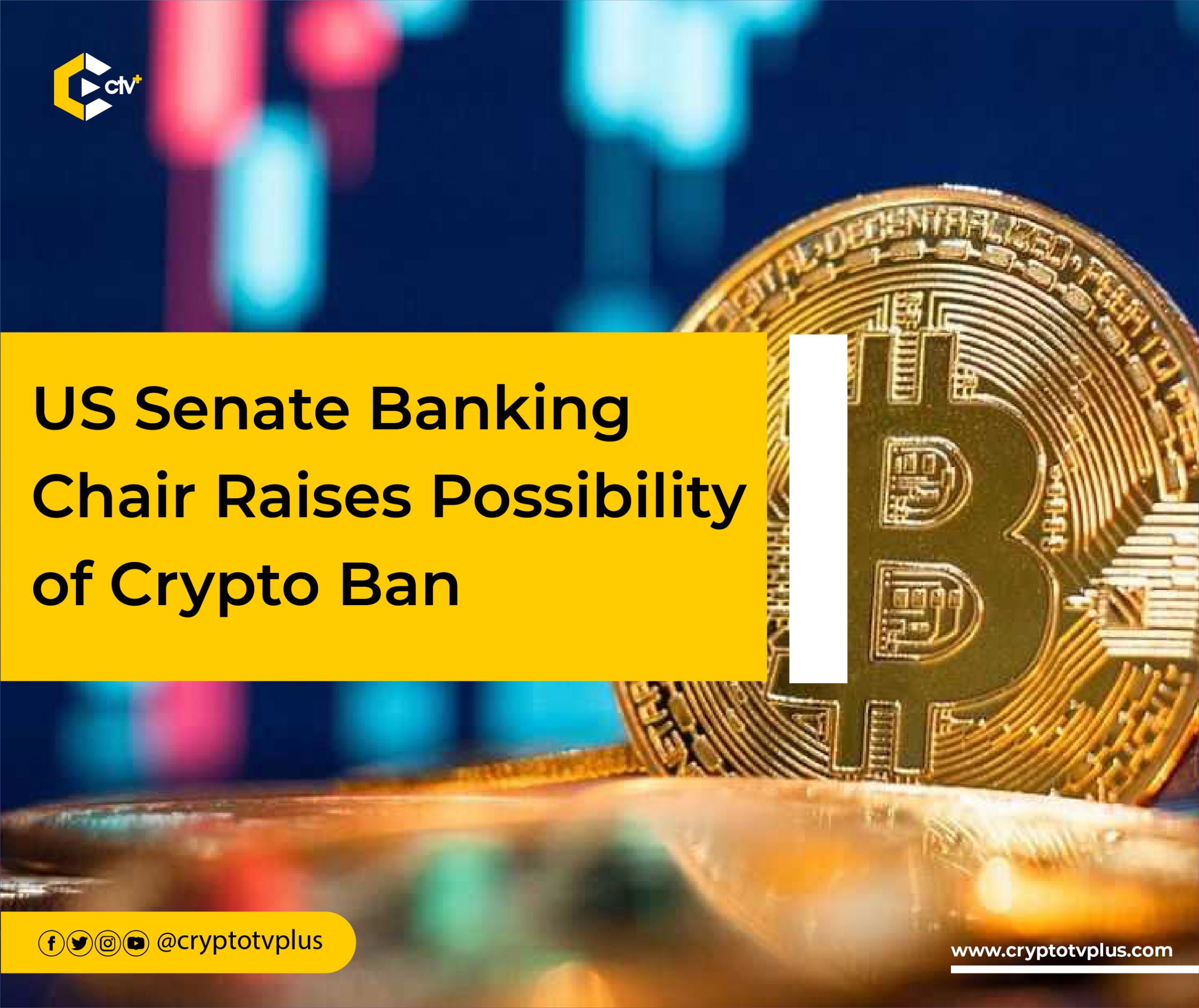 Sherrod Brown, the chairman of the United States Banking Committee, has suggested that the Securities and Exchange Commission (SEC) and the Commodity Futures Trading Commission (CFTC) should consider prohibiting bitcoin.

Brown made his comments on NBC’s “Meet the Press” on December 18, but he quickly added that enforcing a ban would be difficult.

“We want them to do what they need to do at the same time, maybe banning it, although banning it is very difficult because it would go offshore, and who knows how that would work.”

Prior to that, Brown responded to a host’s question regarding Senator Jon Tester’s position that cryptocurrencies need to be prohibited by saying he shared the “same thought.”

The Ohio lawmaker claimed that for the past 18 months, he had been “educating” his colleagues and the general public about the risks associated with cryptocurrencies and urging immediate and decisive action.

He said he had already contacted the Treasury and the Secretary to request an evaluation of the entire government by all relevant regulatory bodies. “The SEC has been extremely aggressive, and we need to move forward both in that direction and, if necessary, legislatively.”

Brown referenced the unexpected collapse of FTX as an example. However, he also pointed out that this is “just one key component of this problem.” He asserted that cryptocurrencies are “dangerous” and a “threat to national security,” citing the problems they aggravate as examples, including North Korean cybercrime, drug trafficking, human trafficking, and the financing of terrorism.

Brown commended the U.S. Department of Justice on December 13 for bringing criminal charges against former FTX CEO Sam Bankman-Fried, who is currently being held in the Bahamas awaiting extradition to the U.S., in his own statement on November 30 calling for an “all-of-government” strategy to regulate the industry.