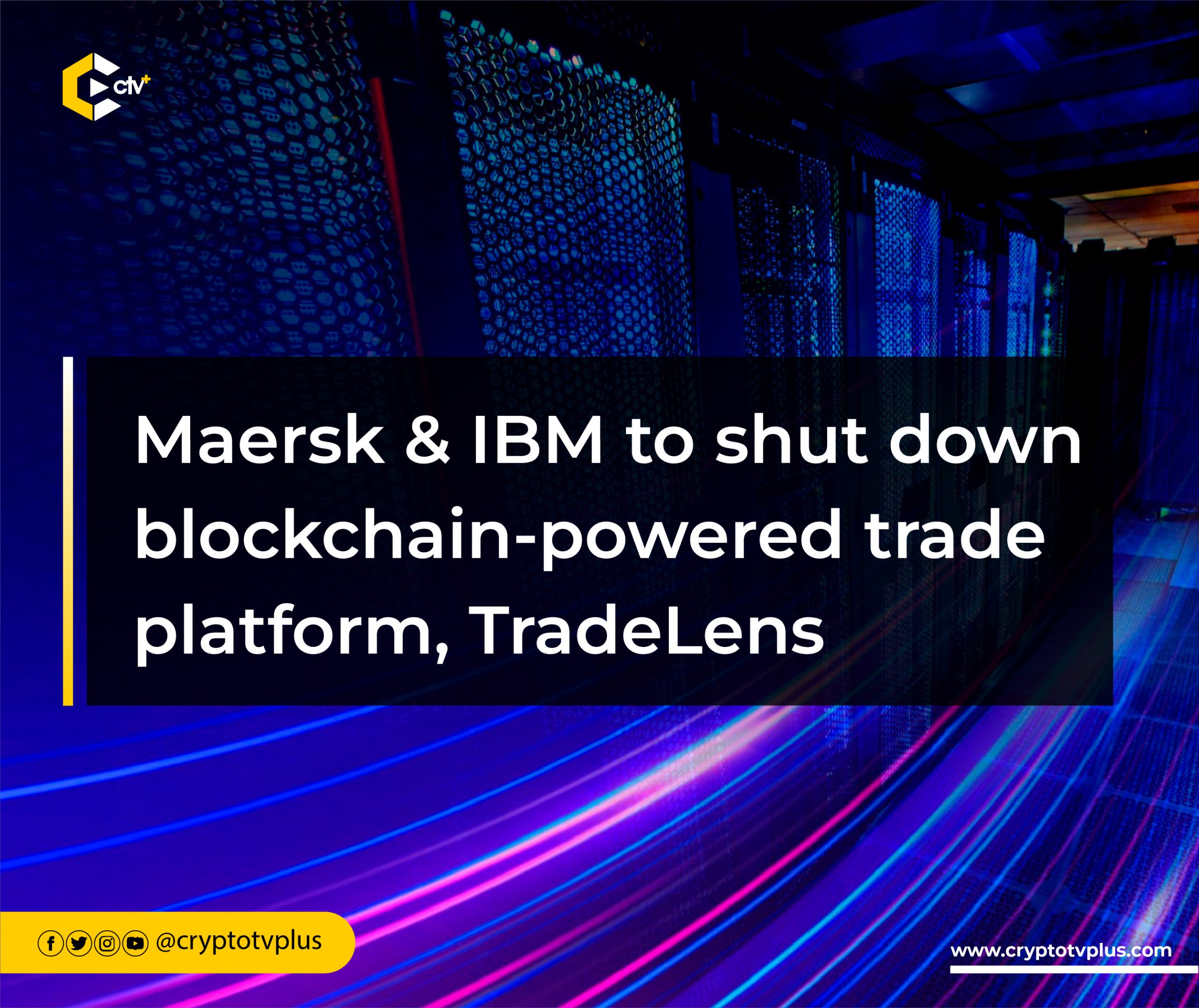 IBM, a United States technology company, has pulled the plug on TradeLens along with Danish logistics firm Maersk, its co-developer.  The backdown of the two firms on the blockchain supply chain platform will likely happen by early 2023.

This move will end the five-year project both companies worked on to improve global trade through a permissioned blockchain. TradeLens is a blockchain-based firm that functions by tracking and processing shipment data and stamping them on-chain for involved parties to access and validate.

Maersk disclosed that TradeLens’ offerings will be suspended; however, customers will be attended to without disrupting their businesses. Maersk added that suspending the platform will take full effect from the 1st quarter of 2023.

The two firms, IBM and Maersk, founded TradeLens in 2018 during the “enterprise blockchain” to make international trade more efficient. TradeLens is open to shipping and international operators, and its members have access to validate transactions recorded on the blockchain digital ledger.

According to Maersk’s head of businesses, the shutdown was due to a lack of full global industry collaboration and not attaining a certain level of viability. He added that the firm would continue on the path of digitizing the supply chain but through alternative means.

The lag in adopting TradeLens, blockchain scalability, and privacy concerns still contributed to the shutdown move.

TradeLens has had wins like onboarding 150 companies, which includes giant shipping firms like CMA CGA and Mediterranean Shipping company. TradeLens has recorded saving users 20% on documentation costs and 40% on time spent on shipping.