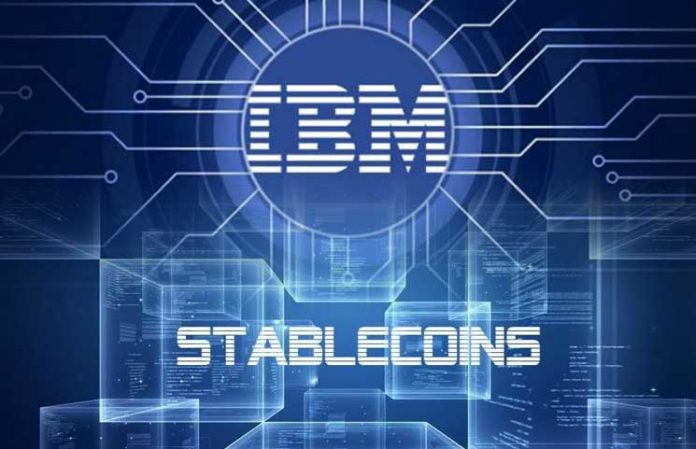 The tech giant IBM is on a mission to bring mainstream adoption to the blockchain. So far it is seeking to be the company that brings blockchain technology to the masses as IBM Blockchain –  the IBM arm in charge of developing solutions for the blockchain space on Monday 18th March announced its launch of the long-anticipated world wire network, a blockchain network based on the stellar public network.

In a statement, IBM describes it as the “first blockchain network of its kind to integrate payment messaging, clearing and settlement on a single unified platform and Participants are also allowed to dynamically choose from a variety of digital assets for settlement.”

IBM has already signed up six international banks that aim to create their version of stable coins backed 1:1 against their local fiat currencies as at the time of the launch. All the six banks have signed letters of intent with IBM. The stablecoins is to be built on top of the world wire network, the messaging and communication network (think SWIFT) which will facilitate seamless cross border payments.
Although, only the identity of one bank has been revealed IBM Blockchain should sooner or later announce the other partners. The known bank is Philippines-based RCBC, whose stablecoin will be pegged to the local peso while the other banks will be creating stablecoins pegged to the Euro, Korean won, Indonesian rupiah, and Brazilian reals according to respective regulatory provisions.
“We’ve created a new type of payment network that is unique in the sense that it streamlines the ability of businesses and consumers to move money around the world in real time. This enables improved transparency without sacrificing the regulatory controls and policies we need in order to make sure that there aren’t bad actors in the system. We are convening a brand new network in 72 countries that will support pay-in and payout endpoints in 48 currencies.” –  Jesse Lund, head of IBM Blockchain told Forbes in a detailed podcast interview.

The world wire network is basically a remittance network designed to contend against the ripple and SWIFT. IBM Blockchain general manager, Marie Wieck simply put it more precisely:
“We’ve created a new type of payment network designed to accelerate remittances and transform cross-border payments to facilitate the movement of money in countries that need it most.”
Furthermore, She added that “By creating a network where financial institutions support multiple digital assets, we expect to spur innovation and improve financial inclusion worldwide.” The World Wire currently offers settlements in two currencies, Stellar’s Lumens [XLM’] and the USD-pegged Stronghold stablecoin.
The IBM World Wire was initially announced back in October 2017 as the first pilot program was launched on the platform. It’s been under development for quite some time now but finally launched officially and available to be adopted by financial institutions to create their version of stablecoins and facilitates better cross border payments.
The network is supported in 72 countries so far with 48 currencies and 44 banking endpoints as revealed by IBM.

Do you think the world wire network stand the chance to compete against Ripple? Do share your thoughts with us in the comment section below.

Paxful is in the News for the Wrong Reasons