Kraken reduces employees by 30% as the bears bite harder
Advertisement 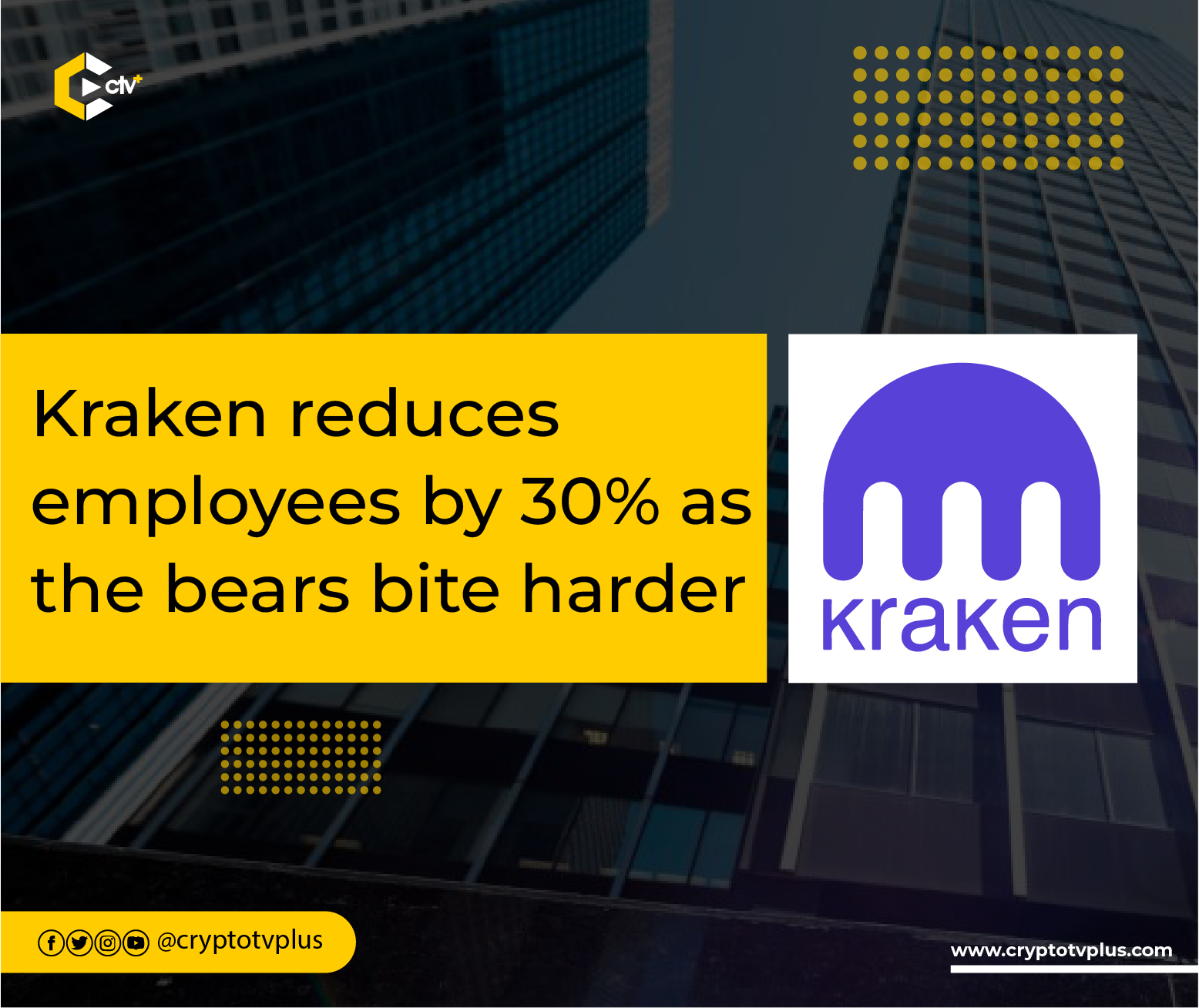 In light of the current market conditions, cryptocurrency exchange Kraken announced on Nov. 30 that it has made one of its “hardest decisions” and is reducing its global employment by 1,100 workers, approximately 30% of its overall workforce.

Kraken noted that since the year’s beginning, macroeconomic and geopolitical concerns have had an impact on the financial markets, leading to dramatically lower trading volumes and fewer client sign-ups.

According to Kraken, the decision to lay off workers is needed so as to sustain the business for the long term while continuing to produce world-class products and services in certain areas that bring the most value to their clients.

In spite of the market downturn, Kraken declared in June of this year that it would keep filling over 500 positions across multiple departments.

The cryptocurrency industry has plummeted this year, with bitcoin (BTC) dropping in value since the end of 2021 and the overall market capitalization of all cryptocurrencies falling by more than two-thirds.

Companies that increased staffing levels during the years of boom had to reduce it during the downturn. Coinbase, a publicly traded exchange, cut 60 positions this month alone. Immutable, let go of more than 20 staff members,Barry Silbert’s Digital Currency Group laid off about 13% of its staff in November. Crypto.com laid off 2,000 employees in October, Gemini lays off hundreds of staff in july, Bitpanda laid off 30% of it ist staff in july,six days ago, Quidax laid off  25% of it’s workforce after slashing it’s workers salary by 30% in August just to mention a few.