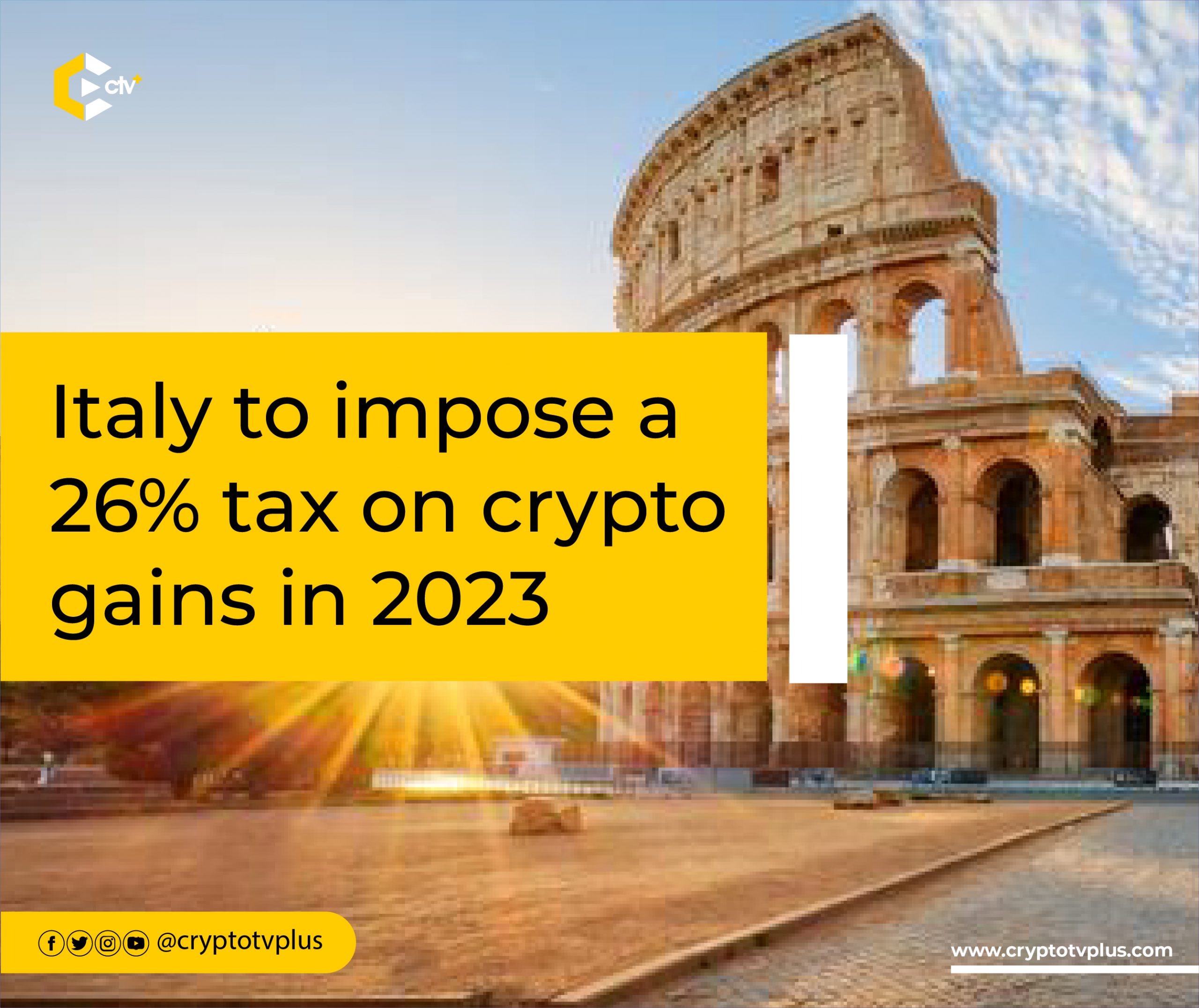 Italy is planning to increase taxation on cryptocurrency trade and tighten regulation of digital assets starting in 2023. According to the proposed budget  for the upcoming fiscal year.

The new government in Italy intends to charge a 26% tax on capital gains on profits larger than 2000 euros ( $2,062.3) from cryptocurrency trading. Prior to this proposal, digital currencies were taxed at a lesser rate since they were considered foreign currency.

The government’s governing party, which was elected in late September, also gave taxpayers the flexibility to declare the worth of their digital assets as of Jan. 1, 2023 and pay a 14% tax on that amount. The intention is to encourage Italian tax paying citizens to report their assets on their tax records.

Digital currencies and tokens are classified in Italy as foreign currency under the country’s present tax laws, which means they pay less tax. In addition to introducing transparency requirements and extending stamp duty to cryptocurrencies, the draft law is still subject to parliamentary amendments.

The administration of Prime Minister Giorgia Meloni is in charge of the budget plan. As the head of the far-right Brothers of Italy party and the first woman to run Italy’s executive branch in Rome, she has advocated for lower taxes in the past.

According to Tripe A data, 2.3% of the Italian population, which equates to about roughly 1.3 million people, own crypto assets in Italy. By July 2022, it was estimated that about 57% of crypto users were male, while 43% of users were female, with most of its users belonging to the 28-38-year age group.

With regard to the proposed taxation on digital currencies, Italy seems to be following Portugal’s lead. Portugal, a formerly well-known bitcoin tax haven, proposed a 28% tax on capital gains from cryptocurrencies held for less than a year in October 2022.