Bybit announced a second round of layoffs in 2022
Advertisement 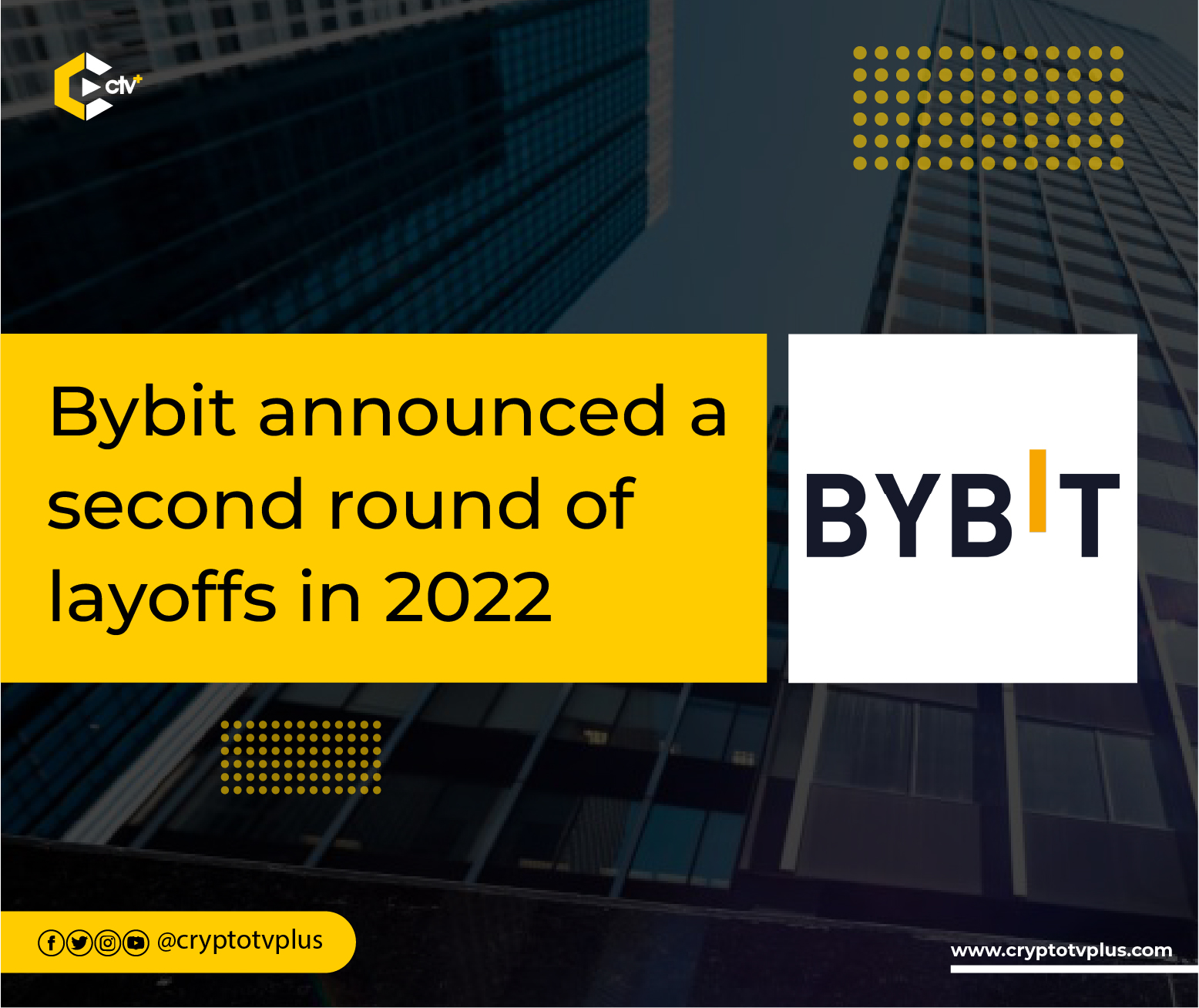 As the impact of the bear market continues to increasingly show with crypto start-ups finding ways to remain afloat as others race down to bankruptcy, Ben Zhou, the co-founder, and CEO of Bybit announced a restructuring plan that calls for a significant decrease in staff.

For the past couple of weeks, the impact of the bear market has been exposing questionable acts and weaknesses of some exchanges and other start-ups. It has also compelled crypto firms to reconsider their business plans and model in order to counteract the losses as a result of the prevailing bearish market sentiment.

For the second time in 2022, cryptocurrency exchange Bybit announced major layoffs as part of this plan to manage the exchange loss.

Ben Zhou, on the 4th of December, 2022, announced a reorganisation plan that calls for a significant decrease in staff amid a continuous bear market. Employees across the board will be impacted by the “planned downsizing.” The announcement came with fear and doubts to the minds of Bybit users considering what has been happening with crypto exchanges in the past weeks as one of the users asked if the new development would affect the Bybit platform in any way saying

”We are getting nervous and have already started withdrawing funds to limit exposure.” 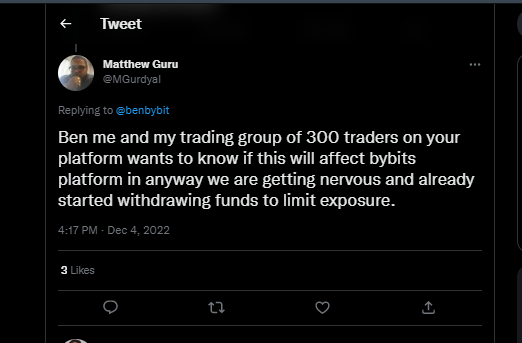 In response to the question, Zhou assured that Bybit operations would not get affected, as the downsizing is done to maximise long-term sustainability for the exchange. 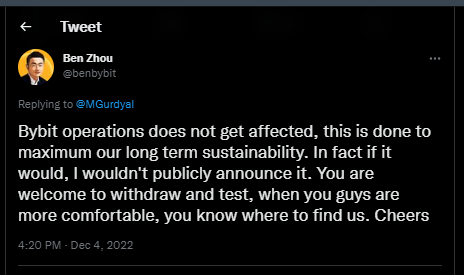 On June 20, Bybit discreetly fired some of its employees citing “unsustainable development,” as the reason which was substantiated by leaked internal records. In months the number of employees at Bybit has been reduced by over two thousand staff as a result of the layoffs.