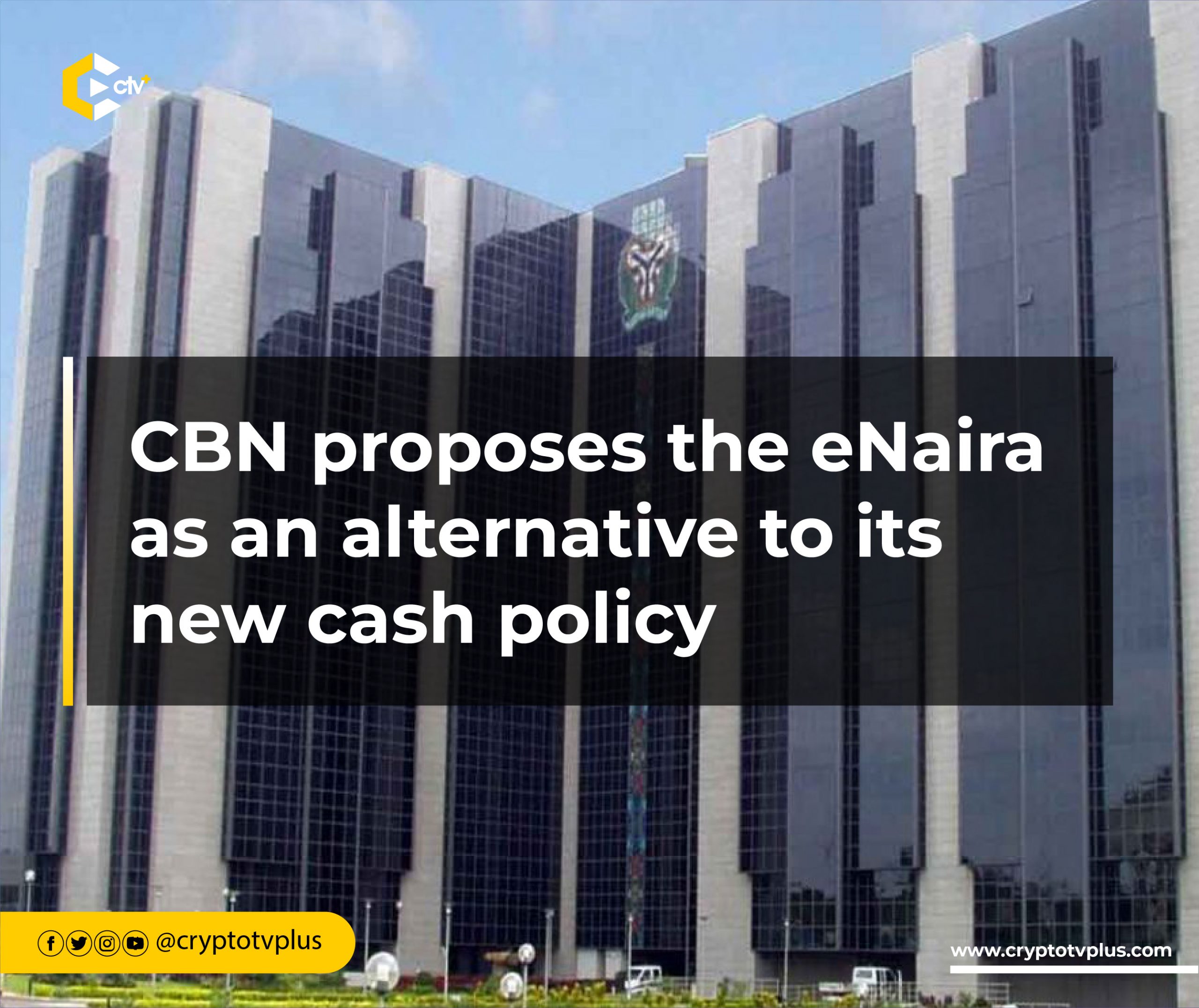 The Central Bank of Nigeria, in a letter to all Deposit Money Banks (DMBs) and financial institutions, gave a new cash withdrawal policy which was stated to take effect from 9th January 2023. The letter, however, contains alternative transaction channels and identifies eNaira as one of the channels. The CBN also urged financial institutions to encourage customers to use internet banking, cards/PoS, USSD, and mobile banking Apps.

The financial institutions referred to by the CBN include Payment Service Banks (PSBs), Primary Mortgage Banks (PMBs), and Microfinance Banks (MFBs). The letter followed the launch of the redesigned naira note moved by the President of the Federal Republic of Nigeria in November 2022.

eNaira was launched by the CBN in October 2021 and has had low adoption. A report from Bloomberg in November read that the adoption of the eNaira as published by the Central Bank of Nigeria was less than 0.5%. Experts diagnosed that possible reasons for the shaky adoption include lack of awareness, lack of collaboration, and lack of use cases for the eNaira.

Interestingly, the directive from the CBN issued on 6th December, encouraging the use of the eNaira as an alternative channel could drive the needed awareness and bring the eNaira to the hands of many which they can use in place of the naira to settle payments and transactions.

However, the CBN and the traditional banks still have work to do in terms of education. For proper adoption as an alternative channel, local businesses need to understand how the eNaira works and how to use the digital currency for payments.

In the letter, the Director of Banking Supervisor, Haruna B. Mustafa, said that “aiding and abetting the circumvention of the policy will attract severe sanctions.” The warning followed the alternative channels of transaction identified by the CBN which means that bank customers should use the outlined alternative channels rather than not complying with the order.

How Bitcoin Lightning is scaling payment