Why the adoption of E-naira is low
Advertisement 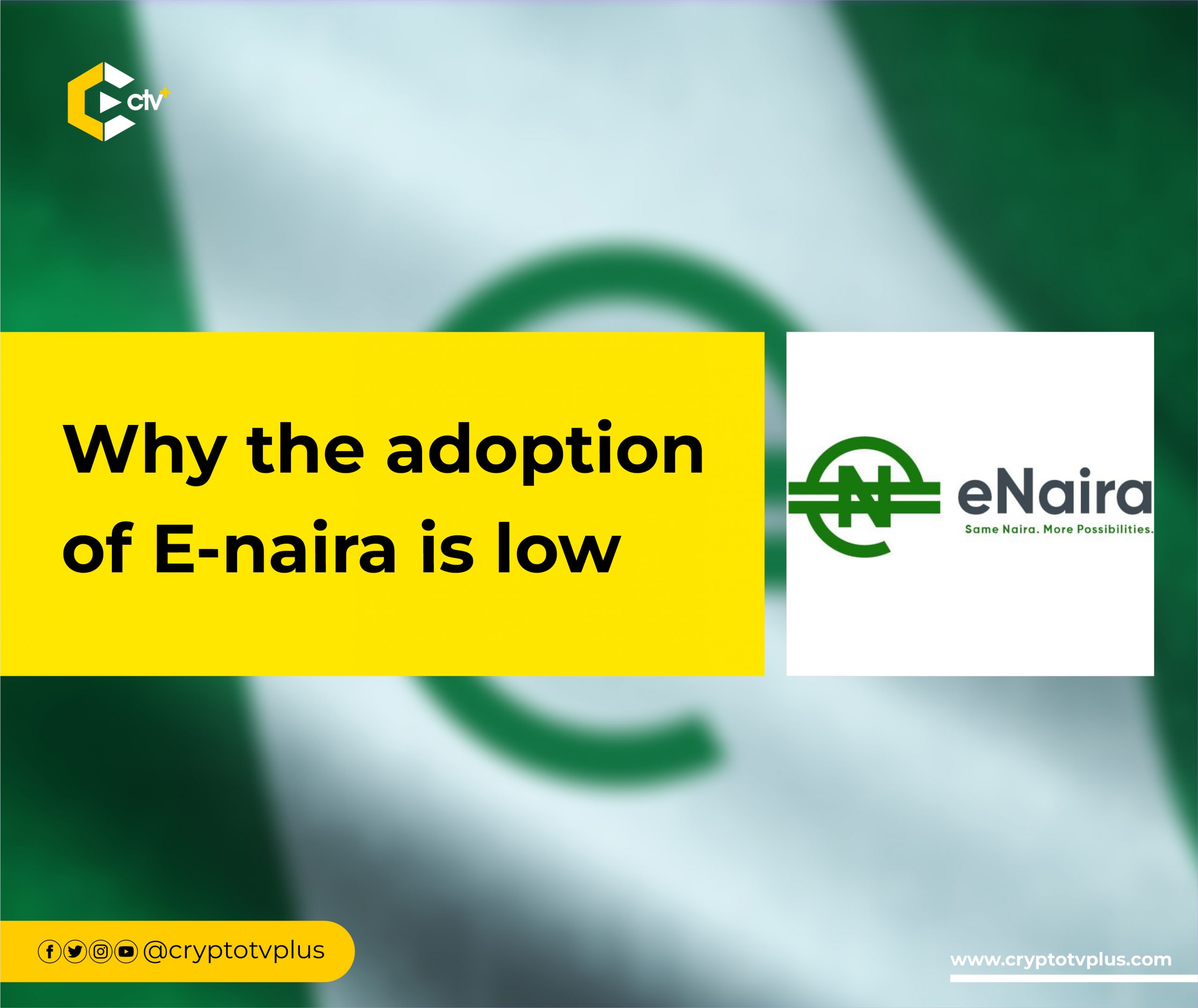 Reports from Bloomberg suggest that the adoption of eNaira released by the Central Bank of Nigeria stands at less than 0.5%. Why is this so? Do Nigerians really need eNaira? Or are the banks not supporting its adoption?

Mr. Oluwafemi Balogun, a Fintech and telecom professional, spoke on the eNaira, saying one of the reasons the CBN launched the eNaira was to drive financial inclusion in Nigeria, which is currently at 65%. The apex bank proposed an inclusion target of 95% by 2024, and that’s one reason a blockchain-based digital currency was released.

eNaira and currencies domiciled in our accounts are the same in value and are recognized as legal tenders in Nigeria, Jeffrey Williams Edem, a Fintech Guru, said. The difference is that the former is digital on the blockchain, while the latter is physical.

Mr. Jeffrey highlighted some of the advantages of eNaira over cash which are a faster payment process, not limited to geography or time, and ease of use.

Since the eNaira seems good, why is the adoption so low amongst Nigerians? Tony Nwabishop, CEO of CryptoTvPlus, asked the panelists.

It’s not surprising to see the low acceptance of eNaira by Nigerians, Franklin Peters, founder and CEO of Boundless Nexus, said. While the CBN orchestrated the design and launch of the digital currency, there has been no collaboration with the local crypto industry in the country to help drive adoption.

Other challenges behind the low acceptance of eNaira are the absence of incentives for users and inadequate awareness of the digital currency, Franklin says. Collaboration with the crypto space will surely help drive adoption.

Mr. Bello pointed fingers at the banks, saying banks are not playing their role in driving the adoption of eNaira. If the CBN insists that all banks switch to eNaira, we’ll see a rise in adoption, Bello said.

Mr. Jeffrey said that adoption should start from government-controlled programs like disbursement of the N-power Program, and other intervention schemes should be done using the eNaira. Developers should use this as an opportunity to build products that will help drive adoption, Oluwafemi added.

How Nigeria can become a bitcoin mining giant