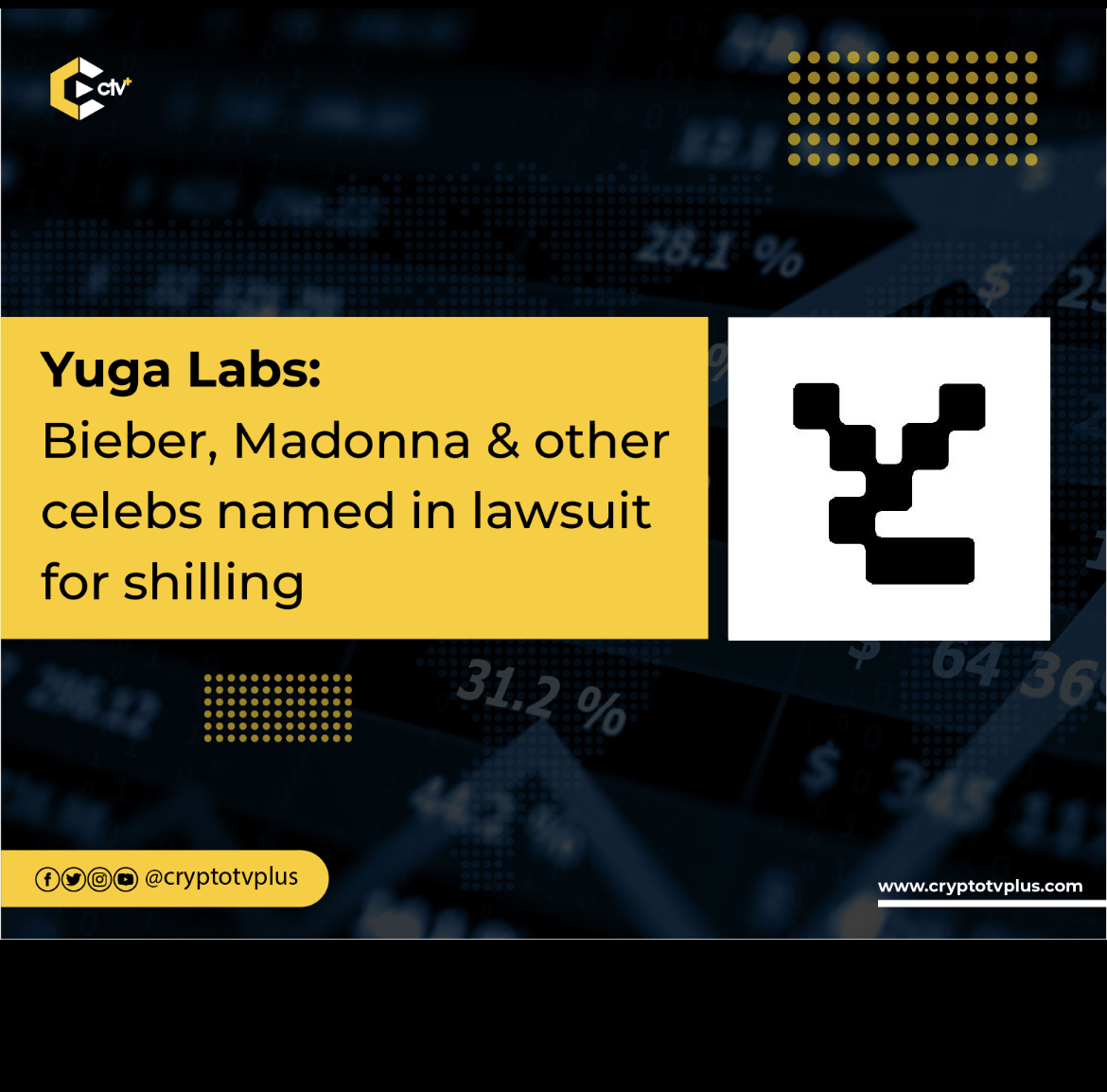 The ongoing lawsuit in the U.S. The District Court for the Central District of California has named several celebrities for endorsing Yuga Labs’ non-fungible tokens (NFT) collections which later led to financial losses on the part of investors. Some of the celebrities mentioned include Justin Beiber, Paris Hilton, Jimmy Fallon, and Madonna.

This lawsuit was filed by John T. Jasnoch of Scott+Scott Attorneys at Law LLP on behalf of investors who had invested in Yuga Labs NFTs between April 2021 till now. This includes those who bought Bored Ape Yacht Club (BAYC) or the Ethereum-based governance and utility tokens used within the APE ecosystem- ApeCoin. The plaintiffs who pushed for the lawsuit are Adonis Real of Florida and Adam Titcher of California, both of whom purchased Yuga Land’s assets.

The proceedings revealed that in August 2021, Titcher purchased Mutant Ape Yacht Club #1984 for 5.3 ETH, about $17,000 at the time. He also minted an Otherdeed for Otherside #16235 on OpenSea in April 2022. On Adonis’ part, the filing revealed that he bought an undisclosed amount of ApeCoin on Coinbase. These purchases made by these men “in reliance on the misleading promotions” and a number of celebrities have led to the loss of their investments.

The 95-page court filing repeatedly referred to NFTs as securities and questioned the U.S. Securities and Exchange Commission on the investigation that has reportedly started since March. Bloomberg had also reported in October that the SEC was investigating Yuga Labs’ operations to determine if the sales of its digital assets conform with federal law.

These claims are opportunistic and parasitic – Yuga Labs

The suit likewise claims that Yuga Labs and Web3 financial backer, Oseary were engaged in a “vast scheme” and utilized MoonPay, a crypto platform, as a “front operation” to promote and sell its digital assets. It was further alleged that “The executives at Yuga and Oseary together devised a plan to leverage their vast network of A-list musicians, athletes, and celebrity clients and associates to misleadingly promote and sell the Yuga Financial Products.”

A total of 37 names were included as defendants in the lawsuit, with each name having its degree of involvement. These names include notable blockchain institutions and individuals such as the founders and leadership team at Yuga Labs, MoonPay and its CEO, Ivan Soto-Wright, Alexis Ohanian Reddit co-founder and investor, NFT artist Beeple, the board members of Ape DAO, Amy Wu, Maaria Bajwa, and Dean Steinbeck. In addition, celebrities such as Justin Beiber, Jimmy Fallon, Gwyneth Paltrow, Madonna, Paris Hilton, Serena Williams, Post Malone, Diplo, Snoop Dogg; Kevin Hart, Steph Curry, Future, The Weeknd, DJ Khaled, and a host of others were also included to the defendant list.

The main basis for this lawsuit is the claim of the investors that Yuga Labs used the celebrity connection to build hype around the project. It was further revealed that BAYC and related NFTs “rely heavily on the perception that ‘joining the club’ … brings investors status and provides them access to events, benefits, and other lucrative investment opportunities exclusive to BAYC holders.”

This is not the first attempt by Scott+Scott attorneys to sue celebrities for their endorsements in the crypto space. This same law firm filed a lawsuit against Kim Kardashian and Floyd Mayweather for promoting etherumMax on social media. However, this case was dismissed on Thursday over the inability of the plaintiffs to supply sufficient facts.

Speaking to CryptoTvplus, Yuga Labs spokesperson said “in our views, these claims are opportunistic and parasitic. We strongly belive that they are without merit, and look forward to proving as much.”