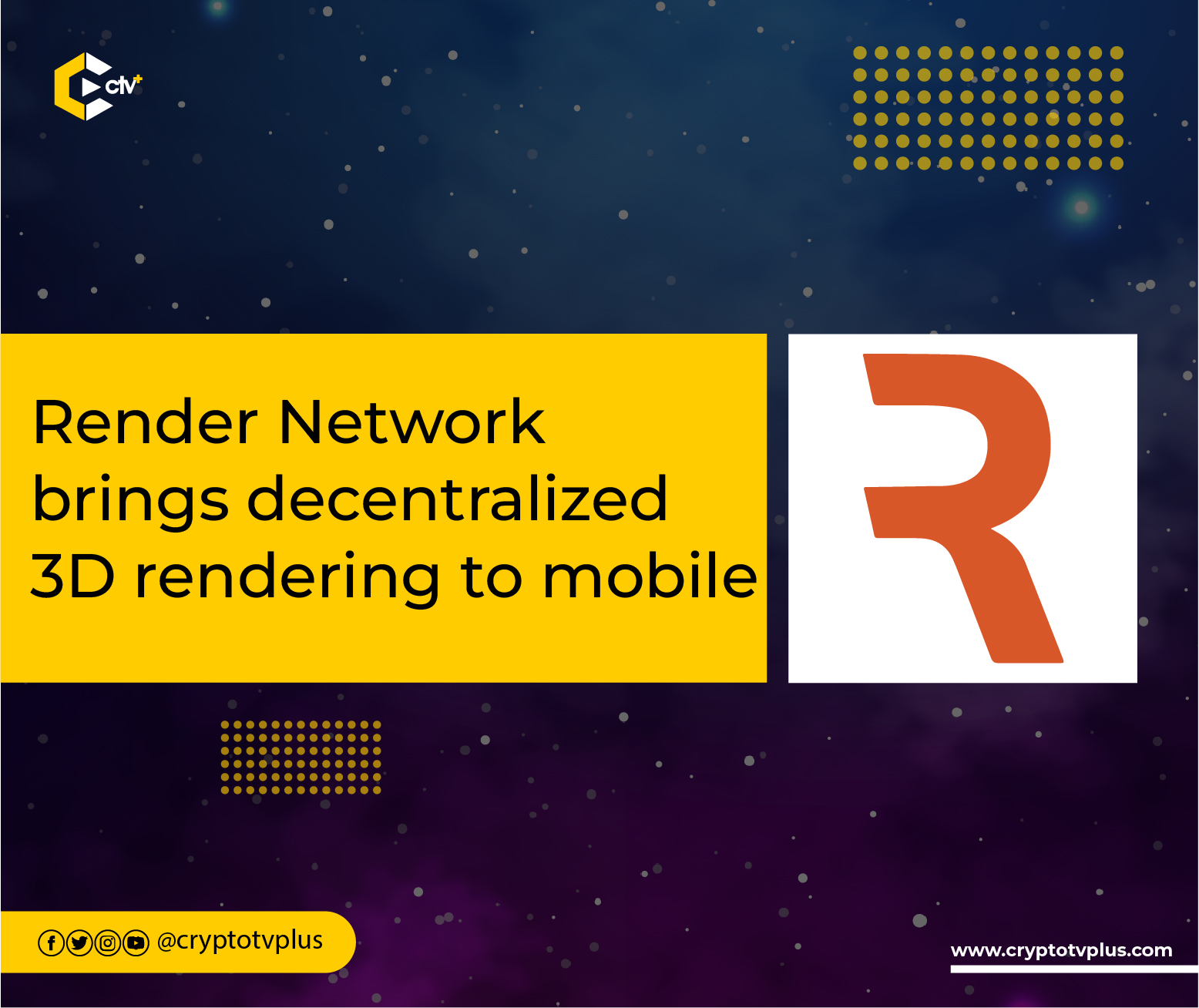 Building a product that has attracted the remaking of the Star Trek movie is a milestone the Render Network team has attained as a result of decades of being in the design space. Jules Urbach, CEO and founder of Render Network, explained at the Breakpoint event how Render Network is changing how 3D immersive designs are done, especially on mobile.

The CEO revealed that the company had been known for GPU rendering connected to images, animation, cinematic VFX, and real-time AI rendering. While cloud technologies have helped to power some of our operations, we see an opportunity where blockchain tools can be used to make rendering of 3D designs more accessible, decentralized, and easier.

He highlighted that the step taken to build Render Network, a decentralized GPU rendering system, has attracted partnership with Google, and Microsoft. With the developments coming in the next decades, in Web3, XR, mobile, and holographic developments, we need a decentralized system that will power these structures as that of Google and Microsoft cannot meet the demands, Jules noted.

Speaking about making holographic designs, Jules revealed that he sees a world where creating such designs will become cheaper than they are today. He added that part of the vision behind the partnership with Arnold and other top players in the industry is towards creating standards applicable for metaverse projects.

Furthermore, the CEO told the audience that they have also partnered with Apple to bring some of their products, such as the Octane app, into the iPad. This allows each iPad to become a node in the Tender Network, allowing users around the world to render designs that the capacity of their singular devices cannot handle.

He also revealed that the Render Network DAO that was created recently is meant to help govern how the project will proceed to start with the voting on Burn Mint Equilibrium for its token that will be released soon. With Metaplex and Solana as a partner, the Render Network founder said that they are bringing NFT Live streaming to Web3 alongside the Render SDK, allowing all participants in the network to carry out high-resolution rendering easily.

Why on-chain derivatives are important