Jack Dorsey advises crypto investors to "Trust No One"
Advertisement 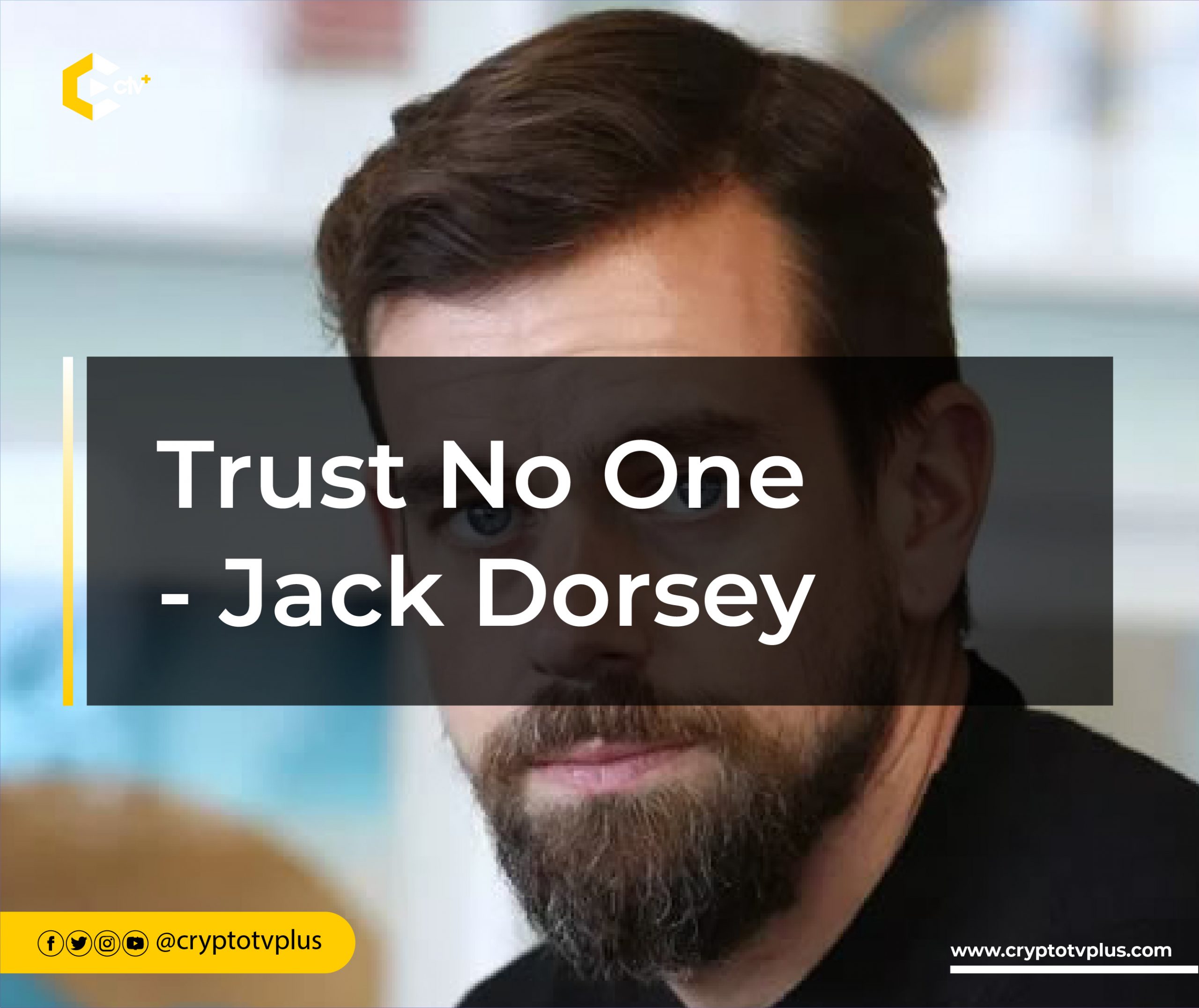 On the heels of the FTX implosion, former Twitter founder and serial entrepreneur, Jack Dorsey has advised investors against trusting anyone in the crypto space. Dorsey, a bitcoin evangelist, issued the advice in response to a tweet, while revealing how estranged FTX CEO Sam Bankman-Fried (SBF) had contacted him before the exchange’s collapse.

Earlier, on Nov 16, the billionaire entrepreneur had tweeted, saying, “Nobody knows anything” in the wake of emerging revelations concerning the embattled exchange. FTX, valued at $32 billion in February, declared bankruptcy two weeks ago after failing to meet customers’ withdrawal requests. While Dorsey didn’t specify in his tweet what he meant, many believe he indirectly referred to the implosion.

When asked by a tweep how deep he was in with SBF, Dorsey shared a screenshot containing a text SBF sent on November 7. In the text, SBF noted that he had gotten his (Dorsey) number from a mutual friend, saying he would love to chat with Dorsey. While there is no context to the text, it is likely unconnected to FTX, as many believe SBF tried to source funds to rescue the exchange.

In addition, Tesla billionaire and new Twitter owner Elon Musk had shown a chat earlier, noting that a third-party (believed to be a mutual friend) had tried to set up a call between himself and SBF. Similarly, rival exchange Binance attempted bailing out FTX (through an acquisition) but backed out at the last minute.

After sharing the screenshot, Dorsey concurred with another tweet by @NeilJacobs, responding, “No one. ” Dorsey agrees people should not believe crypto evangelists and billionaires. Dorsey has long been a Bitcoin maximalist. He has sponsored Bitcoin-focused projects such as the Bitcoin Academy (alongside American rapper Jay-Z) across different regions, including Africa. 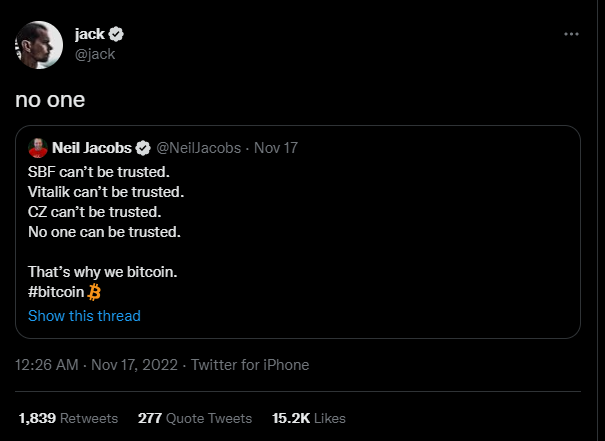 Meanwhile, FTX’s crash has kicked off a wave of events in the crypto ecosystem, with associated exchanges and platforms like BlockFi, Genesis and Gemini facing liquidity problems. Many of them are believed to have stored their funds on FTX before the implosion.