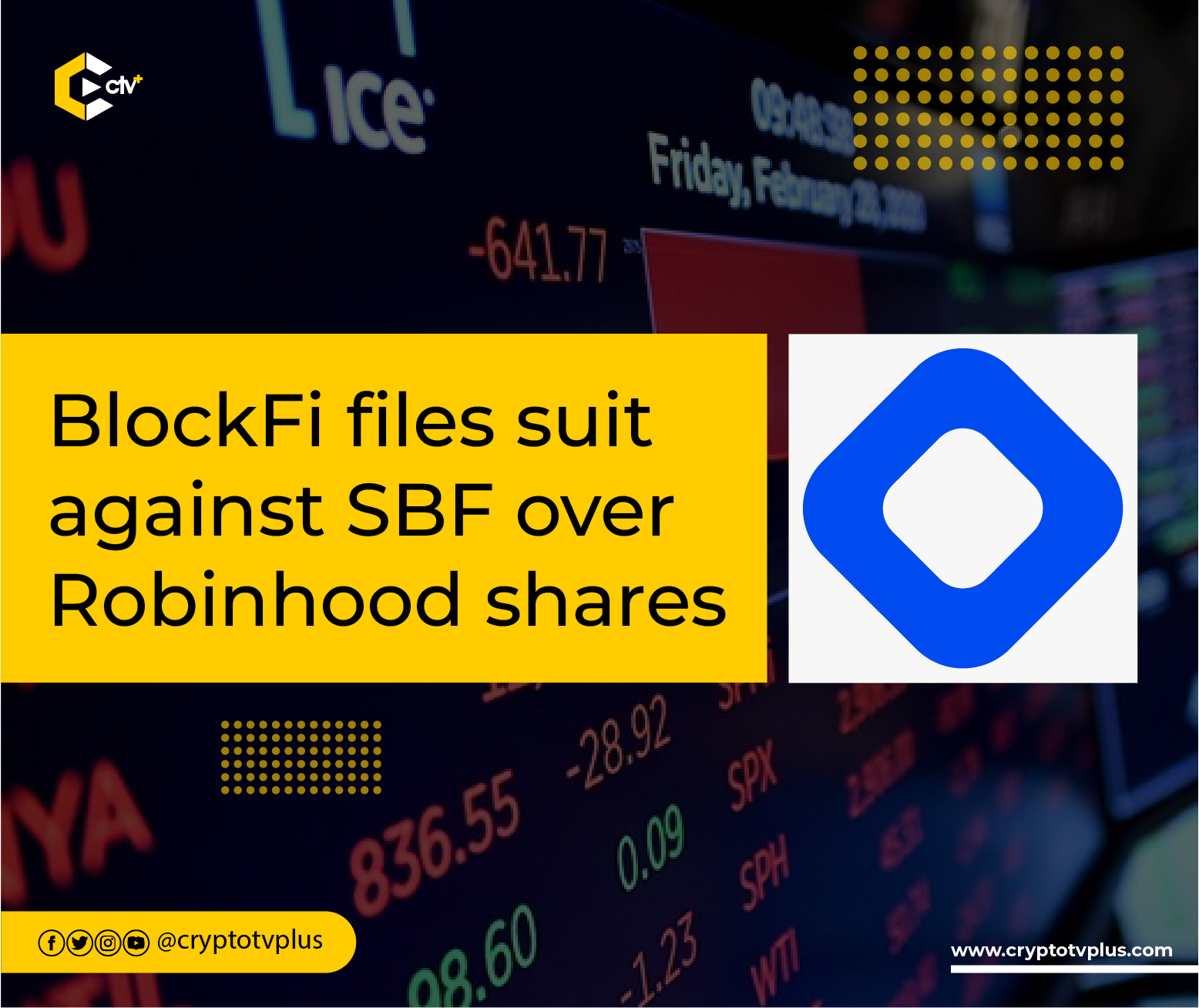 Earlier today, BlockFi filed for Chapter 11 bankruptcy, reporting up to $10 billion in liabilities. Now, the troubled crypto lender is ‘challenging’ SBF for his Robinhood shares which he put up as collateral with them while trying to raise funds before FTX collapsed. Through the lawsuit, BlockFi is seeking turnover collateral from the holding company, Emergent as a part of a pledge agreement from November 9. In addition, emergent reportedly agreed to a payment schedule with BlockFi, which has yet to be met.

BlockFi’s downfall was widely predicted after reports emerged that the lender was deeply involved with FTX. Therefore, its bankruptcy filing did not come as a shock to crypto natives. However, there are reports that BlockFi sold around $239 million worth of crypto to fund the bankruptcy process.

Following a market-wide decline in crypto prices in June, BlockFi laid off a fifth of its workforce. The lender has joined one of the several institutions hit by FTX contagion. These include Genesis, Gemini, and several others who had FTX and Alameda as major partners. Apparently, they were required to keep their raised funds on the exchange. However, the crypto exchange reportedly misappropriated $10 billion in users’ funds.

The contagion has meant that institutions associated with FTX are taking a hit, spelling further doom for the cryptocurrency market in general. Many have speculated that the contagion is wider than what is being observed currently, which could lead to more institutions declaring bankruptcy or shutting down.