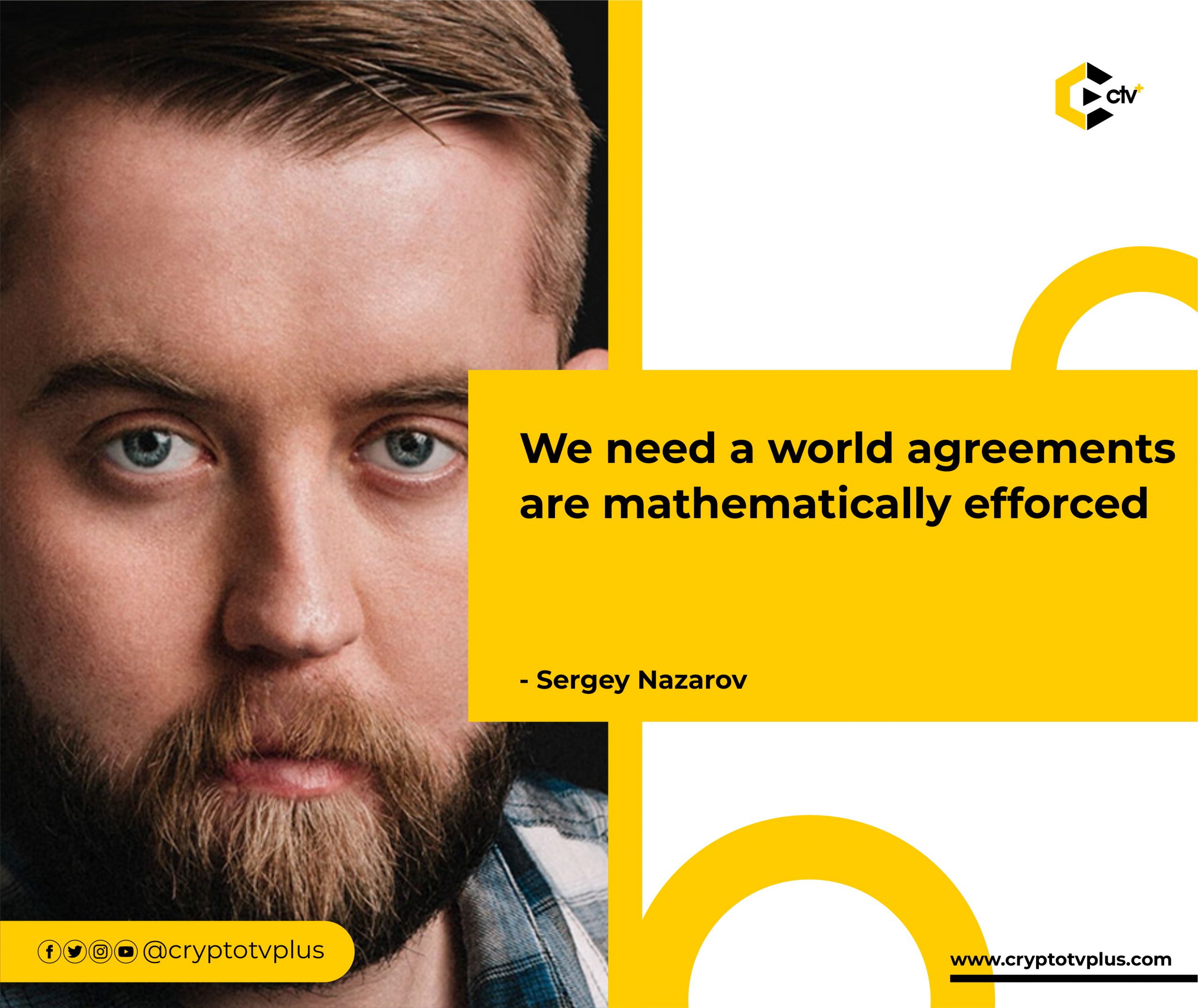 Maths have stronger promises than paper, Sergey Nazarov, Co-founder of Chainlink said while describing how the world is evolving from Web2 to Web3 at the SmartCon2022 event. We need a world where agreements are enforced mathematically, Sergey said.

While cryptography has been used before now, the importance of end-to-end online activities is becoming part of our systems, he continued. From end-to-end encryption in messaging apps, users are demanding the same services in information and financial systems, Sergey explained.

The Co-founder expanded that just as Web2 grew from fragments coming together to create a massive array of tools that communicate with each other today, Web3 will mirror the same pattern. And that process has started and will be the next major phase of the development of the Web3 ecosystem, Sergey opined.

DeFi, he continued, has exploded as a result of the communication of several simple tools created by developers in the Web3 ecosystem. He shared that these explosions and communication have given rise to easy-to-use services for users. He gave examples with Synthetix, Trader Joe and PancakeSwap that use other tools as well as Chainlink to offer useful DeFi services to users globally.

For Chainlink, he announced, we’re launching the Chainlink Economics 2.0 version with tools such as :

Sergey highlighted that more than $500 billion was transacted over Chainlink in August 2022, and $6.12 trillion from its launch to date.

This he said shows that Chainlink Oracle is ready to do more with the 2.0 launch as well as be part of the platform that will accommodate $867 trillion coming into Web3 from the traditional capital market.