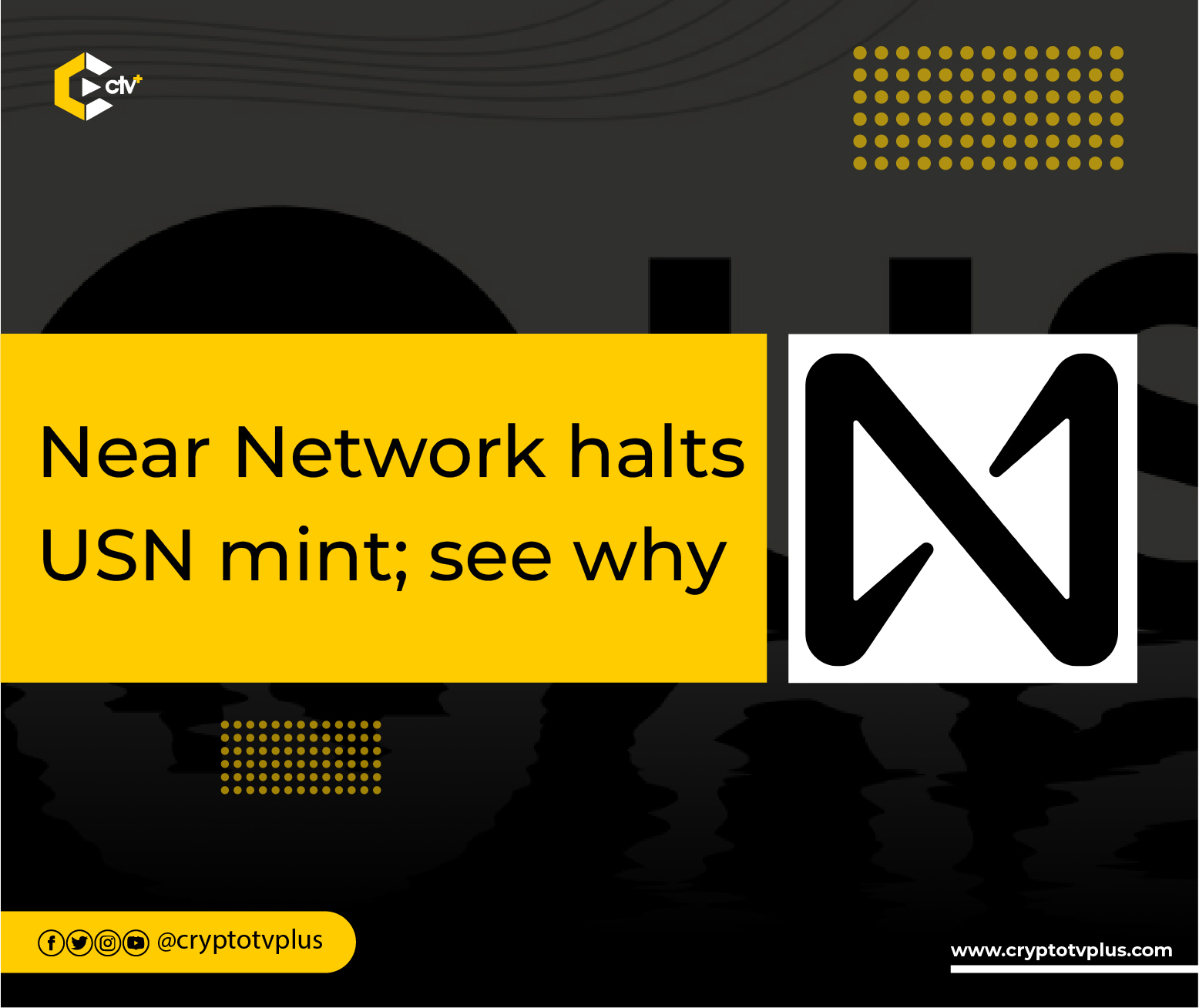 Leading Layer one Blockchain Ecosystem NEAR Network has halted the minting of its native token $USN due to a  $40 million under-collateralization scandal. According to reports, the decision aims to safeguard the network from another Terra episode.

The stablecoin is run independently by Decentral Bank. In an effort to avoid another Terra-LUNA incident, it is reported that the stablecoin bank had implemented a system to alert the network if there is a danger of under-collaterlisation.

The said alert was initiated on the 24th of October 2022, warning devs that over $40 million worth of USN was currently in circulation that weren’t backed. However, while there were early warning signs, they were reportedly not strong enough to inspire decisive action.

In response to a recent issue with USN, the @NEARFoundation is funding a protection Programme to safeguard USN holders.

The funds aim to provide “transparency to the current situation”, as reported in the statement released by the network. However, the funds would only be released after thorough AML and KYC measures have been put into place., in order to ensure the legitimacy of the final recipient. Aurora Labs, the parent of NEAR Network, has reportedly committed to only using the funds to make users whole.’

Currently, the minting of USN has been halted, and only claims for burnt USN before the time of the announcement will be considered. While it is uncertain when the minting of the stablecoin will resume, the team at the NEAR  Foundation remains optimistic about the future of the project and believe a similar intervention will not be needed in the future.