Six (6) DeFi Applications on the Near Ecosystem
Advertisement 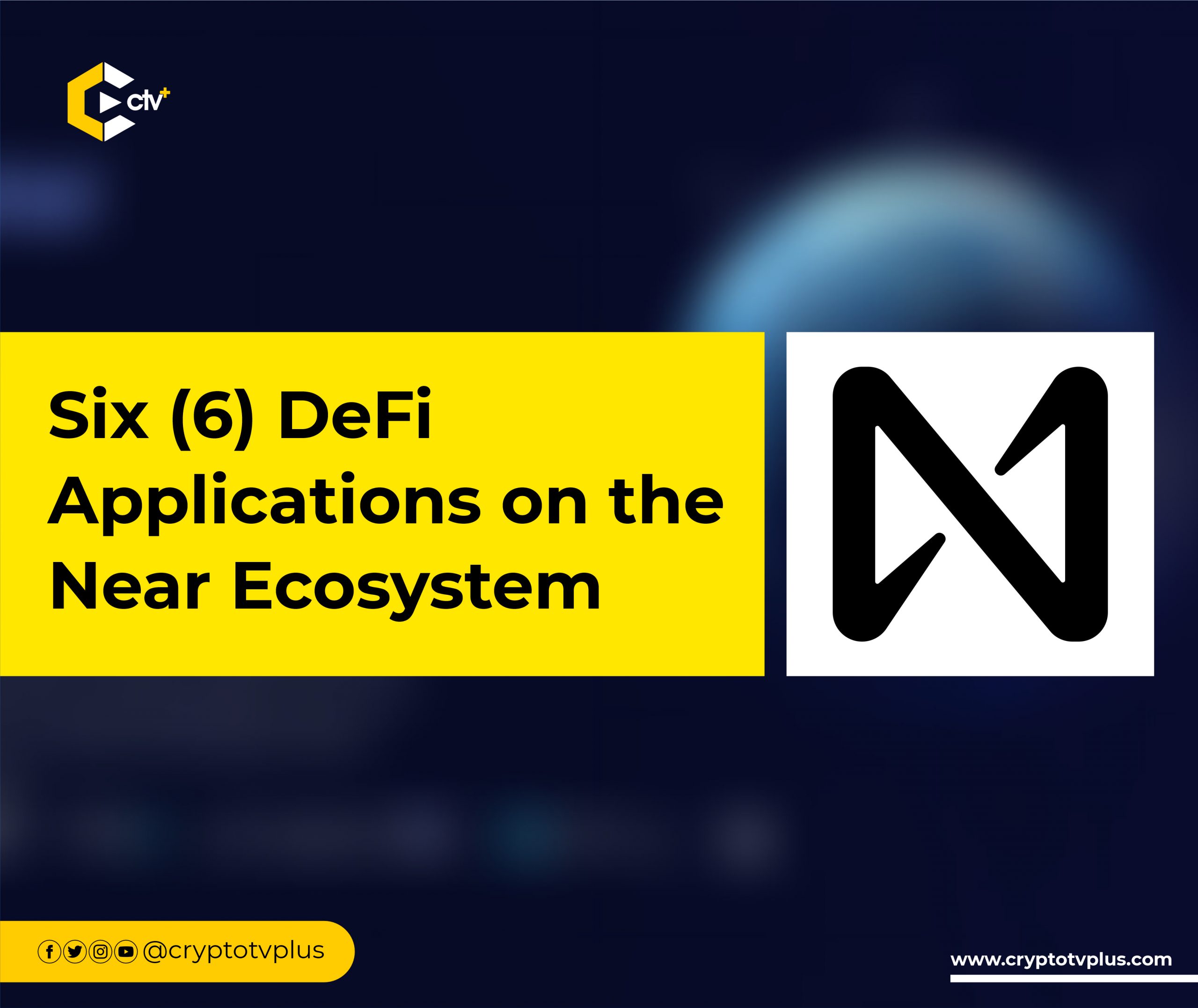 The NEAR protocol was launched in 2020 with a core mission to empower users to take control of their data and finances. Its main use has been for hosting novel decentralized apps crafted with user-friendliness and scalability at its core. This ecosystem is heavily inclined to developers and has been the foundation for a long list of powerful DeFi projects. Decentralized Finance has found worthy expression on NEAR as it boasts of more than fifteen projects providing various DeFi applications in real-world settings including P2P lending and borrowing, insurance, Decentralized Exchanges (DEX), yield farming, stablecoins, and so on. These are some successful applications founded on NEAR:

Rainbow Bridge is a product of the Ethereum-compatible scaling solution, Aurora, and is built on the NEAR protocol. It is the official bridge for token transfer between Ethereum, NEAR and the Aurora networks. It allows the use of Ethereum assets and smart contracts on NEAR. Rainbow Bridge is the only fully permissionless and trustless bridge to Ethereum. Trustless because users are required to trust only the blockchains themselves. It is a defi application that allows users to move their assets and run projects seamlessly across the above-mentioned chains.

Burrow is a major interest rate market protocol sitting atop the NEAR protocol. Since accessibility and ease of use are at the core of the NEAR ecosystem, this platform makes it really easy for users to supply and borrow assets with interest. Users can deposit stNear (staked Near: yield-bearing assets) which appreciate in value with a fair 11% interest per year. This helps users build assets that they can borrow against whenever the need arises. It is a non-custodial platform which means users own sole control over their account and private keys.

Metapool is another DeFi platform built on NEAR and it is particularly focused on liquid staking. Liquid staking, otherwise called ‘soft staking’, allows users to stake funds and still have control over them. The funds remain in escrow but are not locked or inaccessible. Metapool allows users to stake any amount of Near tokens and receive stNear in return. The tokens can be used for making transactions in the DeFi NEARVerse. They can also use the tokens to amass staking rewards and unlock liquidity to participate in a plethora of DeFi activities on NEAR. Metapool runs several projects where a user can deposit Near or wNear (Wrapped Near) to get stNear which they can use as collateral in other DeFi applications and can be traded freely among users.

This is a DeFi project that functions as a DAO for developing, supporting and issuing NEAR-native stablecoins. $USN is the first stablecoin of this kind. Decentral Bank aims at creating an easy-to-use stablecoin that is truly stable; can survive a bear market and thrive in a bull market. It manages the smart contracts of both $USN and its Reserve Fund. It governs the $NEAR of the Reserve Fund. The DAO can vote to stake $NEAR and distribute the rewards to the users of protocols that integrate $USN. $USN adds another layer to $NEAR’s utility as a token and is a good way to bootstrap liquidity in the ecosystem.

Injective is an open smart contracts platform for DeFi applications. It facilitates interoperability and cross-chain transactions across several layer one networks including Ethereum, Moonbeam and IBC-enabled chains like Cosmos Hub. With NEAR, the Injective Protocol enables users to access novel markets across chains with incredibly low-cost token riding. Through decentralization, it has a mission to create a more inclusive financial system without limitations or barriers.

NEAR has set out on a mission to make blockchain simple, scalable and secure. They have modified different blockchain-related activities so everyone can participate with ease. Look further into various projects on this ecosystem and start your journey to ownership today.

Related Topics:NEAR Protocol
Up Next