Battle for dominance: USDC goes to NEAR shortly after USDT
Advertisement 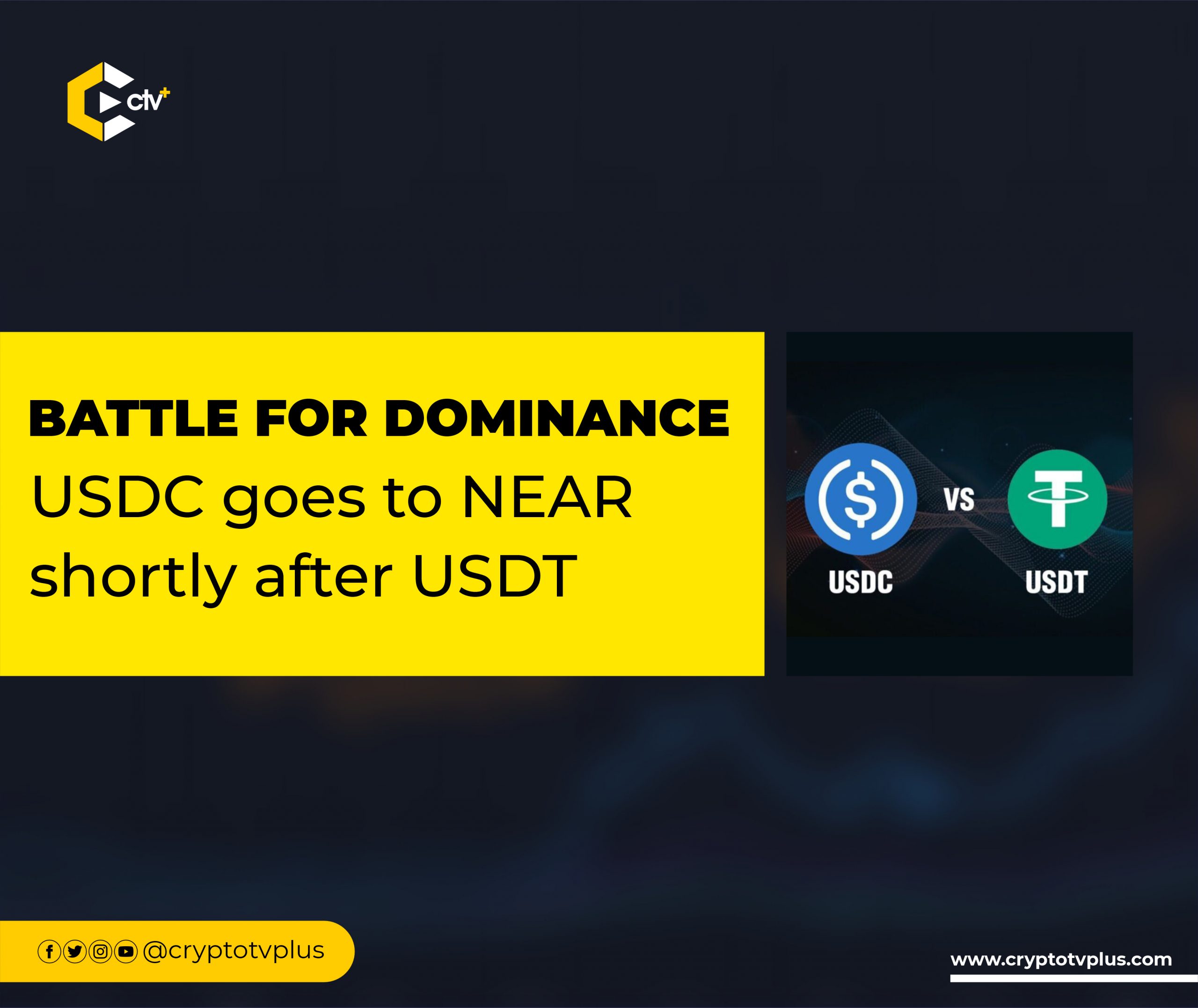 The ongoing Converge22 conference in San Francisco has witnessed the announcement of new developments in blockchain technology. One of those is the support of a multi-chain Ecosystem by USDC.

Circle Internet Financial, a global fintech company and the issuer of the USDC stablecoin, announced its partnership with Near which foretold the availability of USDC on the NEAR ecosystem.

In addition to this, USDC will also be made available on other platforms all in a bid to support a multi-chain ecosystem.

The use of USDC on the NEAR blockchain will empower developers to integrate stablecoin payment methods into their Javascript and Rust-based decentralised applications. This will not just facilitate the migration of web2 developers to the web3 world, it will also facilitate NEAR’s mission of mass web adoption while helping developers to build and explore the blockchain limitlessly.

Speaking on this, the Vice President of Product at Circle, Joao Reginatto stated that “The multi-chain expansion increases USDC’s native availability from eight ecosystems to thirteen, and enables blockchain developers building on USDC and their users to experience greater liquidity and interoperability within the crypto economy.” He further added that the extension for multi-chain support for USDC will open new opportunities for institutions, exchanges and developers to build their innovations while having the access to a trusted stable asset to facilitate this.

This announced expansion will make the number of USDC-compatible blockchains fourteen (14). USDC is already operable on Ethereum, Solana, Avalanche, Polygon, TRON, Algorand, Flow, Hedera, and Stellar. Adding to these blockchains, USDC will be operable on NEAR, Arbitrum, Cosmos, Optimism, and Polkadot.

Prior to this announcement, Binance announced its plan to auto-convert USDC and other stablecoin balances to BUSD. This was considered a setback for USDC as it was getting removed from the largest exchange although users could still withdraw their USDC balances when needed.

There has been an ongoing competition between the two largest stablecoins USDT and USDC with USDT being the largest stablecoin and USDC the second largest. The two stablecoins are on a quest to gain more relevance than the other. This quest has made the duo competitive to create innovations and in some cases compete in the same space.

In a bid to close the existing gap and gain more market adoption, Circle announced its partnership with Bybit to “help accelerate the growth of Bybit as a gateway for retail and institutional USDC-settled products,” as stated in the press release. Before this, derivative contracts on Bybit (options and futures) were primarily settled in USDT. This partnership will then make USDC a settlement option for derivative contracts on Bybit. Jeremy Allaire, co-founder and CEO of Circle, further confirmed this as he stated that “we are thrilled to have Bybit onboard as a partner in our efforts to promote greater access and adoption for USDC.”

Will USDC gain supremacy over USDT or will the dominance be usurped by the 3rd largest stablecoin BUSD?