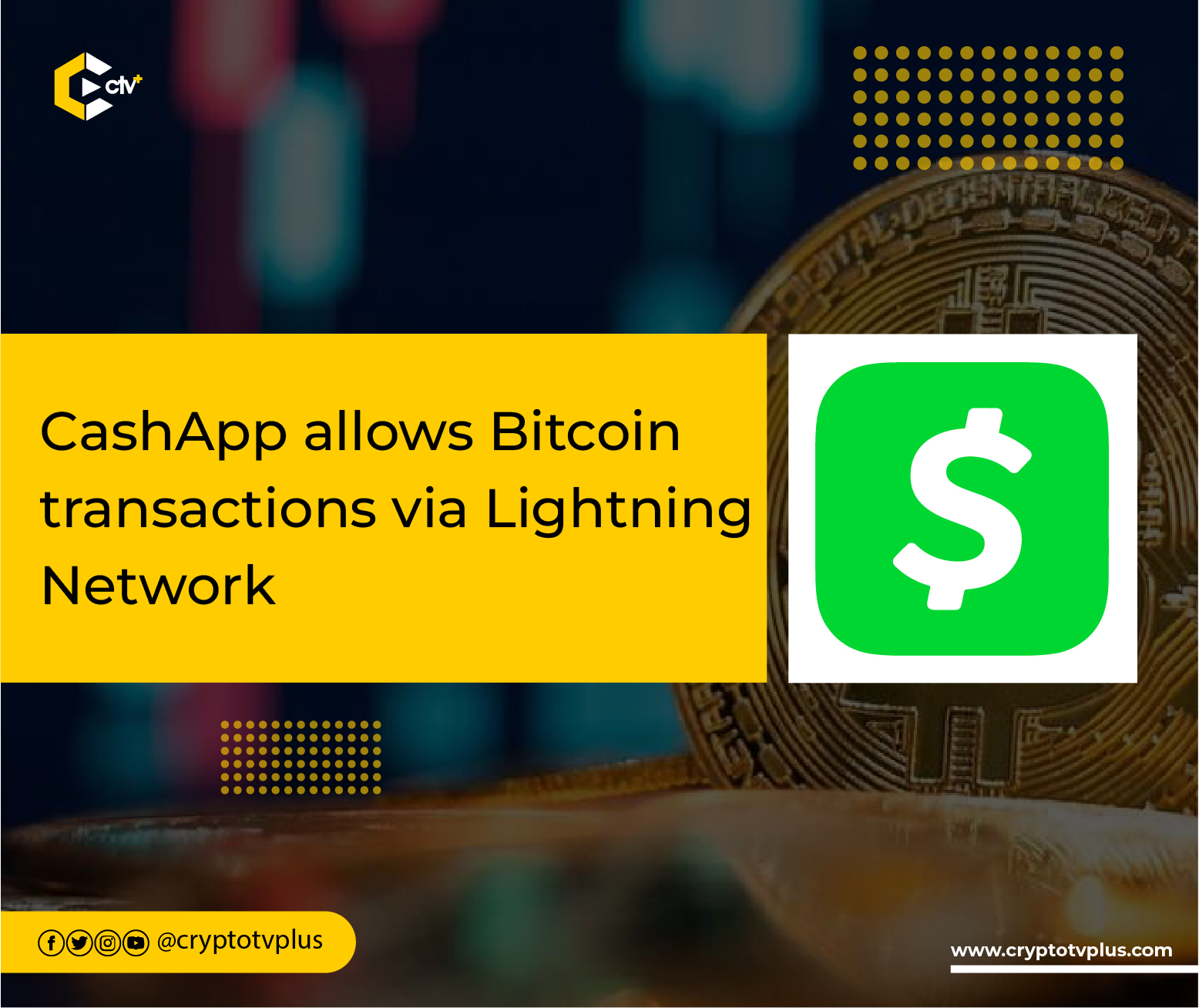 Crypto payment platform, CashApp has announced users can carry out transactions via the Bitcoin Lightning Network.

Cash App users are now allowed to transfer not more than $999 every seven days with the new feature, which is only available for users in the US (except residents of New York). Previously, Bitcoin transactions permitted by the Cash App team were limited to invoice payment.

Lightning Network is a layer 2 protocol that makes it easier and faster to send and receive transactions on the bitcoin network.

Cash App is a mobile payment platform accessible by UK and US users within their countries, and not for international transactions. It allows users to make transfers and payments at a fee of 1.5%. The team accrued a gross profit of over $2 billion in 2021.

In January 2018, October 2019, and November 2020, the platform added support for bitcoin trading, stock trading, and acquired Credit Karma Tax, respectively. In 2021, Bitcoin transactions accounted for 81% of the app’s $12.3 billion revenue.

According to the firm, this new development also allows users to make a deposit of up to $10,000 worth of Bitcoin every seven days and will be given an in-app tax form for accounting purposes. In addition, users who want to invest in Bitcoin can use the “Paid in Bitcoin” option, which attracts no fee.

Recent reports show that more than 80 million users use the Bitcoin Lightning Network, while Cash App has up to 44 million monthly active users.