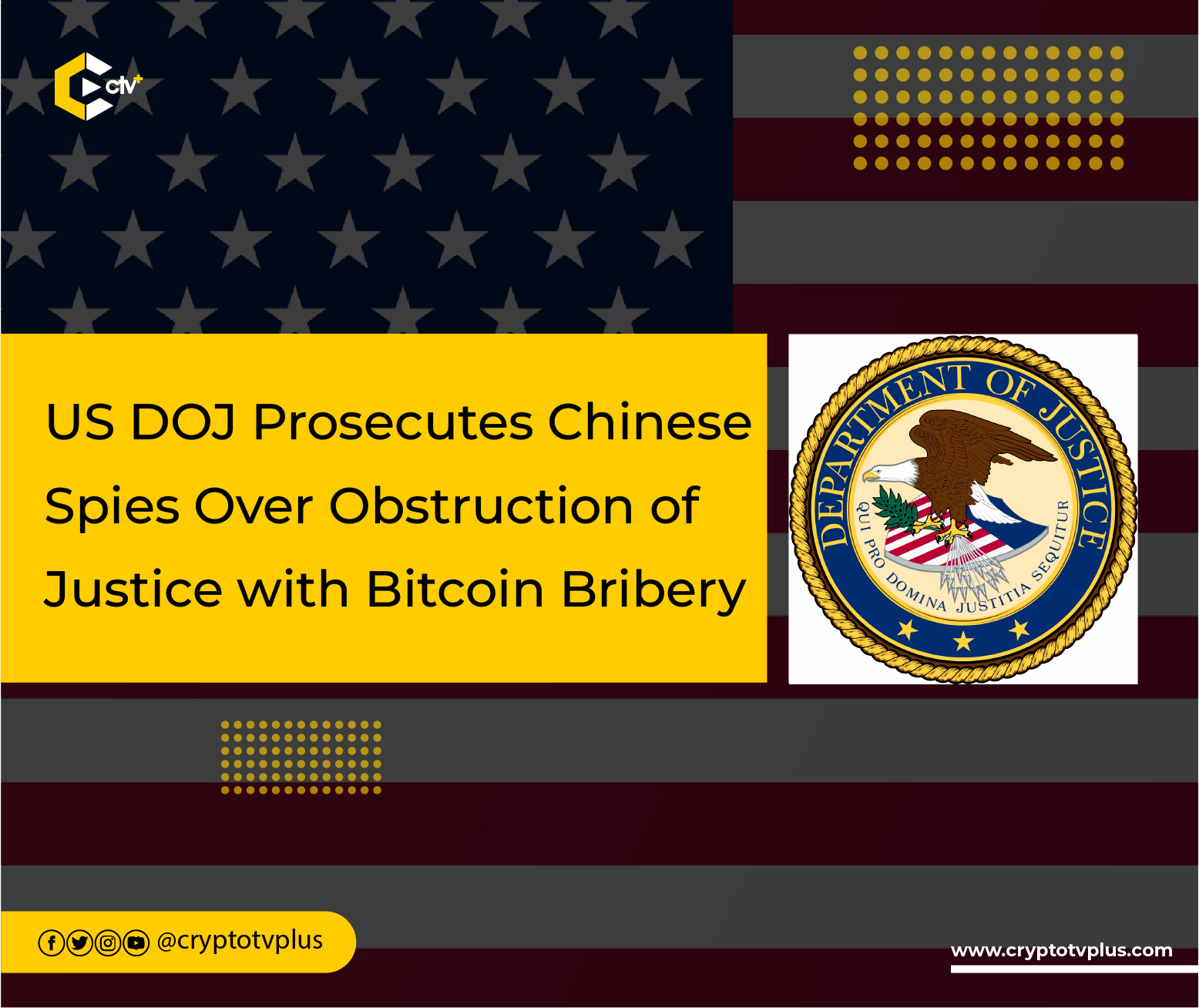 Two Chinese Intelligence Officers are facing charges in the US for obstructing justice with Bitcoin bribery. The US Department of Justice released documents on Monday, Oct 24, alleging that the spies paid bribes in Bitcoin to a US government employee. The Bitcoin bribe induced the employee to steal documents from the US Attorney’s Office for the Eastern District of New York.

According to court documents, the stolen documents are related to an ongoing investigation and prosecution of Chinese technology and telecommunications giant Huawei. However, the employee in question was also an FBI double agent.

The intelligence officers are being tried for attempting to obstruct the criminal prosecution of the telecommunications company and money laundering concerning the payment of a total of $61,000 in Bitcoin as bribes. The employee received $41,000 as the first tranche of payment in November 2021, with the second tranche of $20,000 made on October 22.

Meanwhile, Blockchain analytics firm, Elliptics has analysed the bitcoin payments, revealing that Wasabi Wallet, a blockchain mixer, was used to conceal the transaction. Further analysis indicates that Chinese Intelligence Officers regularly use the service for cryptocurrency payments. Wasabi Wallet is a privacy wallet –software used to mix Bitcoin from different sources and conceal their origin.

While the People’s Republic of China has long shown its hatred for cryptocurrencies with several bans between 2019 and this year, digital currencies have become the most preferred payment medium for covert activities due to their pseudonymous feature, among other benefits.

Why the metaverse will replace smartphones

What do you think of his article? Share your comments below.