Aptos vs. Avalanche. What you should know
Advertisement 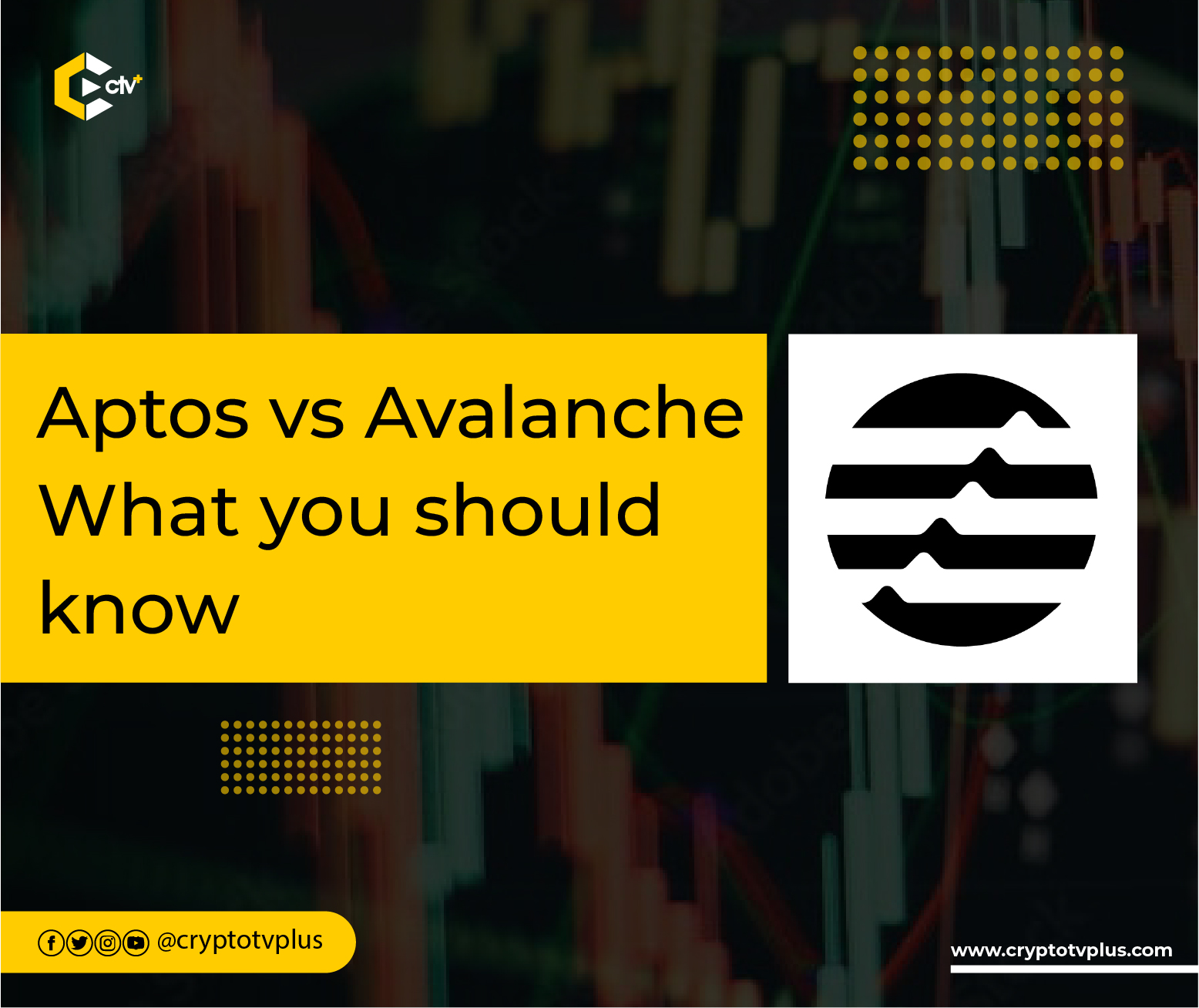 Blockchain technology is becoming more and more competitive with long-established networks like Bitcoin and Ethereum actively getting pursued by new platforms like Solana and Avalanche. And it seems another network is here to join in the race – the Aptos blockchain.

Aptos is a new and promising project that was recently launched. It aims to solve issues such as reliability, safety, and usability in most blockchain networks today and strives to rank among the top blockchains. The Aptos blockchain’s code is written with a Rust-based programming language known as Move, which was favoured by Mysten Labs’ Sui blockchain, another upcoming network.

While Aptos Labs has declared its network live, its ecosystem is still in its early stage of planning and far from complete, with dozens of teams yet to launch the wallets, exchanges, NFTs, and Decentralized Finance (DeFi), etc.

This new Layer 1 blockchain has been trending for a while now due to three reasons:

In this article, we’ll discuss the differences between the Aptos blockchain and the Solana blockchain.

Aptos was created and founded by Mohammad Shaikh. With over ten years of experience in multinational financial services and the crypto space, Mohammad has led blockchain Strategic Partnerships for Novi, Facebook’s wallet. He has also led ConsenSys strategy as an early employee and founded the ConsenSys’ Middle East Office.

Avalanche was created by Emin Gun Sirer, a Turkish-American computer scientist. As a graduate of computer science, Sirer is famous for his contributions to operating systems, distributed systems, and fundamental cryptocurrency research. He also co-developed the SPIN (operating system), where the implementation and interface of an operating system could be modified at run-time by type-safe extension code. In addition, he co-authored Karma, a virtual currency for peer-to-peer systems.

Aptos uses Move, a new smart contract programming language that focuses on safety and flexibility. It was initially developed at Meta to power the now-jettisoned Diem Blockchain. This was created to prioritize security and scalability. Aptos blockchain is not EVM compatible. Avalanche’s smart contracts are written in the Solidity language also used by Ethereum, which aims at creating a greater blockchain interoperably by integrating a number of decentralized finance (DeFi) ecosystems. Hence, the Avalanche blockchain is EVM compatible.

Consensus of Aptos and Avalanche

The Aptos blockchain uses a proof-of-stake (PoS) consensus mechanism, which is powered by a network of validators which process transactions and update the system. Similar to other PoS blockchains, the consensus voting power of each validator within the network is commensurable to the amount of Aptos tokens staked within them.

The consensus mechanism of Avalanche is different from similar blockchains. It has three interoperable blockchains: a Platform Chain(P-chain), a Contract Chain(C-chain) and an Exchange Chain(X-chain). The X-Chain helps create and trade new crypto assets, the C-Chain enables the creation of smart contracts while the P-Chain tracks and creates subnets and coordinates validators. The Snowman mechanism secures the C-Chain and P-Chain, allowing smart contracts with high throughput, whereas the DAG-optimized Avalanche consensus secures the X-Chain.

Network architecture of Aptos and Avalanche

While Avalanche is designed with an internet-like structure which can be expanded and combined in a modular structure. The platform has logically different subnets designed under the same architectural model. However, subnets are not isolated networks. They can work with the whole system.

Projects on the Aptos and Avalanche networks

As a newly launched project, a lot of projects, mainly NFTs have leveraged the new blockchain. Examples of these NFTs are Postman DAO, Rekt Dogs, Aptos Human Club, the Uglies and Insilva NFTs. Dapps such as Liquidswap, Blocto, Zaptos Finance and Topaz have been developed on Aptos blockchain.

On Avalanche, projects such as BenQi, Kalao.io, Ryval Market, and penguin finance have been developed. Also on the avalanche network are AVAX NFTs which include CryptoDappers, Moose NFTs, AvaxApes, ChiknFarm, and AVAXCELLS.

Token utility of Aptos and Avalanche

The Aptos (APT) token is represented by the symbol APT, and has several key qualities. One of which is its interoperability. APT uses a standard implementation that improves the Aptos ecosystem compatibility and interoperability. APT tokens also permit rich on-chain properties, allowing users to customize and define their own token properties, which can be easily stored on-chain. This may eliminate the need for additional metadata stored off-chain.

Avalanche, on the other hand, has AVAX as its native token. AVAX is a hard-capped asset utilized for fee payment and securing the platform through staking. Stakers are given more AVAX as incentives. Some users stake AVAX to earn passive income on the network.

TPS capacity of Aptos and Avalanche

Avalanche can complete a transaction about 0.7 seconds faster than Aptos. However, Avalanche’s time to finality is about 0.3 seconds slower than Aptos under real-world conditions. Avalanche manages 4,500 TPS, while Aptos does about 130,000 to 160,000 per subnet.

What do you think about this article? let us know in the comments