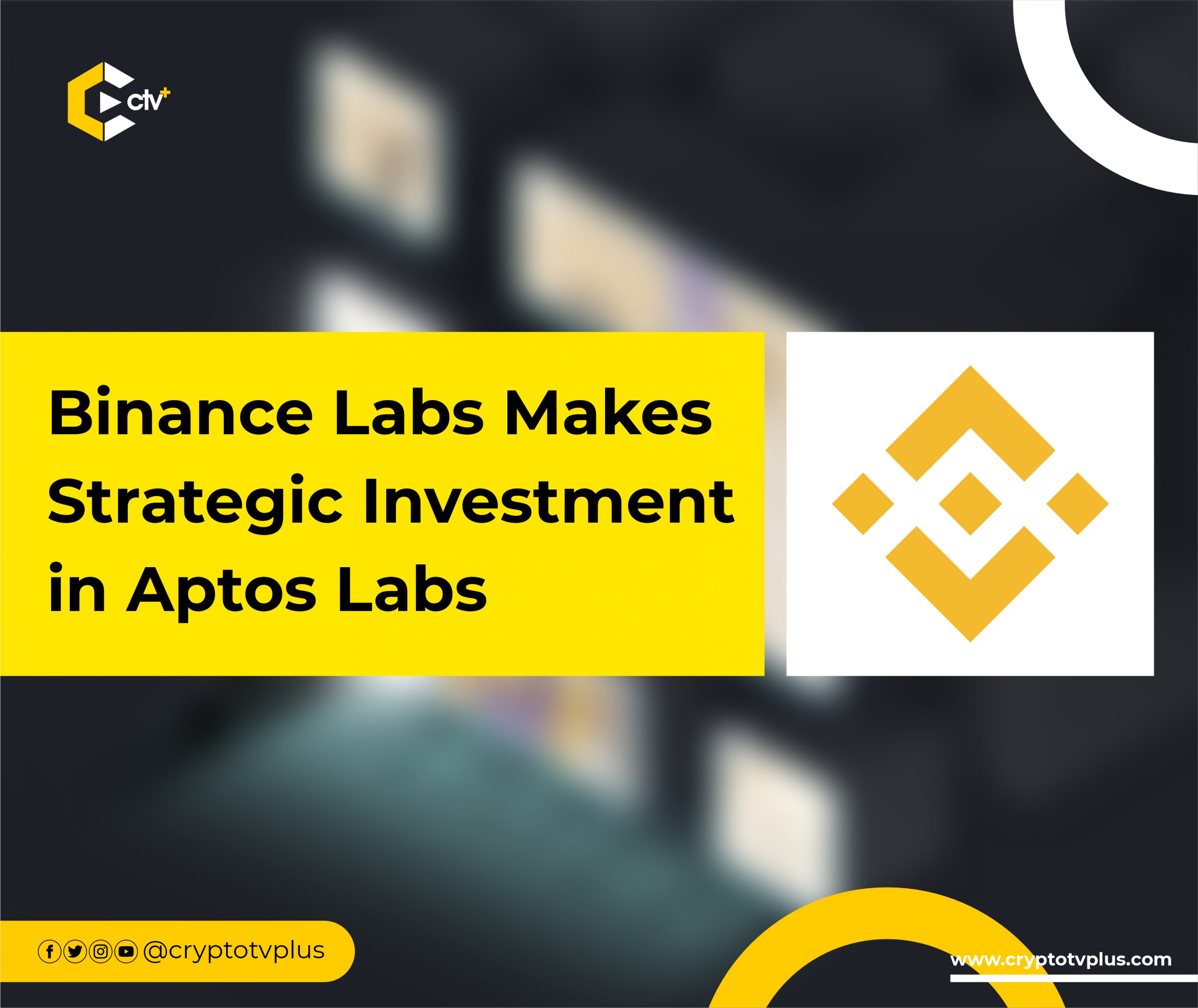 The venture capital arm and innovation incubator of Binance, Binance Labs has announced its strategic investment in Aptos labs, a layer 1 blockchain.

In a publication issued by Binance, it was stated that Aptos and Binance will work closely to grow the Aptos ecosystem through “Development, Code review, infrastructure building, hackathons and much more”. All these will be birthed through this partnership.

Through the newly generated funds from Binance, Aptos is set to add more builders and supporters to the team to make its dream of delivering to all users the safest and most scalable layer 1 blockchain possible.

According to Binance’s blog post, one of the factors that drove this investment in Aptos is the high possibility of this blockchain to “change the industry” and attract more users. In the words of Jeffrey Ma, Investment Director at Binance Labs, “…Aptos can contribute to bringing 100 million users to crypto space with the mission to create universal and fair access to decentralized assets for billions of people.” Adding to this, he stated that Binance is confident in the Aptos project as the creators have a stellar record from the Diem project they built.

Buttressing the above stated, the head of Binance Labs Bill Qian believes that the building of a faster and safer blockchain by Aptos will lead to the wider adoption of crypto. In his words, he said “We believe in the same vision that Aptos sees – building a more reliable and scalable blockchain for everybody. Eventually, the blockchain that can be used by the masses will be able to drive mass adoption of users in a wide variety of applications and accelerate technological and business innovation in those fields. Users can expect a secure and seamless experience of blockchains.”

Binance labs have been onboard with Aptos lab as they participated in the last Aptos labs’ $150 million funding round which took place earlier this year. Recently, Aptos lab has raised $200 million in a strategic round that was led by a16z crypto.  Notable companies such as Variant, Katie Haun, 3 Arrows Capital, ParaFi Capital, Hashed, Multicoin Capital, Tiger Global, IRON GREY, FTX Ventures, Paxos, BlockTower and Coinbase also participated in this round.

According to Bloomberg, Aptos lab is currently valued at around $4 billion.