What You Should Know About DAOS
Advertisement 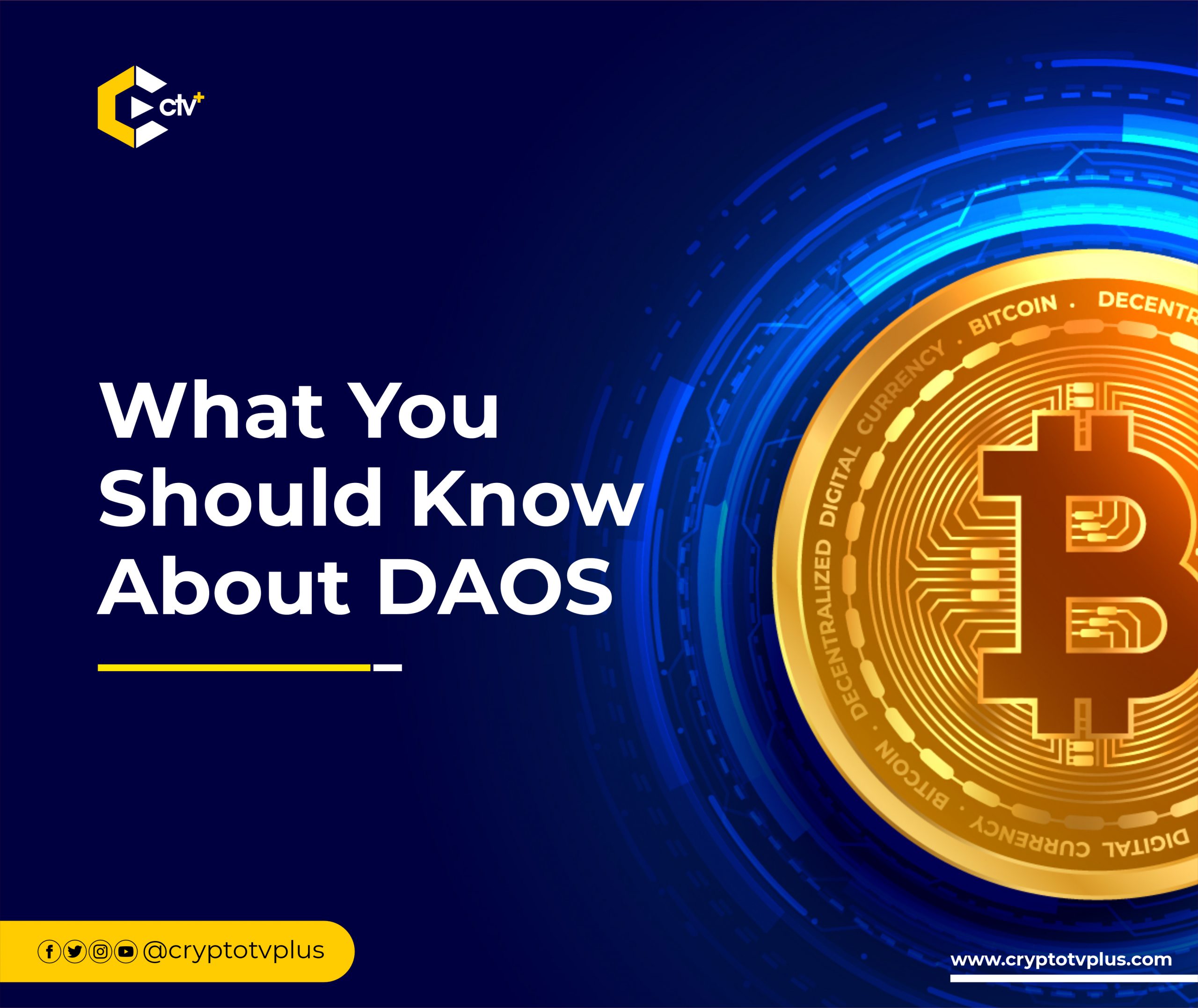 DAO (Decentralized Autonomous Organization) is an organization of different people with a mutual purpose coming together to form an entity. Just like the name implies, it is fully autonomous and independent of any central authority. It is both owned and controlled by its members. Decisions are collectively made and are based on the set of rules enforced on a blockchain. This set of rules is known as the smart contract. Smart contracts keep the fundamental guidelines, overtures, votes made and also implement the decisions collectively agreed on by its members.

The Origins of DAOs

DAO was initially launched by a group of developers in April 2016. This was done after Ethereum engineer, Christoph Jentzsch came up with an open source code for an Ethereum-based organization.

The community members through crowd funding were able to raise about $150 million worth of ETH. However, the success of this DAO was short-lived when it was hacked as a result of some vulnerabilities surrounding its code base. The hackers got away with $50 million out of DAO’s assets.

The Ethereum blockchain eventually reversed the attack and was able to restore the assets stolen but this event led to a decreasing faith from members which ultimately led to the splitting of the Dao.

Despite the failure of the initial DAO, interest in DAOs has surged over the years.

What are DAOs used for?

The underlying motive behind the creation of a DAO is to have an entity similar to a corporation in management but yet different in its governance. The lack of a central governing body or authority is what made a DAO different from a traditional institution. The entire community of a DAO are both the partakers and controllers of the organization.

DAOs are used for various purposes. It could be for investment purposes, managing stablecoins, fundraising or even buying some NFTs, without the interference of a third party.

How do DAOs work?

DAOs operate through a smart contract where its basic conceptual structure is laid out. The smart contract is highly transparent and reviewed publicly so that any member willing to join can understand the criteria by which the DAO is operated. After the smart contract has been encoded into the blockchain, the organization then finds a way to source funds which is usually obtained through the issuance of tokens.

When tokens are sold, the token holders are then given certain voting privileges which are equivalent to their token holdings. The token holders may then influence how the organization is operated.

Everything that happens in a DAO is fully visible and verifiable and any changes made are reached through a consensus via voting.

One of the most common types of DAOs is the protocol DAOs. They are focused more on a decentralized protocol like borrowing or lending and any other decentralized exchanges.

The collector DAO can be seen as an NFT DAO and is designed in a way that members pool funds together so that they can have ownership of blue chip NFTs and any other NFT collectibles.

An example of collector DAO is Flamingo DAO. Community Members of this DAO type invested their treasury funds in high-value NFTs from digital artists like XCopy, Pak etc.

Philanthropy DAOs are focused on a shared goal of encouraging initiatives which revolve around social responsibility by making an impact on the web3 arena.

An example is the first ever non-profit DAO – the Big Green DAO. Big Green DAO is connected to BIG Green, a food charity organization that teaches people about the importance of growing food and raising awareness about increasing nutrition.

How to effectively Promote Your NFT Project

Investment DAO is also referred to as venture DAOs. Investment DAO allows its members to pool funds together for the sake of investments and decide where to invest their funds.

A notable example of investment DAOs would be the MetaCartel DAOs formed by the MetaCartels ventures. It was focused on investing in decentralized applications for profits and it made provision for a low barrier to entry for members looking to join the community.

Creator/Social DAOs, or creator DAOs, is like a collaboration platform that brings like-minded people together like artists, and creatives. This DAO community has a barrier to entry such as owning an NFT or being invited to join.

A perfect example of the barrier to entry the creator DAOs have would be the  Developer DAO. Before gaining access to join a developer DAO, members must either be personally invited or own a genesis NFT.

Though the decentralized Autonomous Organization paradigm is still quite new, it is indeed gradually changing the game from how traditional organizations operate by taking away the control from centralized authorities and putting it into the hands of members.

Users from different angles irrespective of their nations, backgrounds or even trust for one another can come together to form an organization with a unifying goal.

[…] Decentralized Autonomous Organizations (DAOs) are autonomous organizations that are controlled and regulated by a set of rules through computer programs or codes. These computer codes are called smart contracts. As a decentralized organization, DAOs exist and operate on a blockchain platform. To learn more about DAOs, read this. […]… Read more »