What you should know about NFT Financialization
Advertisement 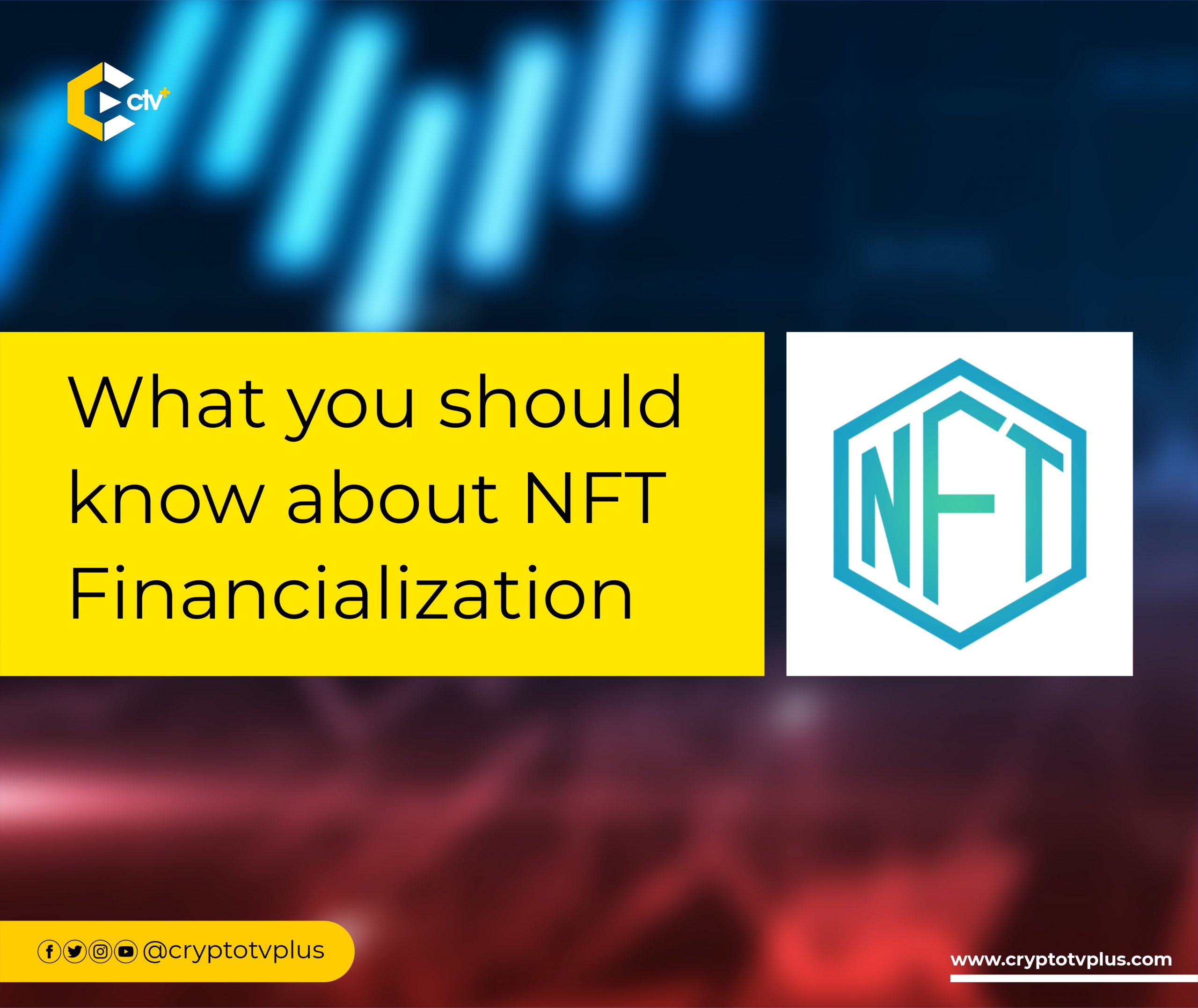 Going back in the history of NFTs, a record was broken when digital artist Mike Winkelmann known as Beeple sold an NFT ‘The First 5000 Days’ for a whopping sum of $69 million at a major house auction in London. Ever since then, this occurrence gave rise to a surge in the sales of NFTs with NFTs rapidly increasing in value.

While it’s true that NFT ever since its arrival has awakened so much interest in people, it is also true that they are considered illiquid assets. To facilitate  participation and greater liquidity in the NFT space, different dynamics have been adopted. One of which is the financialization of NFT.

We now see cases of NFTs getting rented or loaned out. In October 2021, a loan of $1.4M  through the NFTfi marketplace was obtained by the owner of the NFT Autoglyph #488, while putting up his NFT as collateral. Borrowers and lenders can access the NFT-collateralized loan through the different lending marketplaces like NFTfi, Arcade, Nexio.io etc.

What is NFT Lending?

NFT lending is a way of making money with your NFTs without actually selling off your NFTs. With NFT lending, a borrower puts up an NFT asset as collateral to get a loan which is usually funded by another person looking for returns on investment.

The concept of NFT lending stems from the problem of illiquidity in the NFT market.

While a cryptocurrency can be sold much easily, for NFTs, the case is not the same, it could take a long period of time before an NFT can be sold.

This problem shows the essence of NFT lending in the marketplace. It offers a solution to the illiquidity in the NFT marketplace by lowering the high cost of entry, thereby increasing more participation in the NFT space.

Majority of the NFT loans are only offered in decentralized platforms like Arcade. Only few centralized finance(CeFi) platforms offer NFT lending, for example BlockFi, Nexo etc.

The decentralized finance platform make use of smart contracts in facilitating the loans and making sure agreements are kept.

How does it work?

Different platforms support the idea of NFT loans. Using these platforms, NFT owners can borrow funds, negotiate and set terms for a specified time without the interference of any centralized authority – a term referred to as DeFi.

The  DeFi protocol makes use of a smart contract which represents an impartial third party that allows users control of their funds.

The amount of loan a borrower can get is usually about 50% of the value of the NFT with interest going from about 20% to 80% based on how popular the NFT is. The protocol backs up a lot of NFT collections which includes the blue chips like Bored Ape, CryptoPunks,  etc.

What you should know about NFT Floor Price

Similar to the concept of NFT lending is the NFT renting launched by IQ protocol. NFT renting allows the usage of a specific NFT for a limited time without gaining ownership of it. This can be likened to paying to use a car just for two days and returning it to the owner after the two days have elapsed.

A rented NFT can be anything from in-game assets to collectibles to art e.t.c

Just like NFT lending, the NFT rental process is done via a smart contract between the renter and the borrower in either a collateralized lending or collateral-less lending manner depending on the terms agreed on between the two parties.

The upsides of NFT Financialization are diverse. With the extensive number of people looking to give a shot at owning or using some of the features of an NFT asset, NFT rentals have reduced the existing cost barrier that hampers the entry of people into the NFT space. Lending as well is providing more liquidity in the market. Owners of NFTs can now even earn without having to give up ownership of their assets.

Above all, with the integration of DeFi elements, the NFT market has expanded and made it possible for a mainstream appeal. With the success of this concept, the NFT industry might just come up with another huge idea that will create an even greater buzz.

How to Open a KuCoin Account and Make Your First Trade

What You Should Know About DAOS

[…] What you should know about NFT Financialization […]