What You Need To Know About Animalia
Advertisement 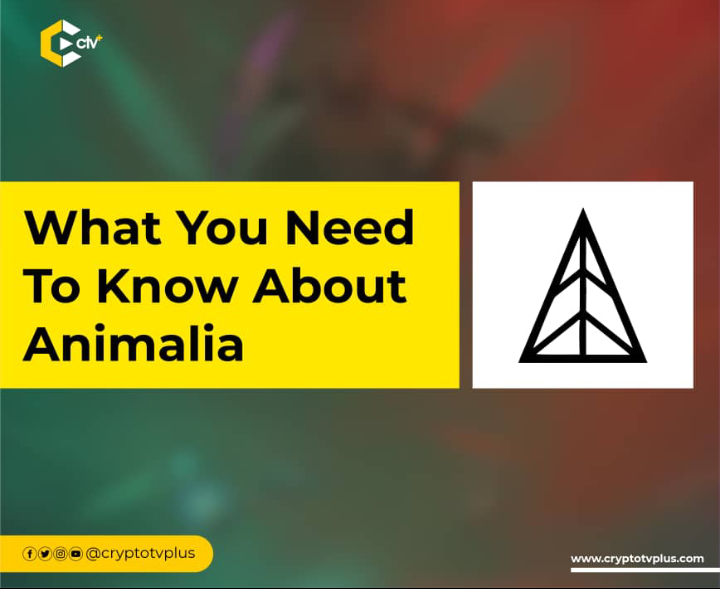 It was co-founded by Bill Chua, Edy Lim and Joe Phang, a group of gaming friends who birthed the idea of popularizing crypto-inspired meme critters and gemstones in the form of NFT cards. These NFT cards are customizable and tradable using block technology.

The game attempts to introduce Blockchain technology to the public in a captivating and enjoyable way and players can freely join the game. The players will also be offered the opportunity to purchase, sell or trade in-game cosmetics or rare items to customize their decks and game boards known as Landscape.

Animalia stands out from other online games because of its distinct features, one of which is, handing over complete ownership of a player’s in-game collectables to the player. As individuals, we love to be in charge and Animalia presents players of the game with such opportunities. Players are allowed to Sell cards to other traders, Battle with other players, and Create their Nfts amongst others.

Animalia is a quick turn-based card game of decisions and outcomes. Each match consists of a 1 versus 1 struggle between two rivals. The game’s participants take turns using cards from their hands to perform potent spells, outfit themselves with powerful gems, or call creatures to fight on their behalf. The game can be played between human players, two human players, or one human and an AI computer opponent, depending on the player selection.

One of the amazing features of Animalia is the bonding features which allows players to bond their current NFTs cards to exchange for a new card pack that can be used in-game or traded on the marketplace. At a basic level, players are allowed to combine their “existing critters” NFTs and a portion of $PHL to exchange a “Card Pack” if they desire to. This is called “bonding”. However, please note that all these details are susceptible to change depending on Animalia’s $PHL ecosystem.

Another outstanding feature of Animalia is the Crafting features, which allows players to craft their current NFTs cards in order to upgrade to a higher tier that can be used in-game or traded on the marketplace.
At a basic level, players are allowed to combine their existing critters NFTs and a portion of $PHL to upgrade and get a random higher-tier critter card if they desire to. ‘This is called “crafting”. However, please note that all these details are susceptible to change depending on Animalia’s $PHL ecosystem.

The Animalia Marketplace presents players with the opportunity to buy, sell, rent, exchange and auction their cosmetic Nfts into tokens. The native currency on this platform will be $ANIM. Apart from the NFT contract, there will be 3 layers of the contract to ensure the functionality of the marketplace which includes: Presale contract, Marketplace contract and Payment contract.

Amongst others, the main purpose of the $ANIM token is to serve as a form of trading currency that players can spend whenever they want to buy new assets from the Animalia Marketplace.

Read also;
Move, Socialize and play to Earn on IguVerse
Earn From The World of Galactic battles with Cantina Royale
All you need to know about Crypto Citizen
What You Need To Know About Soul of Meta

How to Purchase items with $Anim

Usually, Animalia Marketplace is the initial point of contact when NFTs are released. In order to trade these NFTs, players will have the option of using $ANIM or $BNB as their trading currency. Additionally, Animalia would add a chance-based card pack feature using random algorithms to produce rare collectible objects.

Users would be required to hold a minimum number of $ANIM tokens and to make all purchases using $ANIM tokens in order to purchase higher-tier card packs.

This way, $ANIM is not only tied to the heart of the economy but also ensures $ANIM moves sustainably through it in the coming years.

Despite being a young and growing game app, over the months, Animalia has partnered with Seedify, NFTb, Master Ventures, Lavender Capital, ANYPAD, GAINS ASSOCIATES amongst others.

What do you think about this article? Let us know in the comments section

How to open a Bybit Account & Make Your First Trade

Crypto Trading: How to Protect Against Liquidation

What You Need To Know About Animalia - CryptoTvplus -