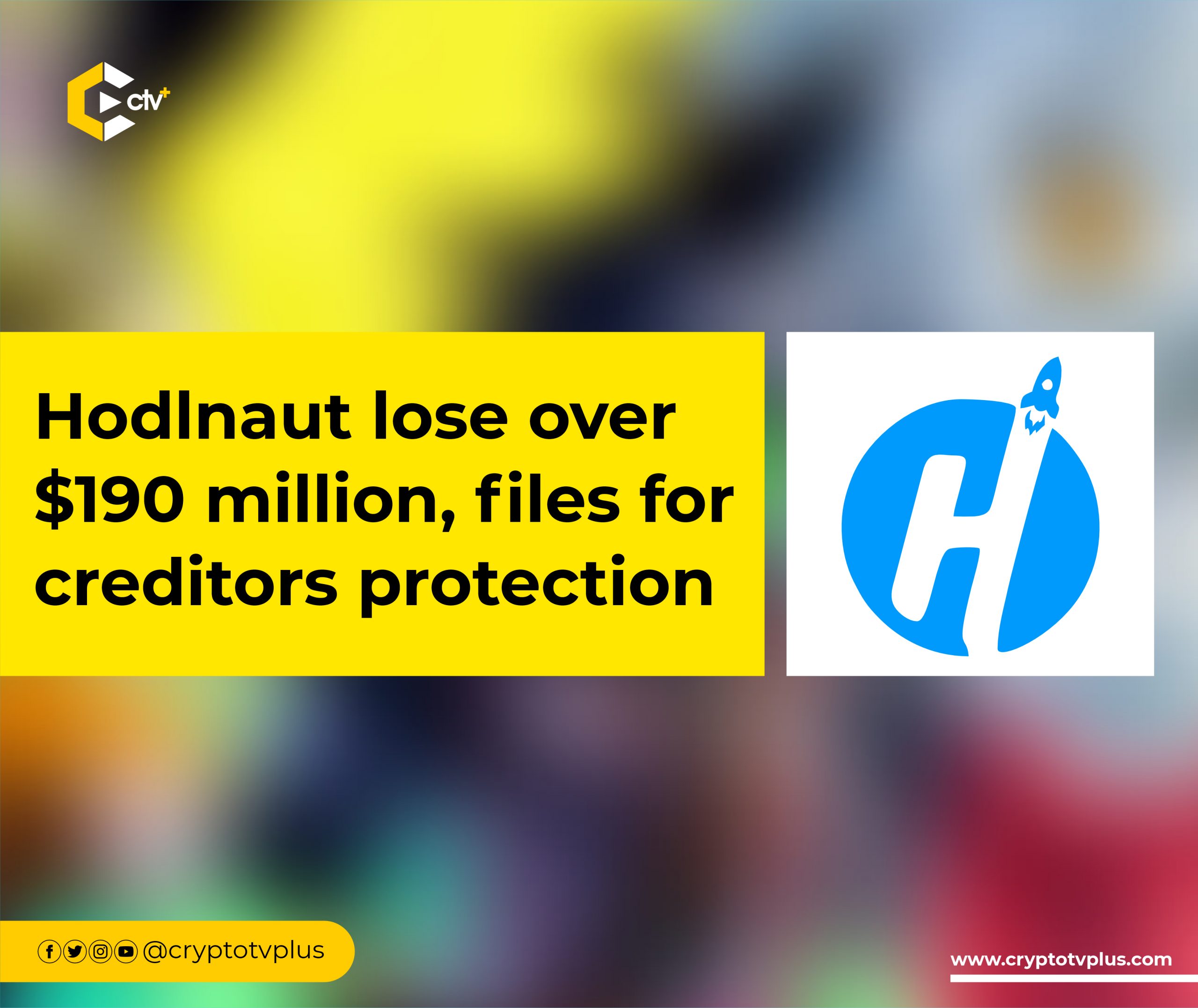 Hodlnaut has filed a court affidavit in Singapore seeking creditors’ protection. This comes after findings show that the crash of UST, under the Terra ecosystem, affected the liquidity of Hodlnaut.

According to the affidavit that was made public on August 19, Hodlnaut has a cryptocurrency Asset to Debt ratio of 0.31 due to its outstanding liability of SGD 391 million (about $281 million), and assets of SGD 122 million (approximately $88 million).

This situation has led the lending firm to lay off about 80% of its staff since the crash of the UST stablecoins where the company had about $317 million in UST. Between May and July, Hodlnaut reported a loss of $189.7 million, a massive withdrawal of $150 million by customers, and a depletion of their BTC and ETH reserves.

China Tech company and Singapore University to Research on Blockchain

As a result of these losses, Hodlnaut filed an affidavit of protection for more than 17,000 customers in which each customer receives 25 cents on the dollar. Hodlnaut believes that this is better than complete liquidation which will take more time.

The team is in talks with FTX and other liquidity providers to ensure the plans work out as stated in the Affidavit.

While Hodlnaut is trying to manage its loss, other Singaporean firms, Zipmex and Vauld were also affected. Zipmex, which operates in Thailand, Australia, and Indonesia, stopped withdrawals from Z wallet containing $53 million worth of cryptocurrencies on Babel Finance and Celsius.