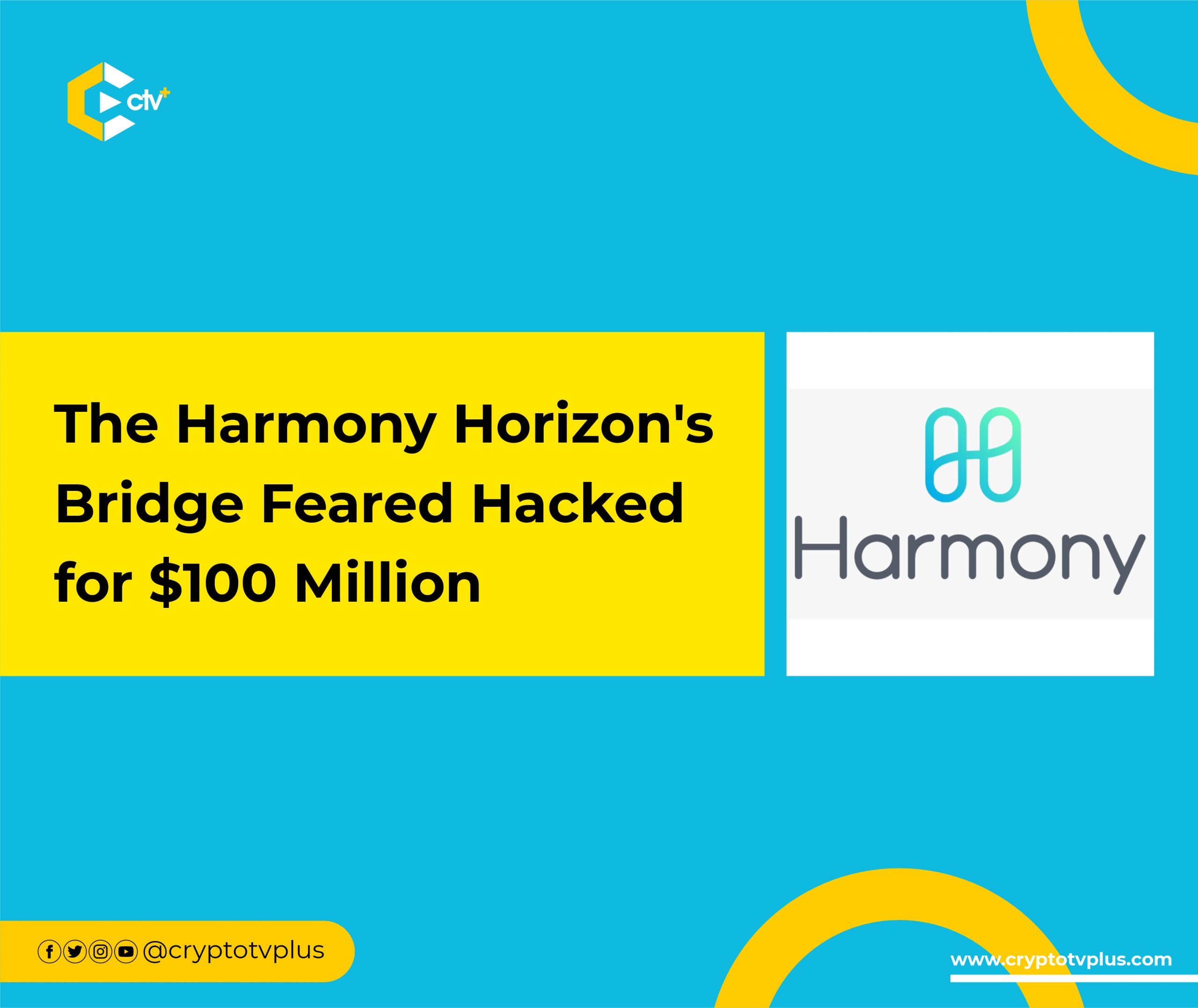 The Harmony network’s Horizon Bridge has been halted as it is suspected of being hacked for up to $100 million in altcoins. Harmony is a layer-1 blockchain that uses the proof of stake consensus mechanism; its native token goes with the ticker ONE.

The Harmony layer-1 blockchain horizon bridge that facilitates token transfers between Ethereum, Binance Chain and Bitcoin has been exploited and swapped for Ethereum (ETH). The hack is said to be worth about $100 million in altcoins, but the bridge operator who reported the attack asserts that its BTC bridge has not been affected yet.

A twitter post made by the Harmony team in the early hours of June, 24th 2022, confirmed that it has identified a theft in its Horizon bridge when the transactions made from the bridge for various tokens were siphoned to an unknown address. The team also said it has taken the incident to national authorities and forensic specialists to bring the culprit(s) to book and possibly recover the funds they made away with.

The soundness of the Ethereum network Horizon multisig wallet has long been questioned since all that is needed to drain funds is two out of the four signees. The Harmony network hack in this direction may confirm the community’s previous concerns, attesting to the robustness of two of the four multisig that allegedly secures the bridge.

Cryptocurrency developers have as well expressed concerns about the safety of token bridges. Notably, Chainstride Capital co-founder Ape Dev also made comments in regards to the bridge downsides. In a Twitter post he made in April, he said that the minimal number of needed signers would leave the bridge exposed for another 9-figure hack.

This prediction has come true, seeing that the bridge’s assets are running short of $100M.

Vitalik Buterin in his post on Reddit this January discussed the issues with token bridges. He wrote that exploits on bridges heavily affect the liquidity of each chain involved. He further said that an increase in the number of token bridges could pose a threat of a 51% attack on one chain that is also likely to present a greater transmissible risk to others.

After his prediction, bridges like Meter’s token bridge, Wormhole Bridge, and the Axie Inifinity’s Ronin Bridge, were exploited for close to $1 billion all combined.

The prices of all the affected coins and tokens have not changed significantly, suggesting that the market has not yet reacted to the attack. However, over the previous 24 hours, ONE has decreased 7.4%, with the most of the decline occurring in the last 5 hours. According to Coinmarketcap, it is currently trading at $0.024.