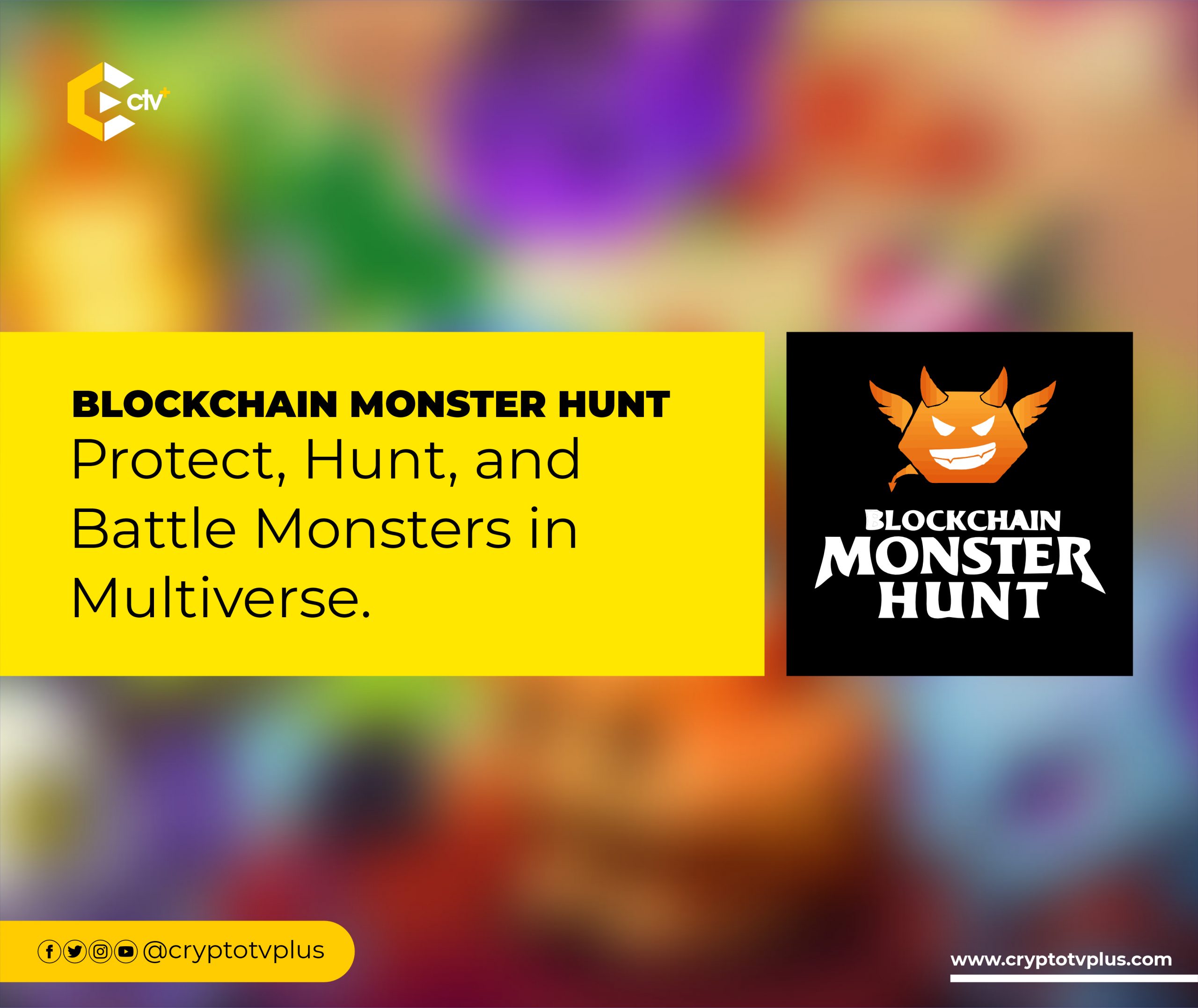 Blockchain Monster Hunt (BCMH) is a cross-chain NFT collectible game. It is a game that allows players to continuously explore brand-new locations on the blockchain to hunt and battle evil monsters.

Around September 2021, a group of developers came together to analyze the cryptographic hash functions of multiple blockchains to find a way to boost transaction speed. During the findings and analysis, they realized that some human-like species were living in the blockchain.

Those new species were randomly created alongside the new generation of blocks and were called “Monsters”. They look unique and cute with different attributes and rarity. The scientists categorized the Monsters into 500 species and de-compiled the images of those species using binary data in the block hash.

Playing to earn in BCMH can be sectioned in two ways:

However, players can further increase the success rate by using more Energy as a ‘catching booster’. When a player has gained ownership of a monster, they can either sell them on the marketplace to get $BCMC or stake them in the monster council program for a reward in Energy. The energy can be easily converted to $BCMC.

Ii. Battling Monsters: Battling the evil monsters can be very challenging, but rewarding. You can train your monsters by putting them to battle with other monsters. After every battle, even when you lose your monster, you will earn an EXP score to gradually level up. When it reaches a higher level, the battle power will increase accordingly then it could wind the battle or come back with stronger monsters to earn more rewards. Battling monsters is played in two ways; PvE (Players Versus Engine) or PvP (Player Versus Players) either way, players will receive rewards either in Energy, Token, or NFT of Partner Chain and Game upon the specific campaign, or other in-game items.

There are currently over 1000 monsters in BCM hunters metaverse. They are born every time a new block in the connected chain system is born with the purest attribute that is defined by the blockchain hatch. By origin, there are four types of monsters in the blockchain monster multiverse.

It is used for all in-game activities, from paying fees, teleporting, catching monsters and boosting catching success rate, competing in a battle, topping up Stamina or rewards.

Users can convert $BCMC to Energy at the beginning or during the game session. Energy can also be converted to $BCMC.

$BCMC is a multi-chain (ETH, BSC, Moonbeam & Polygon) token, and players can freely move $BCMC onto any chain without waiting or bridging their tokens via 3rd party platforms.

$BCMC is needed to top up Energy, the in-game intermediary currency used for all game activities.

It is also available for farming with;

Total Supply: 1Billion (Across all chains)